Places to visit in the Lake District 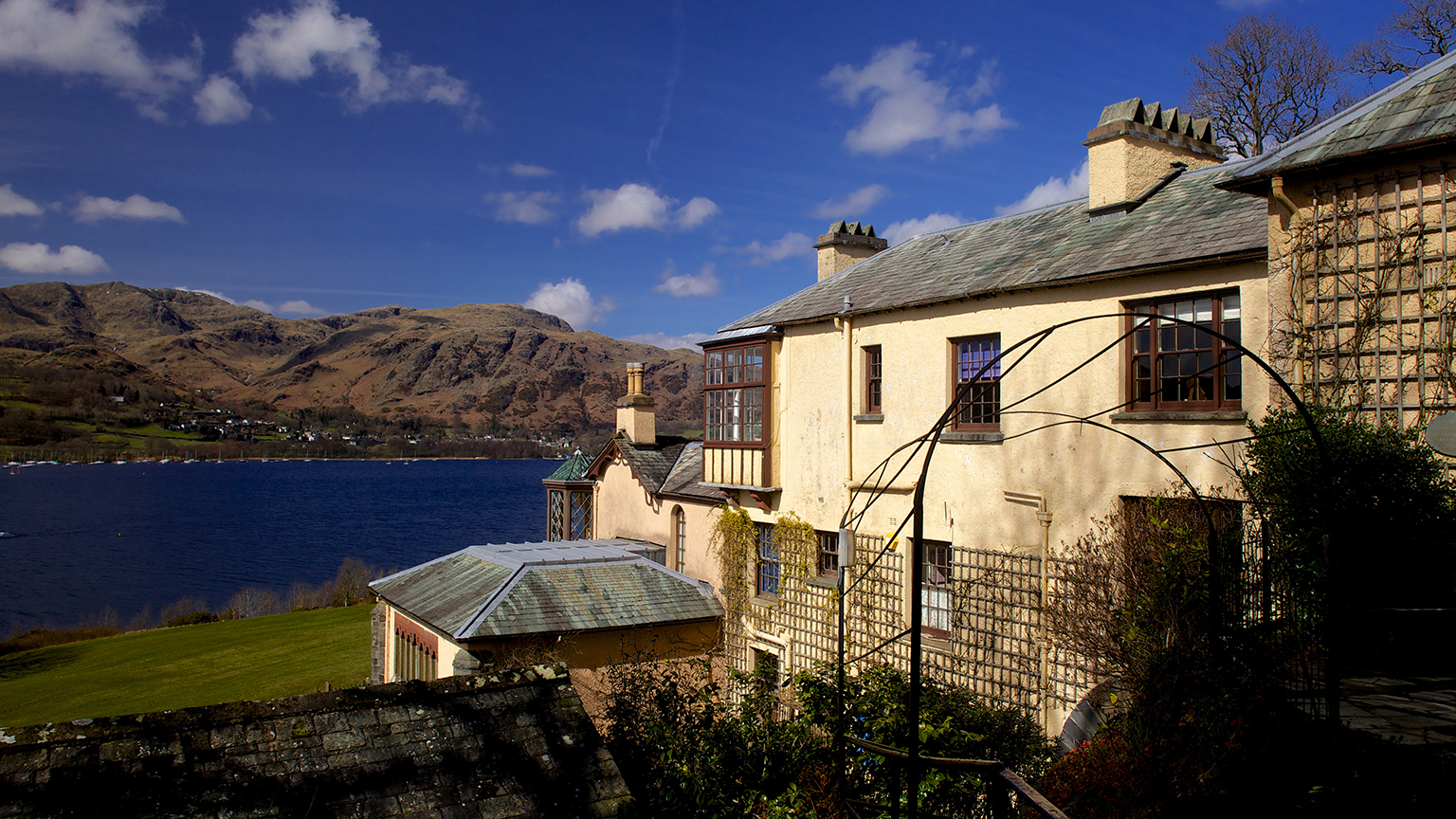 ‘You will never love art well till you love what she mirrors better,’ wrote the artist and art critic John Ruskin in 1872, the year that he moved to Brantwood, set on a slope overlooking Coniston Water in the Lake District, which was to be his home for the final 28 years of his life. And there is arguably no better place to fall in love with nature than this region of Cumbria, where, on a misty morning, the grey water meets the even greyer sky in a haze of low-lying cloud and the pale sun pierces the heavens with a silvery blade.

Spanning 250 acres, Brantwood’s landscaped gardens are maintained as Ruskin planned them, including a zigzagged plantation rising up the hill that was meant to represent the mountain of Purgatory from Dante’s Commedia. Visitors can sit in his stone seat and marvel at the waterfalls and moss, lichen and ferns, while, inside the house, kept as an inviting home, books from the original bookcases – recently reacquired from the local undertaker – can be enjoyed sitting by the fireside in one of Ruskin’s comfy chairs. 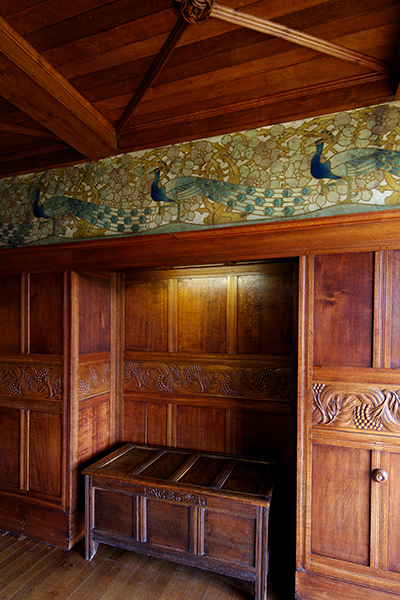 Another house where visitors are invited to sit and while away the afternoon is Blackwell: the Arts & Crafts House, designed by architect MH Baillie Scott, just a short drive away in Bowness-on-Windermere.

Preserved intact thanks to years used as a girls’ school, with boards put up to protect the original features, every detail has been exquisitely crafted, including firedogs topped with berries, leaf-shaped door handles, a rare Baillie Scott upright piano which visitors can play, and an intricately painted peacock frieze.

The house tells the story of the Arts & Crafts movement, alongside a programme of temporary exhibitions which responds to the idea of removing distinctions between craft and fine art.

Wordsworth in the Lake District

In the hamlet of Town End, close to nearby Grasmere, visitors can enjoy a half-hour guided tour of Dove Cottage, erstwhile home of the Romantic poet William Wordsworth and his family.

The cottage, the adjacent Wordsworth Museum, and the sympathetically designed Jerwood Centre (opened in 2005 as a secure repository for the archive, as well as a research library), are today run by the Wordsworth Trust, whose collection includes a great number of watercolours and drawings, many (not least the stunning late JMW Turner watercolour of Ullswater) acquired with Art Fund support; portraits of Wordsworth and his contemporaries; manuscripts; and more than 90 per cent of Wordsworth’s verse drafts.

A haven for artists

Ruskin’s name is synonymous with the Lake District and, in Coniston village, a museum, set up by his aide-de-camp WG Collingwood, bears his name. Alongside a fine collection of works by Ruskin himself, the Ruskin Museum also tells the story of the local region, covering coppermining, lace-making, and slate-quarrying, among much else. The museum is also home to the partial remains – soon to be restored – of world speed record-breaker Donald Campbell’s hydroplane Bluebird K7, which he fatally crashed into Coniston Water during his eighth world record attempt in 1967. 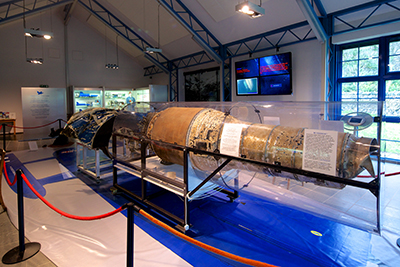 The jet engine from Bluebird K7 at the Ruskin Museum, © Philip Sayer

Another artist who spent his final years in the Lake District is the German-Jewish émigré Kurt Schwitters, master of Dada and his own derivative, ‘Merz’, for which he used fragments of discarded materials, such as bus tickets and broken wood, to create collages and constructions. The shell of his former studio, the Merzbarn, stands in nearby Elterwater, and a collection of his portraits and paintings of local scenes, five of which were acquired with Art Fund support, is on permanent view in the Armitt Museum in Ambleside.

Founded as a library in 1912, the collection soon expanded beyond books and now contains the only gift of works by Beatrix Potter donated during her lifetime. Best known for her children’s books, Potter was also a prize-winning sheep farmer and a skilled mycologist (expert on fungus). Her watercolour illustrations of fungi, other wonders of nature, and Roman artefacts can be enjoyed here, alongside a picture letter she wrote in 1893 which, eight years later, was to become the basis for The Tale of Peter Rabbit. 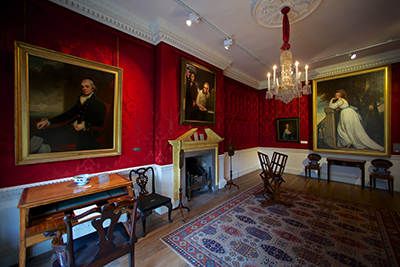 Abbot Hall Art Gallery in Kendal also has a number of Schwitters’ works on permanent display, as well as a room done out in period style, with glorious red wallpaper, the perfect backdrop for its collection of works by local-born Georgian portrait painter George Romney. Amid its 6,000 or so works, the gallery also boasts a significant collection of 20th-century British art, brought out through its impressive programme of temporary exhibitions.

Across the courtyard in what used to be the stables is the Museum of Lakeland Life & Industry, a charming venue, with rooms now done out like the interior of a Victorian farmer’s cottage, and including a walk-through recreation of Kendal High Street in the 19th century.

A place of renewal

Both Abbot Hall and the Wordsworth Museum are soon to undergo considerable refurbishment as part of a multi-venue arts project, led by Lakeland Arts and the Wordsworth Trust. This will also include the creation of Windermere Jetty Museum of Boats, Steam and Stories, due to open later this year. Following the inscription of the Lake District as a Unesco World Heritage Site this spring, it seems as if the region, already long-loved by those with artistic temperaments, is getting some well-deserved attention, both for its art and for that which it mirrors.

This feature was originally published in the summer 2018 issue of Art Quarterly, the magazine of Art Fund.