Fisun Güner takes a look at John Akomfrah's installation recognising the millions of Africans and people of colour who fought in the First World War. 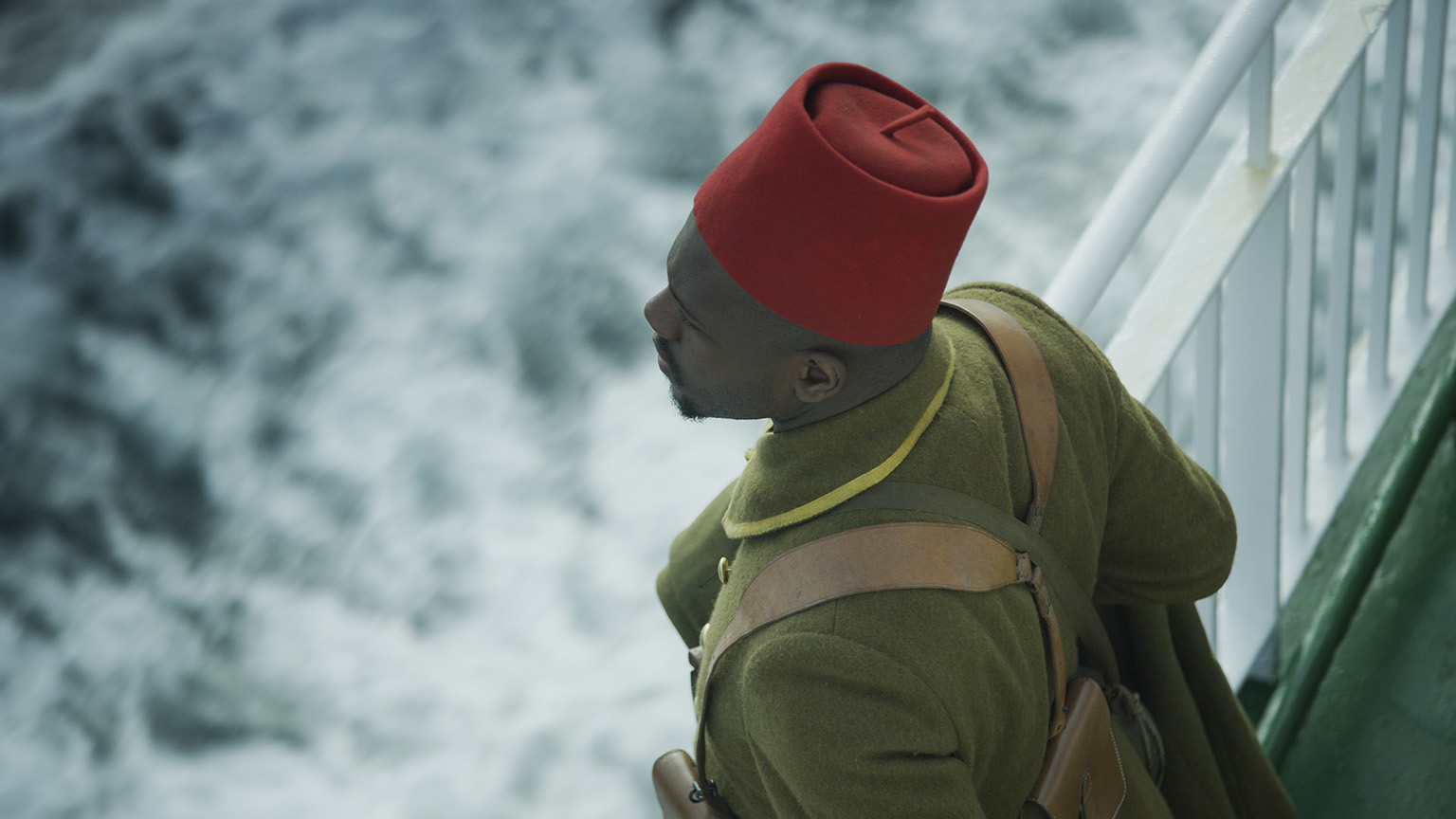 The art and poetry of the First World War, by official war artists as well as those serving as soldiers, has been the filter through which many today have come to understand the conflict. Through them we’ve come to appreciate the conditions of war as experienced by the average Tommy, ordinary British soldiers who fought, and died, in their millions.

Today, that global conflict has wider demographic references in recognition of colonial ‘Tommys’ conscripted as part of the British Empire. More than a million non-white combatants from the subcontinent and Africa served at the Front in France and Belgium, while many African people were given the lowliest jobs as carriers, lugging heavy supplies and equipment. John Akomfrah, winner of 2017’s Artes Mundi prize, is one of an impressively diverse range of artists who have worked with 14-18 Now. The arts organisation was set up to invite artists to make work to mark the war’s centenary, and the British-Ghanaian artist has responded through the lens of Empire, focusing on the African contribution to the pitiless war effort.

His three-screen film installation Mimesis: African Soldier lives up to Akomfrah’s sumptuous production values. Like his earlier films, Auto Da Fé (2016) and Vertigo Sea (2015), Mimesis possesses a still and dream-like quality, as archive war footage is intercut and juxtaposed with footage of uniformed black actors who inhabit, very much like ghosts or silent witnesses from the past, a landscape that has long forgotten – unlike these soldiers – the effects of war. Powerfully, the film suggests the profound longing for home evoked by Rupert Brooke in the war poet’s own imagined corner of England, described in his celebrated poem The Soldier.

Mimesis: African Soldier is free to all until 31 March at Imperial War Museum, London.

This review was originally published in the winter 2018 issue of Art Quarterly, the magazine of Art Fund.