Fisun Güner takes a look at how photographers have captured the quirks and eccentricities of the seaside holiday in The Great British Seaside: Photography from the 1960s to the Present. 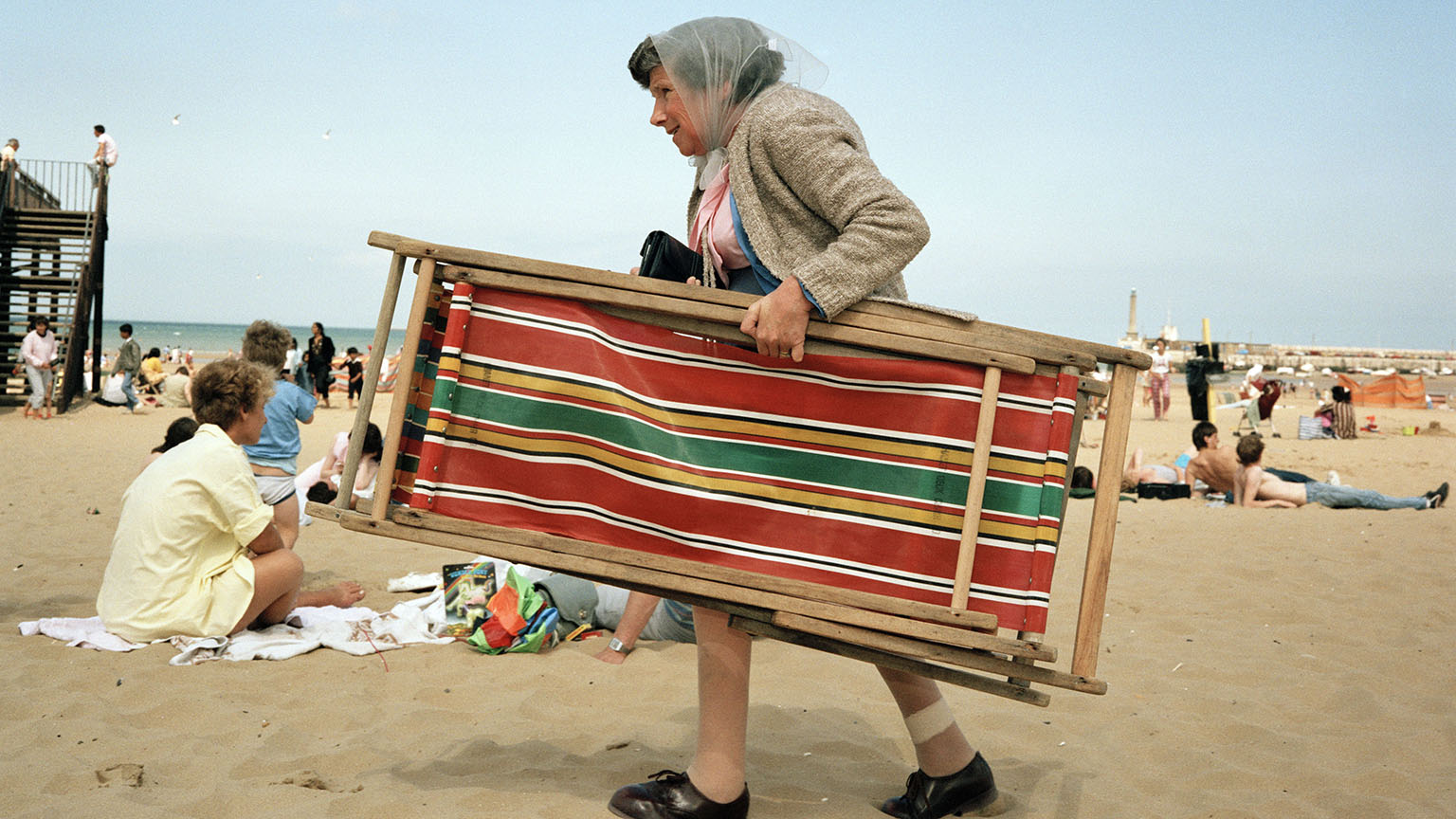 In the 1960s there was an upsurge of Brits taking foreign holidays. In the 1970s, when Y Viva España became the earworm summer anthem of the decade, the Costa Brava was a favourite destination for British families on cheap package holidays.

Back in Britain, the long decline of the great British seaside was part of the wider industrial slump in the UK. B&Bs, amusement arcades and the unreliable weather were losing their attraction. With this downturn came nostalgia, not just for the heyday of the British coast but, as in the case of the late photographer Tony Ray-Jones, a loss of cultural identity.

Ray-Jones, who features alongside three contemporary photographers influenced by him, in the National Maritime Museum’s survey of five decades of British seaside photography, regretted an encroaching Americanisation. In the mid-1960s he travelled the country, turning his camera on largely working-class day-trippers crowding beaches and promenades from Scarborough to Broadstairs. His black-and-white images home in on the quirks and eccentricities of the English at leisure. In one image an elderly lady sits proudly in her beach hut that she’s lovingly decorated as a home from home.

Martin Parr has been instrumental in renewing interest in Ray-Jones, though his own work borders on satire. His lurid colours also show his attraction to American photographers such as William Eggleston. David Hurn’s images are gently affectionate, featuring groups of women in windblown saris, whereas Simon Roberts’ large format images owe more to a British landscape tradition, with low horizons and distant figures forming patterns on the beach.