Map of Days, a self-portrait by Grayson Perry, will feature in a new Channel Four television series and a display in Bath after being bought with Art Fund support. 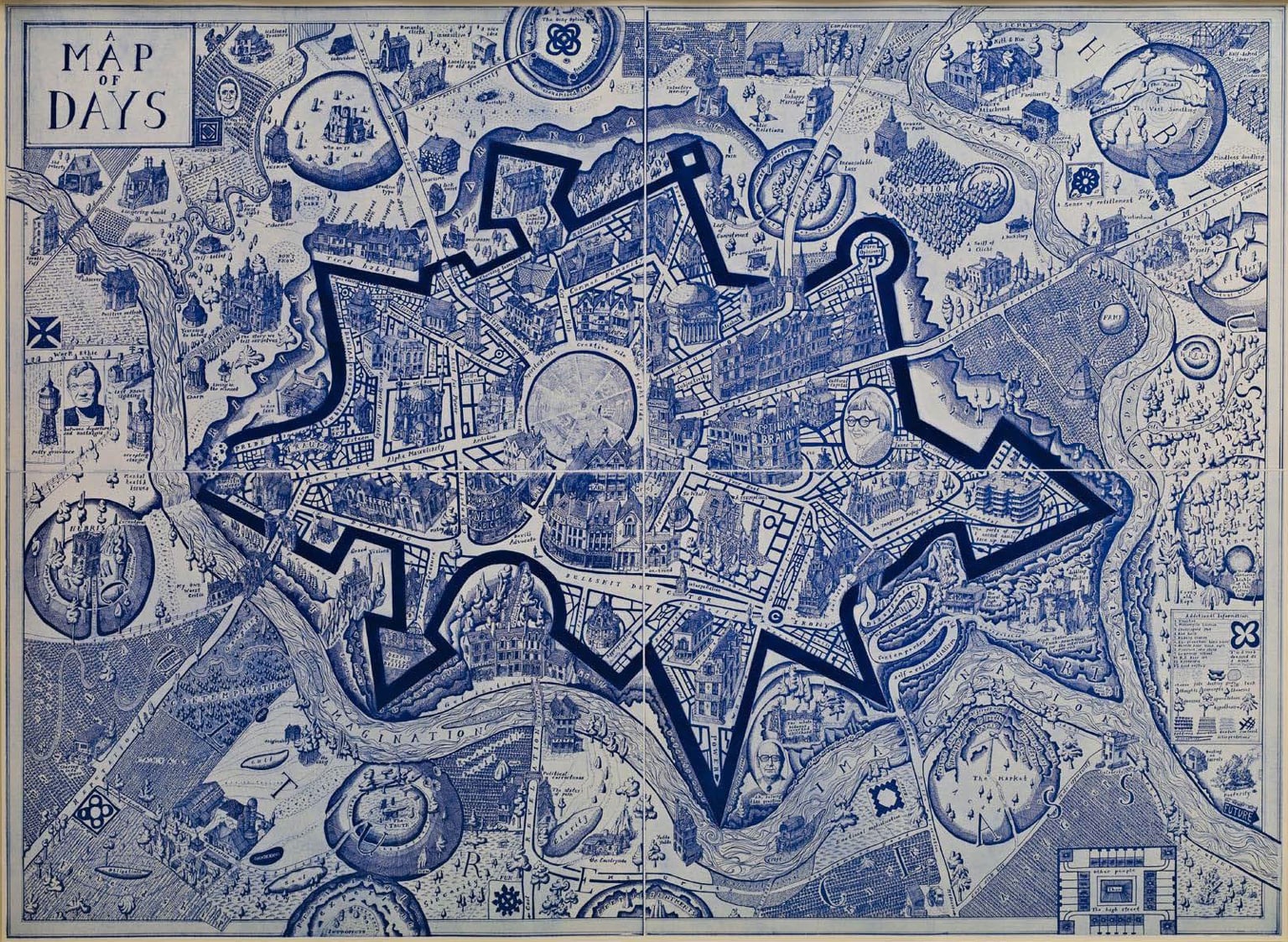 The map was produced in response to Perry's 2011 exhibition Tomb of the Unknown Craftsman. Loosely inspired by a map depicting John Bunyan's 1678 allegory The Pilgrim's Progress, Perry depicts himself as a walled city, with areas corresponding to his events, experiences and emotions.

Streets labelled 'Alpha Masculinity' and 'Common Humanity' meet at buildings named 'Reptilian Brain' and 'Sexism', while the outskirts of the town are dotted with miniature portraits of individuals who feature prominently in Perry's psyche, from Bradley Wiggins to Philip Larkin.

'I’ve portrayed myself as a walled city', says Perry. 'The wall, I suppose, in some ways represents my physical skin but at the same time it's permeable. I absorb the influences and the ideas of the landscape I find myself in. I am as much my baggage as the person holding the baggage.

'It’s a popularly held belief that in the middle of ourselves, our deepest, core-est identity is this sort of pearl, this immutable centre of who we are as individuals. I feel now that that’s a false belief. We perform ourselves over time. This is the thinking behind this self-portrait.'

The print has been acquired thanks to grants from the Art Fund and the Friends of the Victoria Art Gallery, and will be displayed in the Bath and North East Somerset Council's free upper gallery from 28 October 2014 until the end of the year. The display coincides with Perry's new television series, Who Are You?, which began on Channel 4 on 22 October. The series sees Perry examining identity and portraiture, spending time with individuals facing defining moments in their lives and capturing his impressions of them in tapestries, sculptures and ceramics.

Victoria Art Gallery will also host an exhibition of Grayson Perry's Vanity of Small Differences tapestries from 16 January to 10 April 2016, as part of their Art Fund-supported tour of the UK.