A historically important work by one of Scotland's most remarkable 20th-century artists has been jointly acquired by the National Galleries of Scotland and Glasgow Life, with Art Fund support. 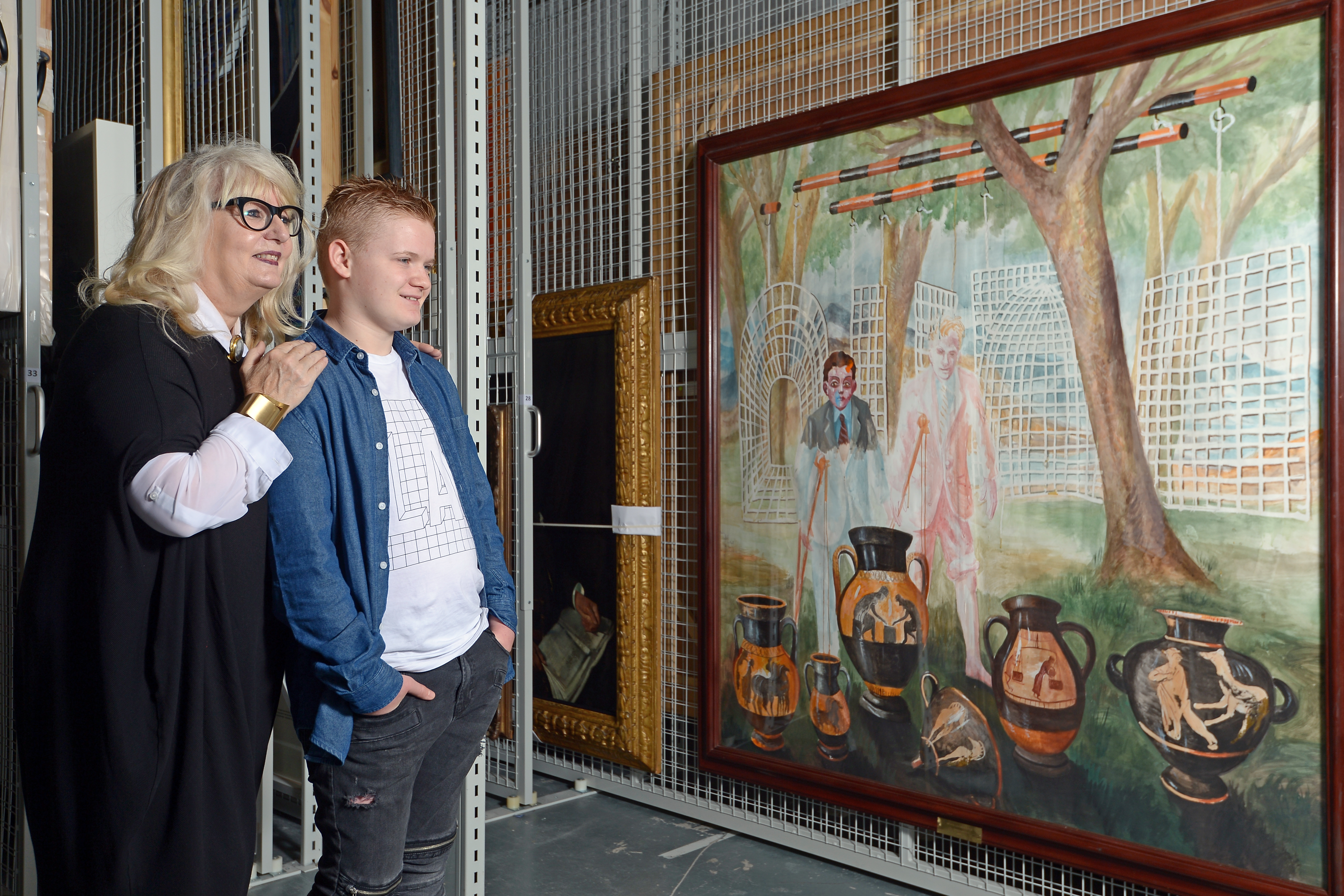 Carol Campbell, with her grandson Nathan, examining elements of the installation On Form and Fiction at the National Galleries of Scotland's storage facility, November 2016, © Neil Hanna

On Form and Fiction by Steven Campbell (1953-2007) is an extraordinary installation, which marks a pivotal moment in the story of contemporary art in Scotland. First shown in 1990 at Glasgow's Third Eye Centre, now the Centre for Contemporary Art, the work consists of nine large, unframed ink drawings. Combined with a number of other elements, including museum-style benches and a reel-to-reel tape player, it creates an overwhelming, immersive and carefully staged environment.

Rich in allusive detail, the paintings and drawings reflect Campbell's fascination with a huge range of art forms, from film, literature and architecture to music and dance, as well as his keen understanding of art history, and his determination to grapple in his own way with many of the paradoxes and problems that have preoccupied artists in the rapidly changing 20th century.

On Form and Fiction is only the second work to be jointly acquired by Glasgow Life and NGS (the first being In the Orchard, a major work by Sir James Guthrie, which was purchased by the two institutions in 2012).

Commenting on the acquisition, Stephen Deuchar, Art Fund director, said: 'We are immensely pleased to support the acquisition of the first installation by Steven Campbell to be acquired by a public collection and we applaud this innovative partnership between NGS and Glasgow Life.'