From the mistress of a great house to a perfectly preserved cat, we choose five must-see mummies in collections across the UK. 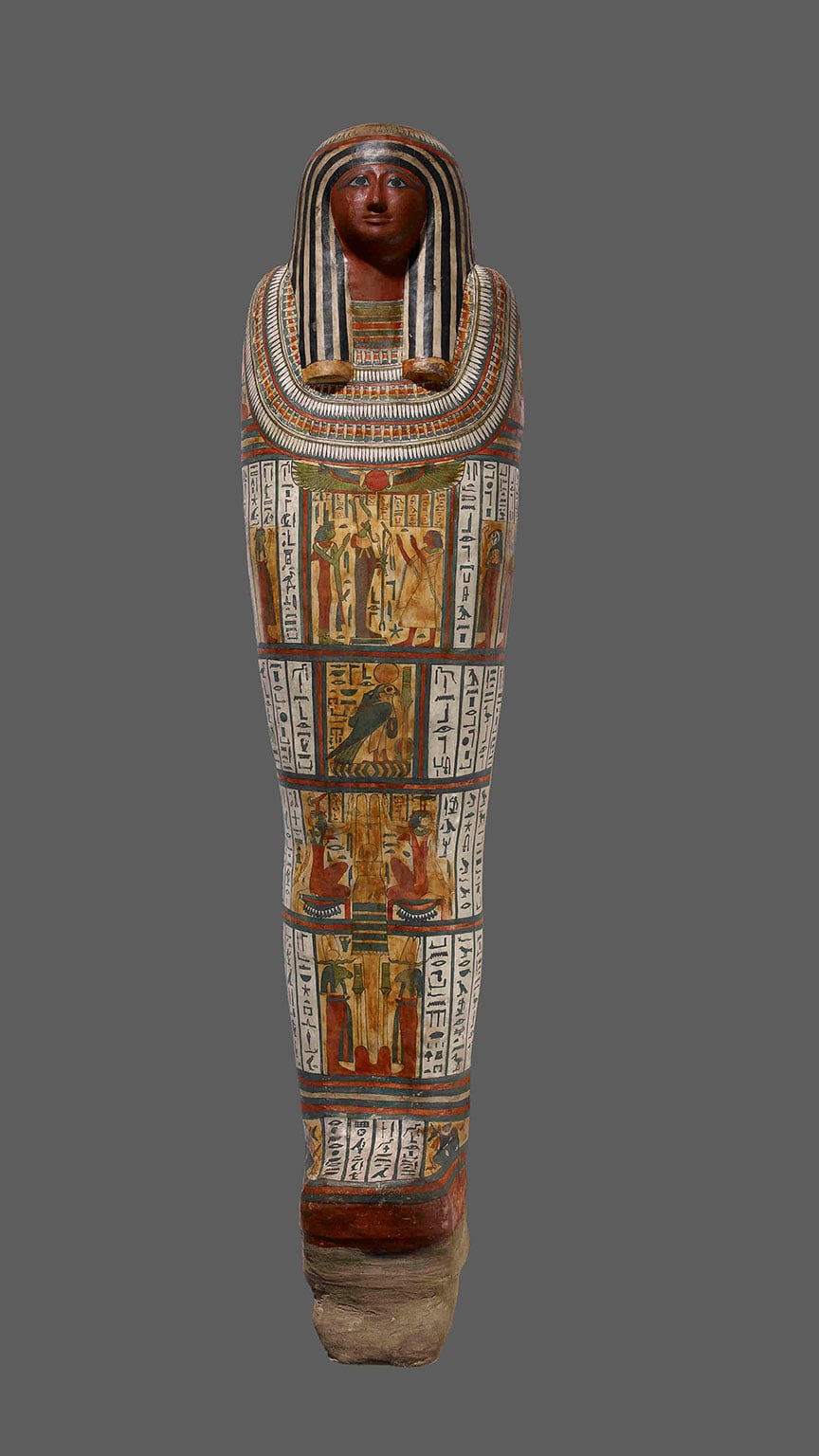 © Trustees of the British Museum

Tamut is one of eight mummies that was selected by the British Museum to undergo a process of high-resolution CT scanning. This has enabled researchers to investigate the mummified bodies without unwrapping them, which would have caused significant damage. The results of the project are currently on display in Ancient Live: New Discoveries.

Tamut was a wealthy temple singer from Thebes, and the scans reveal that she was subject to the highest level of mummification available during this period. Amulets – highly prized charms that were thought to have magical powers that would help gain immortality – can be seen placed on her body, while the extensive plaque visible in her arteries could have contributed to her death.

Ankh Hor – meaning 'life to the god Horus' – was a priest of Amun. The quality of the casing and the fact that he has been so well preserved means he must have been a man of importance. On the outer coffin text and pictures show the gods helping Ankh Hor in his journey to the next world.

Originally Egyptologists at the museum thought that the mummy was untouched, but recent x-rays found modern pins and clips. A re-examination of the cartonnage revealed that it had been cut, re-sealed and painted over. Although no one knows why it was opened, it is possible that Victorian researchers started to unwrap Ankh Hor and then changed their minds. However, experts were able to confirm they never went all the way, as amulets – including model eyebrows and what appears to a statue of Osiris in place of the heart – can be seen undisturbed inside the wrappings, and all the bones are intact. King George V presented Ankh Hor to Norwich Castle Museum and Art Gallery in 1928; before that he had been at Sandringham.

Animals were highly regarded in Ancient Egypt – especially cats, which were kept as pets. After mourning the death of a pet – which involved crying and shaving their eyebrows – Egyptians would often give them proper burials using mummification. According to religious belief, this would enable the cat to gain immortality and accompany their owner to the afterlife.

This mummy of a domesticated cat was part of a collection of more than 500 animals that was presented to the museum by Flinders Petrie, an important Egyptologist, in 1907. Using CT scanning technology scientists were able to virtually dissect the specimen, revealing it was a subspecies of an African wild cat. From this, they were able to ascertain details of the process of domestication, which started during the Egyptian era.

In the 19th century it was common for researchers to unwrap mummies, and in fact many held 'unrolling' parties. Takabuti was unrolled at Belfast Natural History Society’s museum in 1835 in front of a crowd of specially invited guests. Edward Hincks, a leading Egyptologist from Ireland, was present to decipher the Egyptian hieroglyphs, which revealed that she had been mistress of a great house.

Takabuti was originally buried in a cemetery west of Thebes at the end of the Twenty-Fifth Dynasty, around 660 BC; her little cape of faience beads was the fashion at this date. When she was rewrapped, her face, arm and foot were left uncovered and she has remained this way ever since.

Manchester Museum, free entry to all

Asru was donated to the Manchester Natural History Society by William and Robert Garnett in 1825 and, like Takabuti, she was unwrapped. A research project in the 1970s revealed she had suffered from many ailments, including arthritis and parasitic infestations such as Strongyloides and Schistosomiasis (Bilharzia). In 2012, Asru underwent CT scanning at the Manchester Children’s hospital. The results confirmed she was an elderly woman for ancient Egypt, between 50 and 60 years of age at death. Interestingly, there was new evidence of arthritis in her neck, consistent with bearing a heavy weight on her head over a prolonged period.

Like many Egyptian mummies, Asru’s brain had been removed from the skull, yet the ethmoid bone in her nasal cavity was found to be intact. Instead, transorbital excerebration – the removal of brain matter through the eye sockets – had been performed. This is known in other cases but appears to have been extremely unusual.

Ancient Lives, New Discoveries is at the British Museum until 30 November 2014. Entry is 50% off with a National Art Pass.