Presented largely in Pratchett’s own words and given the blessing of his estate, Terry Pratchett: HisWorld at the Salisbury Museum features many of the much-loved writer’s most treasured possessions, plus items never before seen in public.

Pratchett’s own art is accompanied by more than 40 original illustrations by his favourite artist, Paul Kidby, as well as work by the original Discworld illustrator, Josh Kirby.

We asked the show’s curator, Richard Henry, to select five of his personal highlights. Here he tells us the stories behind them. 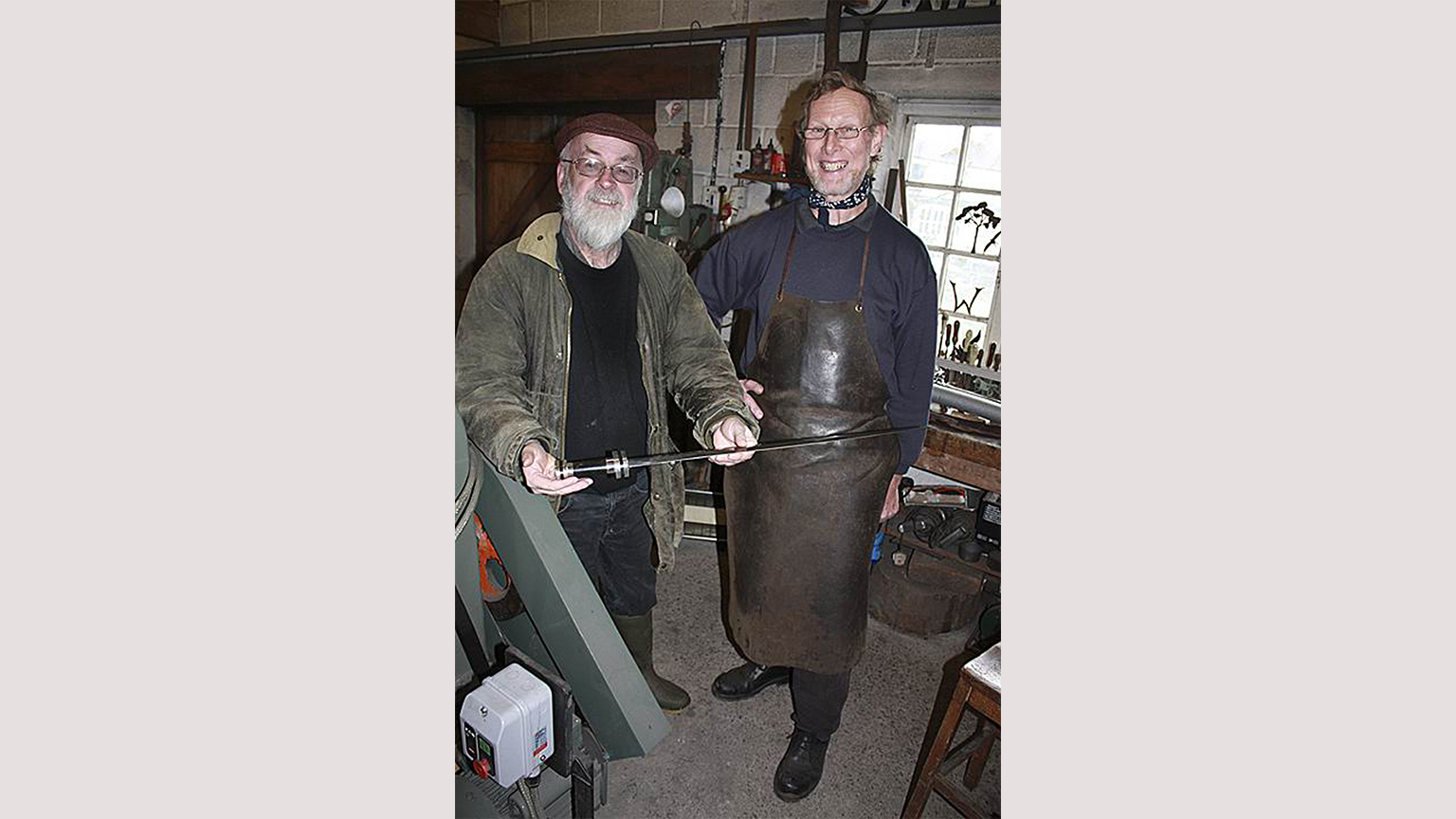 When Sir Terry became a knight he decided that he needed a sword. With the help of Jake Keen, an experimental archaeologist, Terry collected iron ore and then smelted it in his back garden. They also threw in a few bits of the Sikhote-Alin meteorite given to him by his agent Colin Smythe. He then assisted ironworker Hector Cole in making the sword. Imbued as he saw it with mythical power, it was one of his most treasured possessions.

The story creates a wonderful mental picture of Sir Terry and the pride he had in his creation; it is why we decided to present the whole exhibition from his point of view. “Most of my life I've been producing stuff which is intangible,” he once said, “and so it's amazing the achievement you feel when you have made something which is really real.” 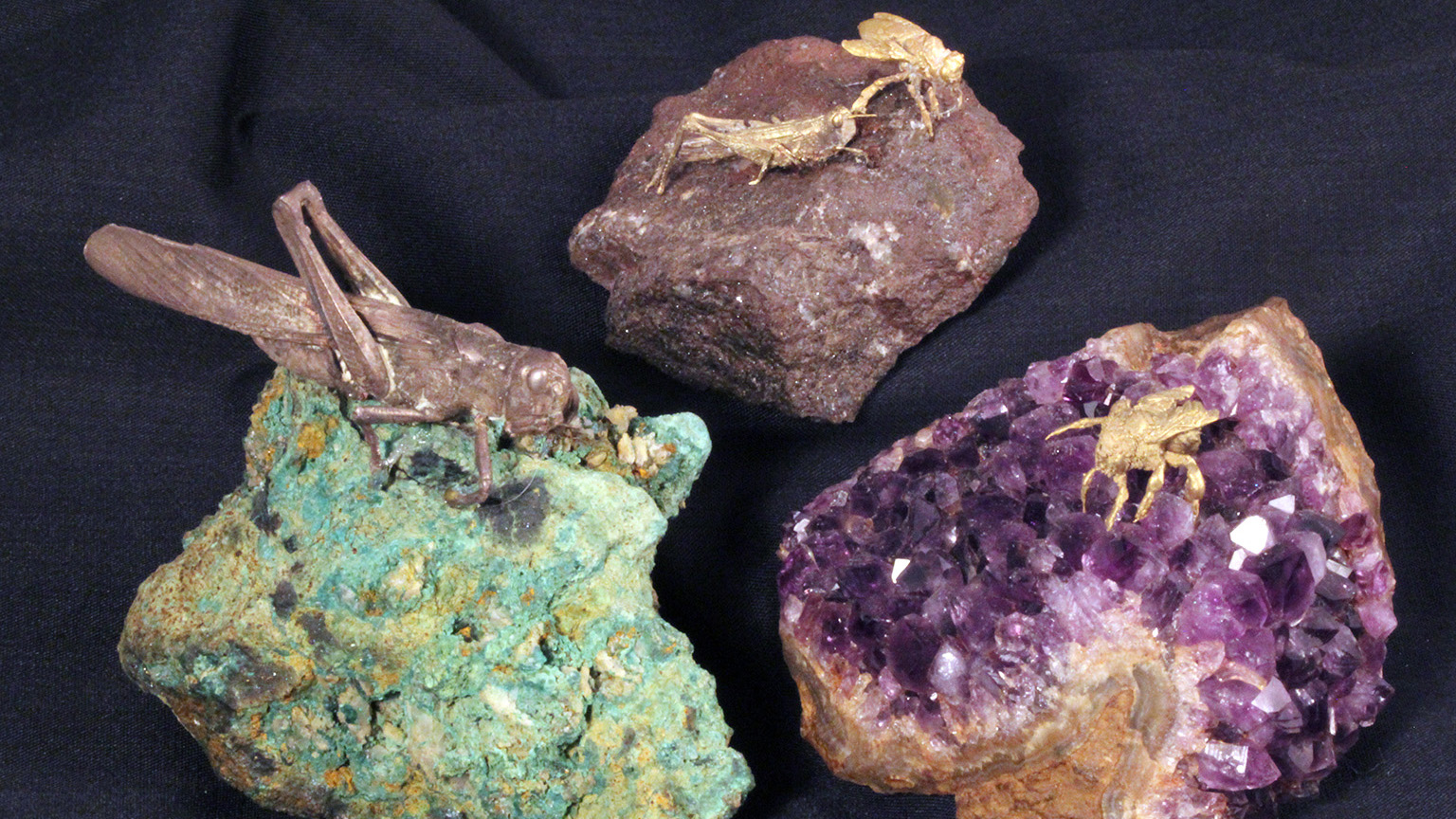 Terry returned to a novel by Michael Aryton called The Maze Maker again and again over the years. It is based on the life of Daedalus, who cast a honeycomb made out of gold. In the novel Ayrton suggests a way that it might have been done. This inspired Terry to have a go at transforming insects into gold. “With the aid of London Zoo, the Natural History Museum and the Bee Research Association – who sent a matchbox full of dead bees and their best wishes – I made tiny gold bees and silver locusts,” he told the Bath and West Evening Chronicle in 1976. Aryton also transformed insects into gold after a wealthy fan of the book set him a challenge. As a specialist, it fascinates me to see the level of detail Terry was able to create with limited experience. 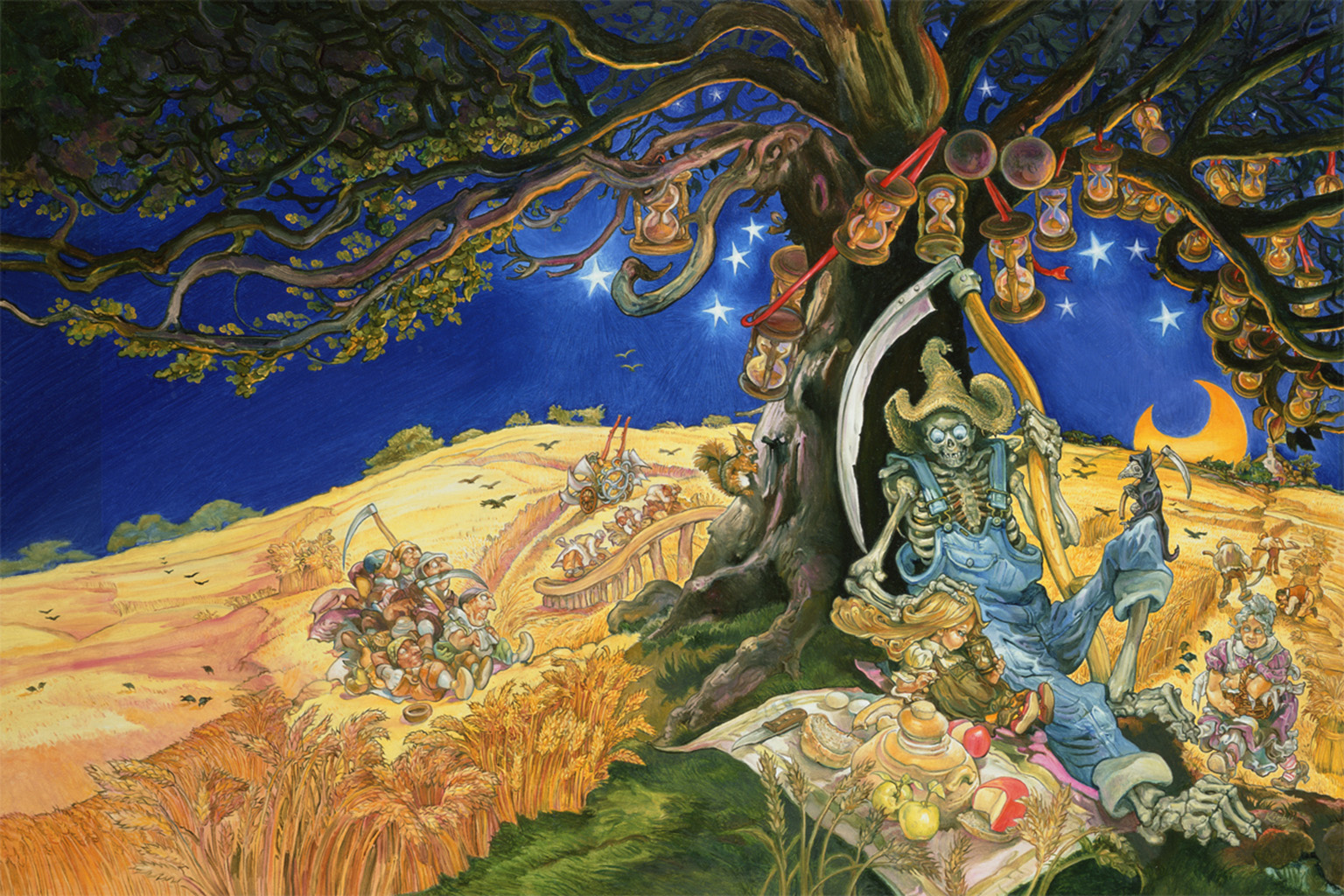 Josh Kirby was commissioned to illustrate the first paperback version of The Colour of Magic [the first novel in Pratchett’s Discworld series], and it became a partnership that lasted until Kirby’s death in 2001. Few cover artists have become quite so strongly associated with the books they front; Terry famously said, “I only invented the Discworld, Josh created it.”

Out of all the covers illustrated by Josh, Reaper Man was Terry’s favourite; therefore we felt that Reaper Man was an essential element of the HisWorld exhibition. 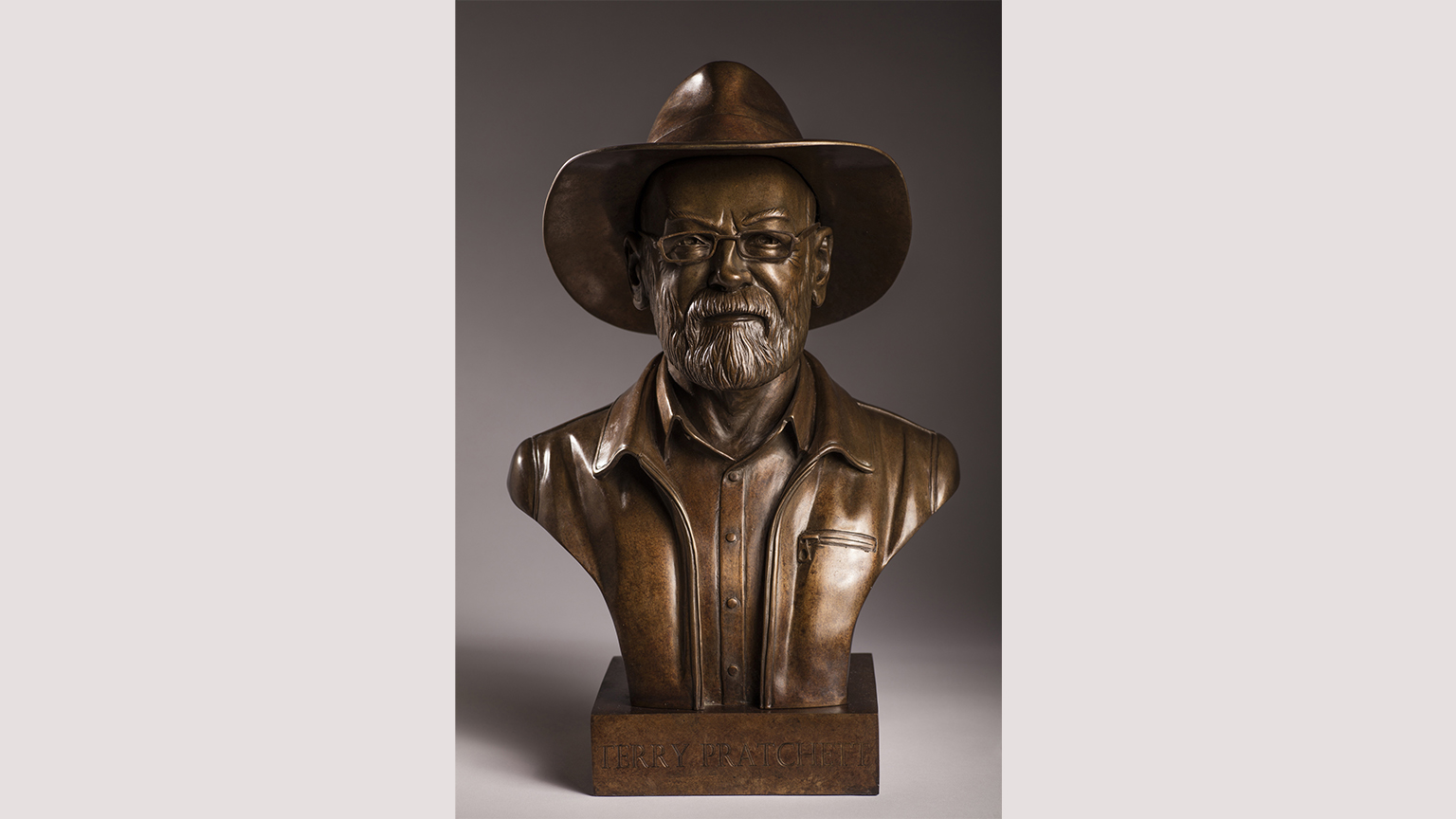 This bust of Terry was sculpted in a hard oil-based clay called Chavant. It took Paul three months to create. Paul initially worked from reference photographs to establish accurate proportions of Terry's facial features. To capture his expression, he then sculpted from his memories of their time spent working together.

Once the three-dimensional portrait was completed he made Terry’s trademark hat and glasses, both of which are removable. The pattern was then cast in bronze using the lost-wax process. On the back of the plinth is the Pratchett family motto, Noli Timere Messorem, which translated from the Latin means ‘fear not the reaper’.

Paul Kidby was Sir Terry’s artist of choice. Dr Pratchett’s Imaginarium is a new commission for the exhibition and was inspired by a work by English cartoonist and illustrator William Heath Robinson, who was best known for his drawings of ridiculously complicated machines. Terry also liked to invent complex machines such as Clacks towers and Hex.

Paul depicts him dressed in the Victorian costume he wore to the book launch for Dodger (2013). “I think the garb of a Victorian creative gentleman suits him and reflects his love of that era of scientists, inventors, explorers and engineers,” Paul says in the exhibition material. “His top hat is tall enough, with a bit of magic, to contain all the ideas and characters that his endlessly resourceful mind created.” Paul portrays Terry’s expression perfectly – a fitting tribute.

Terry Pratchett: HisWorld is at the Salisbury Museum from 16 Sep to 13 Jan. Entry is free with a National Art Pass.