Enjoy the great outdoors and see some fantastic art at the same time with these stunning contemporary sculptures. 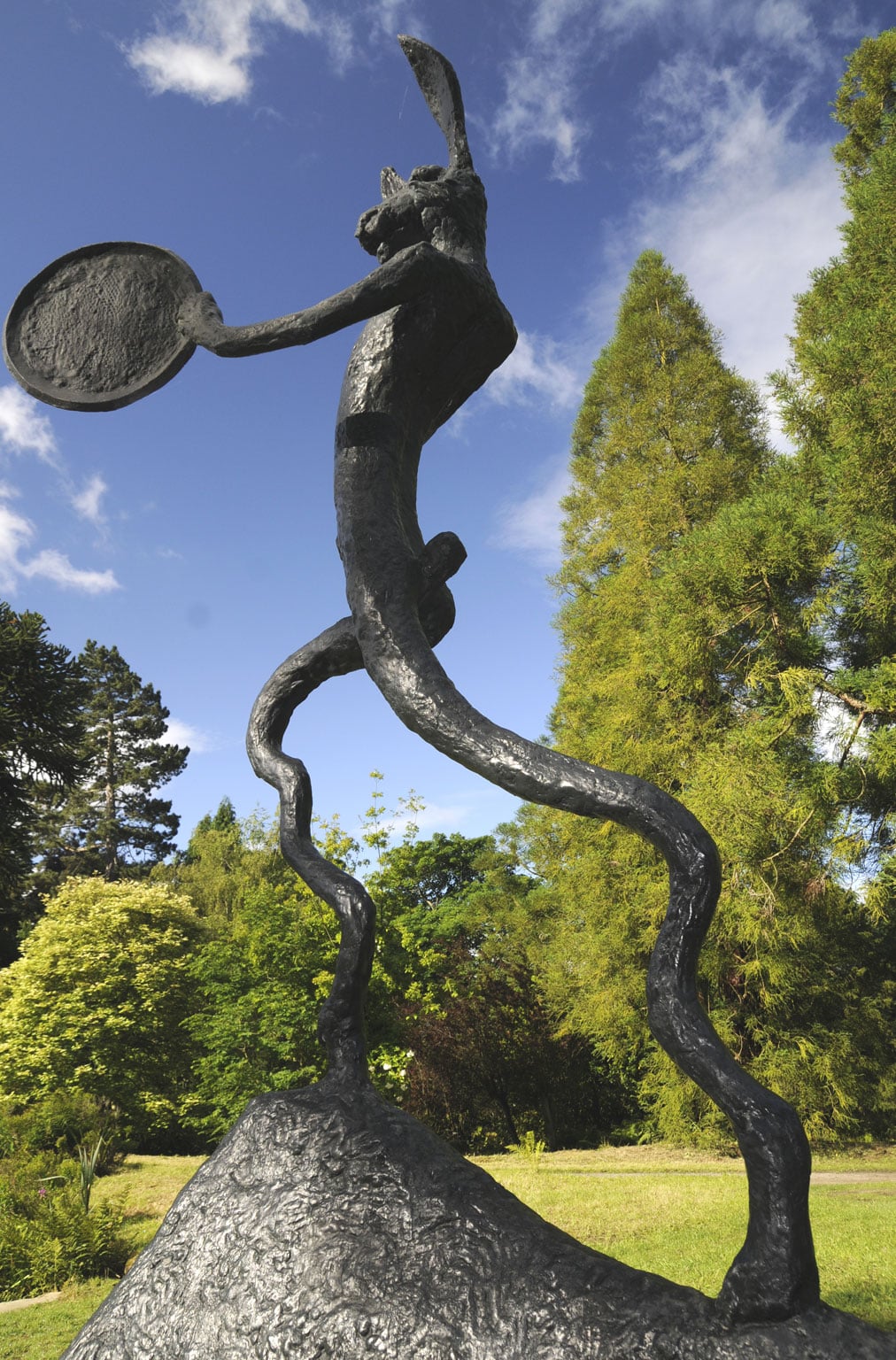 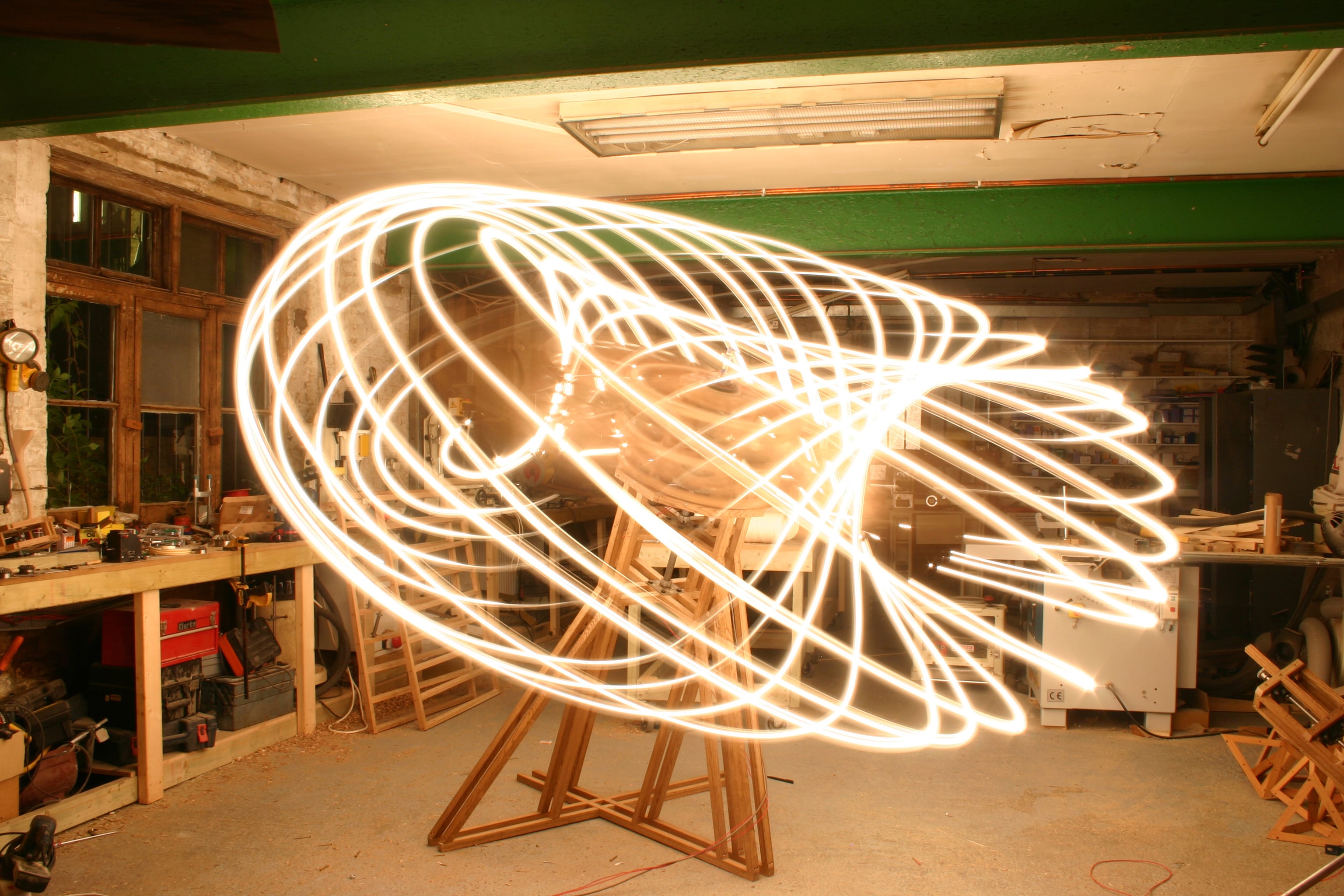 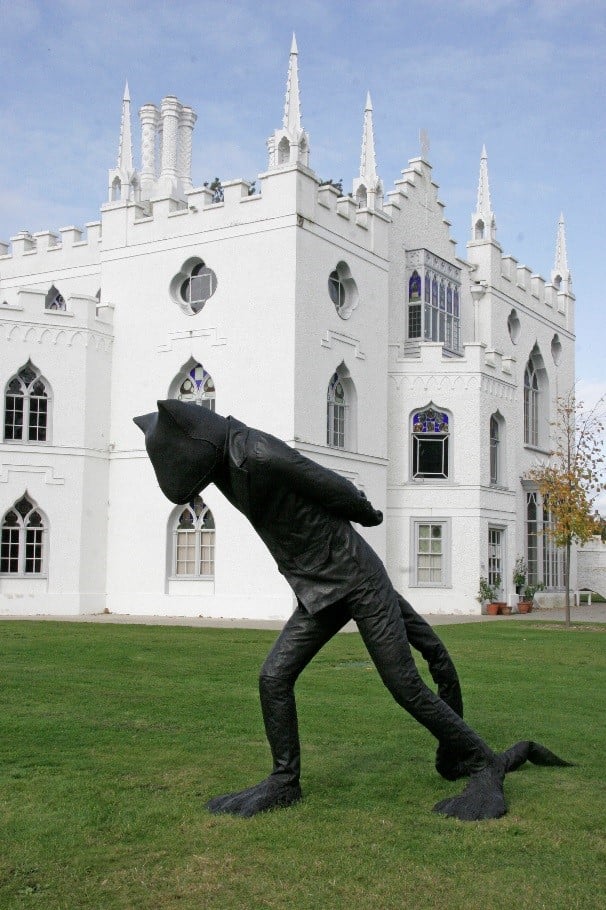 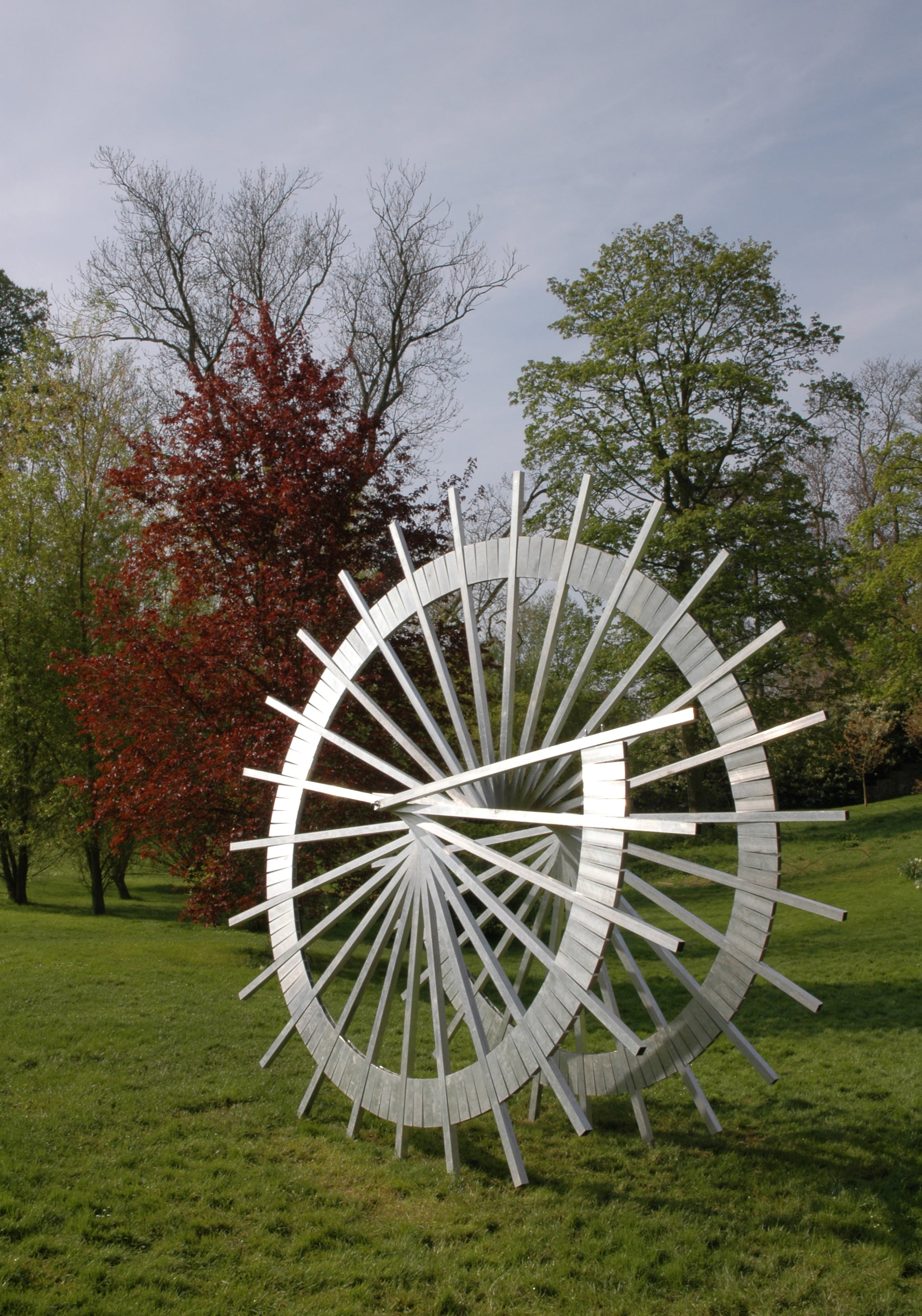 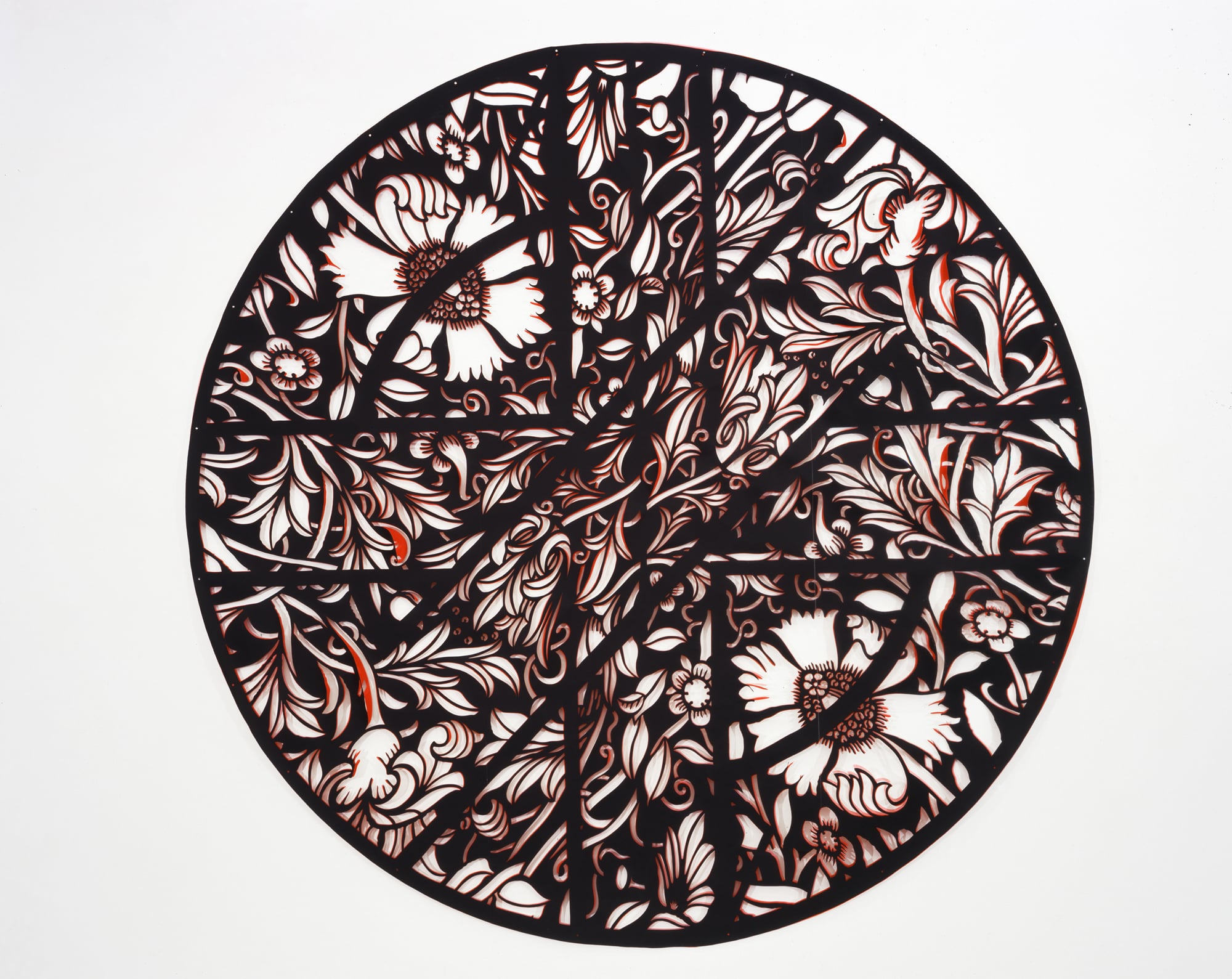 Welsh sculptor Barry Flanagan is known for his now iconic bronze statues of athletic, gangly hares; they can be found leaping, jumping, scrapping, sitting and here, drumming. All spindly legs and arms, Flanagan was inspired by the magic event of witnessing a hare running across the Sussex Downs. Chatsworth has several of Flanagan’s hares throughout its grounds and held a retrospective of 12 of them in 2012. On permanent display.

The artist’s major commission, Three Perpetual Chords, for Dulwich Park will be unveiled on 18 April, Shawcross explains: ‘[Each component] is about two metres high and five metres wide, made of cast iron on concrete blocks sunk in the grass. And they’re quite dirty cast iron to discourage people from climbing them. And from stealing them, because they’ll be replacing the Barbara Hepworth bronze [Two Forms (Divided Circle) that was stolen from the same site in 2011]. In connection with the commission, Dulwich Picture Gallery will present Counterpoint, a display of works relating to the sculpture which will include a large-scale ‘lightwork’ installation in the mausoleum. Exhibition open from 16 April to 14 June.

To celebrate the second phase of restoration at Horace Walpole's fantasy house, Strawberry Hill House will host an exhibition of Laura Ford's new bronze sculptures called Days of Judgement. The artist's work is particularly suited to the venue as she fuses fantasy storytelling and a nightmarish imagination with a fairytale aesthetic, creating mainly wondrous sculptures of animals. This summer the gothic mansion will be taken over by skinny cats roaming the grounds like courtiers and a Rapunzel-like figure will lean over the round tower while some of Ford's best-known works will inhabit the house itself. From 20 June to 19 November.

This magnificent Elizabethan house is fully committed to displaying great sculpture in the grounds, having dedicated a permanent space to exhibit their sculpture collection and hosting an annual exhibition running from April to September. Michele Ciribifera's spiralling geometric metal wheel explores the tension between nature and art, illusion and reality by offering the viewer a different perspective on the landscape around them. The light floods through the structure creating patterns around it. On permanent display.

This beautiful historic house has an impressive collection of outdoor contemporary sculpture with pieces from Sarah Lucas, Anish Kapoor and Edmund de Waal. This summer Waddesdon has invited Simon Periton to create a pair of sculptures for the Parterre. Anarchy Ball and Scalpel, are giant three-dimensional carpet-bedding sculptures which will complement his previous work which uses decoration and surface as themes and have included intricate cut paper sculptures and large-scale outdoor sculptures. Simon Periton: Resistance is Fertile is on from June to October.

Buy a National Art Pass to get free or reduced-price entry to hundreds of museums, galleries and historic houses across the UK.