To celebrate the opening of Tate Modern's Richard Hamilton retrospective, we've profiled the five most important figures in the British Pop Art movement, from elder statesmen to artists who died before their time. 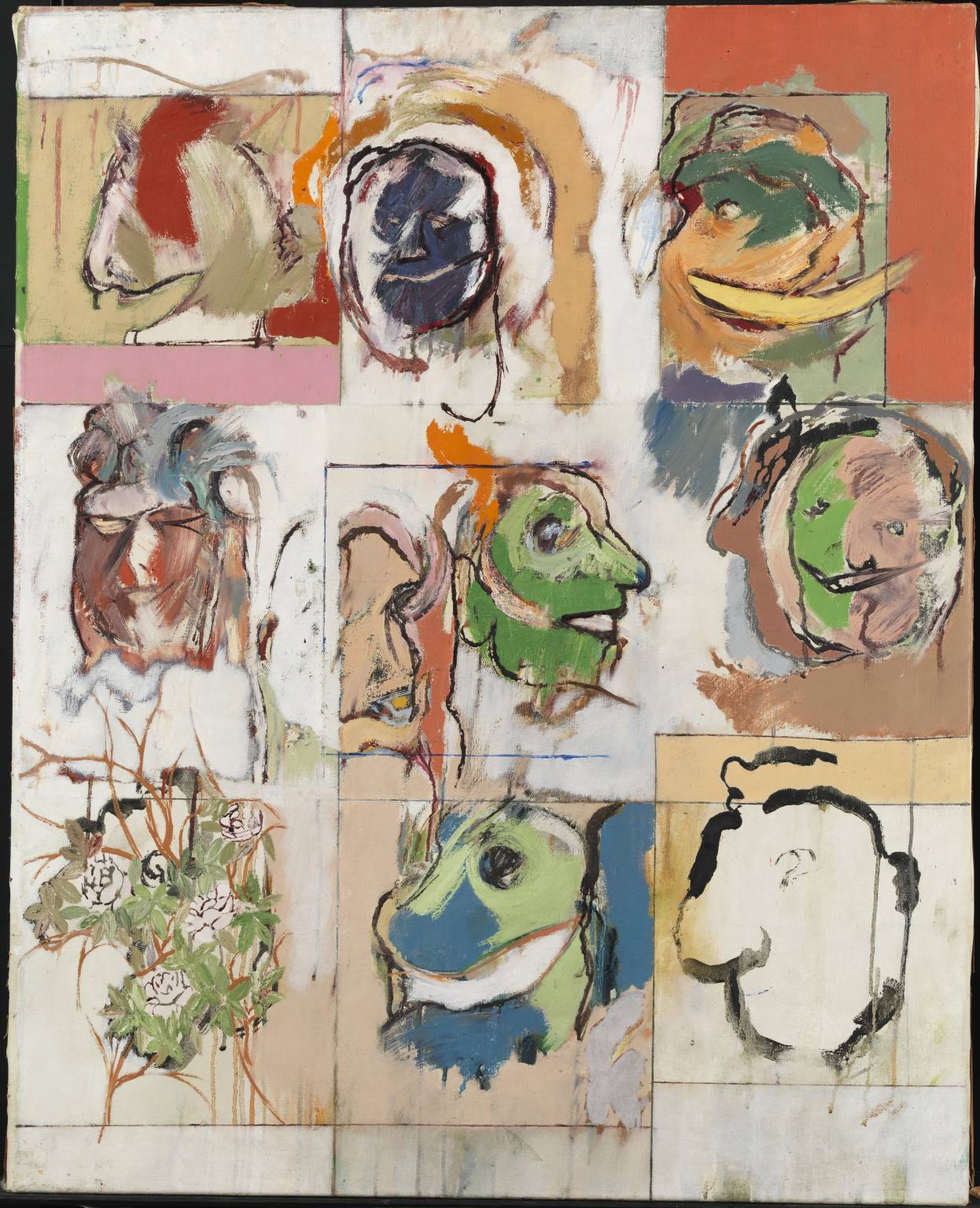 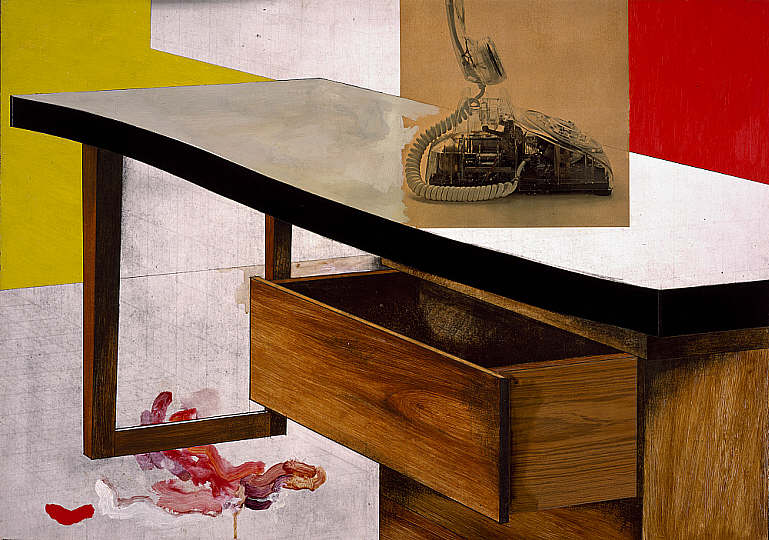 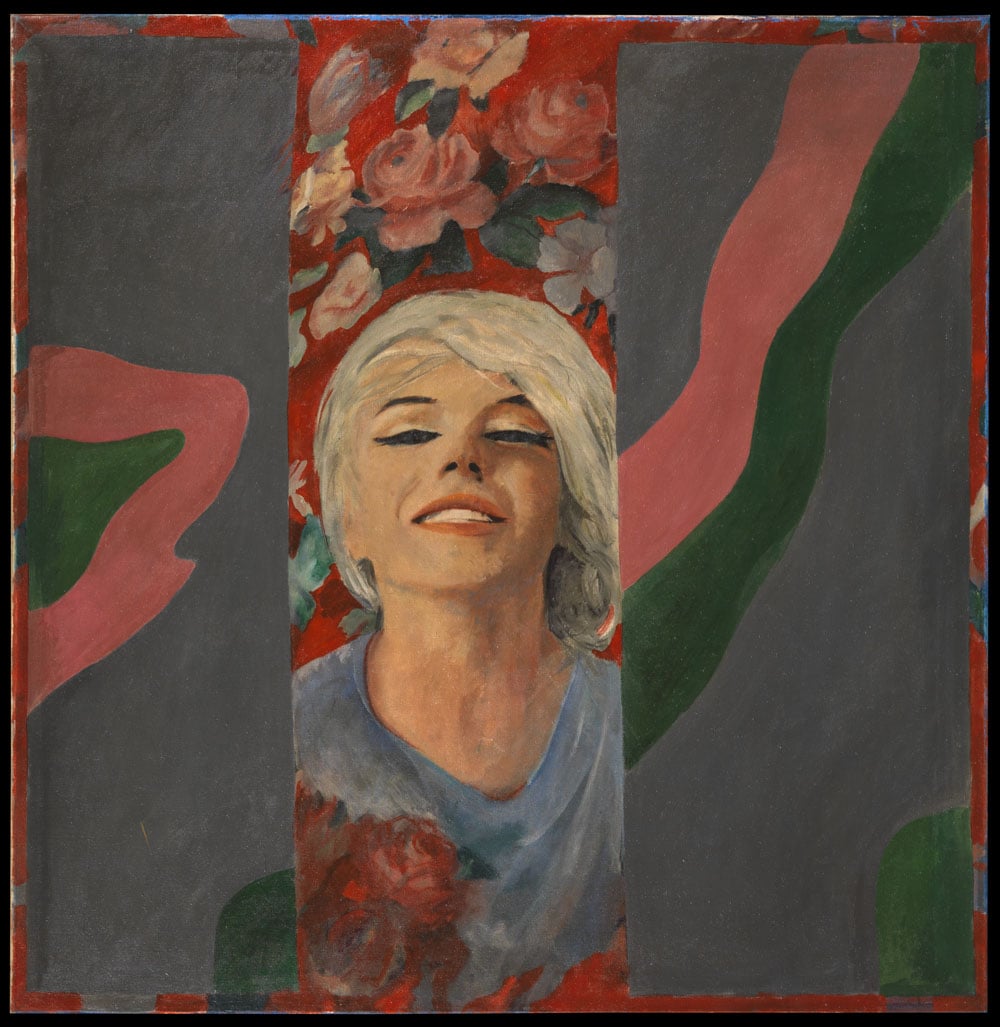 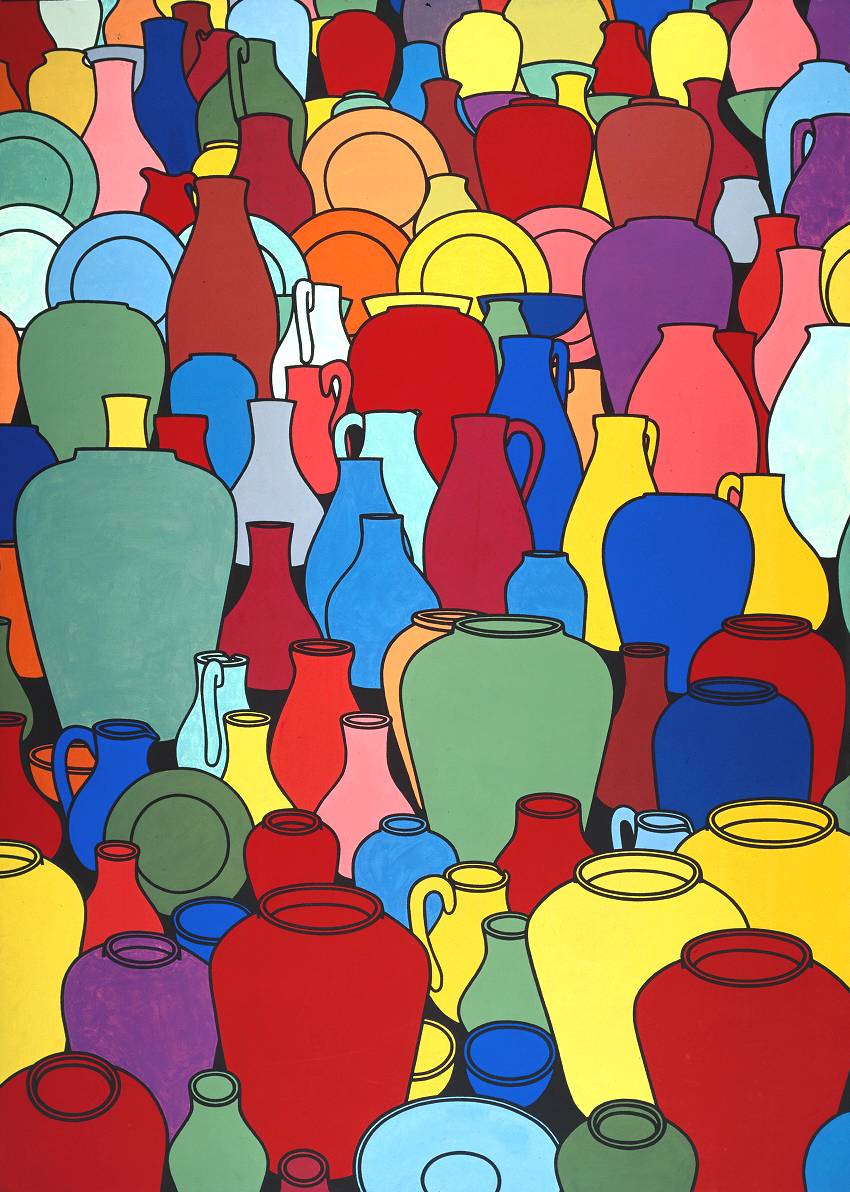 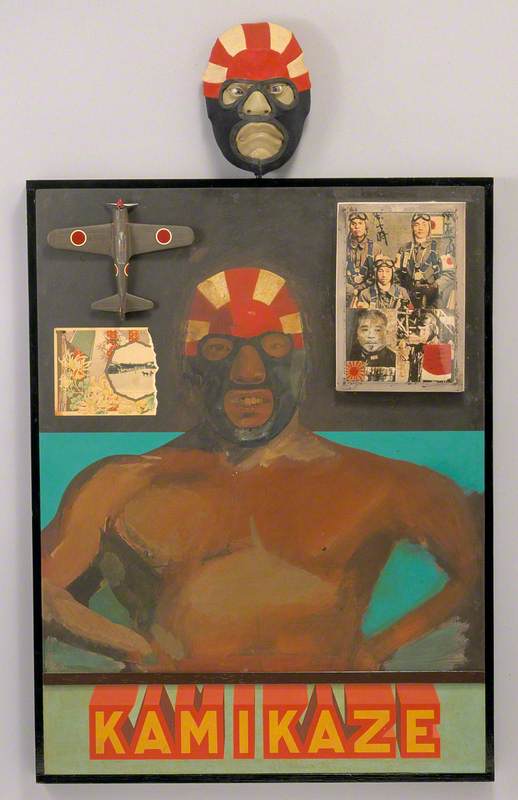 Born in America, Kitaj spent most of his life working in Britain after moving to Oxford in 1958 to study at the Ruskin School of Drawing and Fine Art. In 1959 he began studying at the Royal College of Art in London, where his art would influence the work of his peers David Hockney and Patrick Caulfield. This early oil painting shows a grid of nine faces based on doodles by the Dutch scholar Erasmus, foreshadowing Pop art's preoccupation with 'found' imagery, reproductions of art, and blurring high and low culture.

Born a few months before Lucian Freud, Richard Hamilton was the elder statesman of Pop art, and was already a mature artist when he when he gave his landmark lecture Glorious Technicolor, Breathtaking Cinemascope and Stereophonic Soundnspired by a Cole Porter lyric, delivered to a pop soundtrack and featuring a demonstration of an early Polaroid camera, his lecture laid the foundations for the emerging Pop art movement. Based on a publicity photo for Shockproof, a 1948 B-movie, his 1964 piece Desk is a typical Pop art collage, combining an oil-painted background with photographs of wood veneer and a sheet of paper featuring a drawing of a telephone.

On 22 March 1962, the 24-year-old artist Pauline Boty appeared in Pop Goes the Easel, a BBC documentary featuring key figures in the nascent Pop art movement. Within five years Boty was dead, choosing the life of her unborn child over her own after being diagnosed with cancer during a prenatal exam. Following her death Boty faded into obscurity, her works held in storage at the family farm, until a 2013 retrospective at Wolverhampton Art Gallery put Boty back in the spotlight. Titled Pauline Boty: Artist and Woman, the exhibition featured this portrait of Marilyn Monroe – another pop icon, actress and sex symbol who, like Boty herself, would tragically die young. The portrait was ArtFunded in 2012.

Born in London but raised in Bolton, Patrick Caulfield always denied that he was a Pop artist, but the label stuck. A student at the Royal College of Art (although a year junior to the Class of '63, which produced many of the founders of Pop art), Caulfield created paintings characterised by their angular geometric figures and bold blocks of colour with solid black outlines. His style was inspired by a visit to Greece and Minoa, funded with money from two prizes won during his time at the Chelsea School of Art. Pottery, one of Caulfield's most iconic paintings, is currently on display at Abbot Hall Art Gallery's retrospective exhibition.

Best known for designing the sleeve to the Beatles' album Sgt. Pepper's Lonely Hearts Club Band (along with his then-wife, American artist Jann Haworth), Peter Blake became one of Britain's best known Pop artists in the late 1950s. Alongside David Hockney and RB Kitaj, he featured in the 1961 exhibition Young Contemporaries, the show that put British Pop art on the map. Following his work with the Beatles, Blake's career was inextricably linked to popular music, as he worked with artists including The Who, Paul Weller, Band Aid and Oasis. Kamikaze, part of a series of works depicting fictional wrestlers, is one of Blake's trademark multimedia collages, supporting the oil painting with printed materials, a model aeroplane and a knitted mask.

Richard Hamilton is at Tate Modern until 26 May. Get 50% off with a National Art Pass.