To celebrate the opening of Norwich Castle's exhibition about birds in art, we've chosen our favourite animals paintings, from uncomfortable kittens to a Leonardo da Vinci horse. 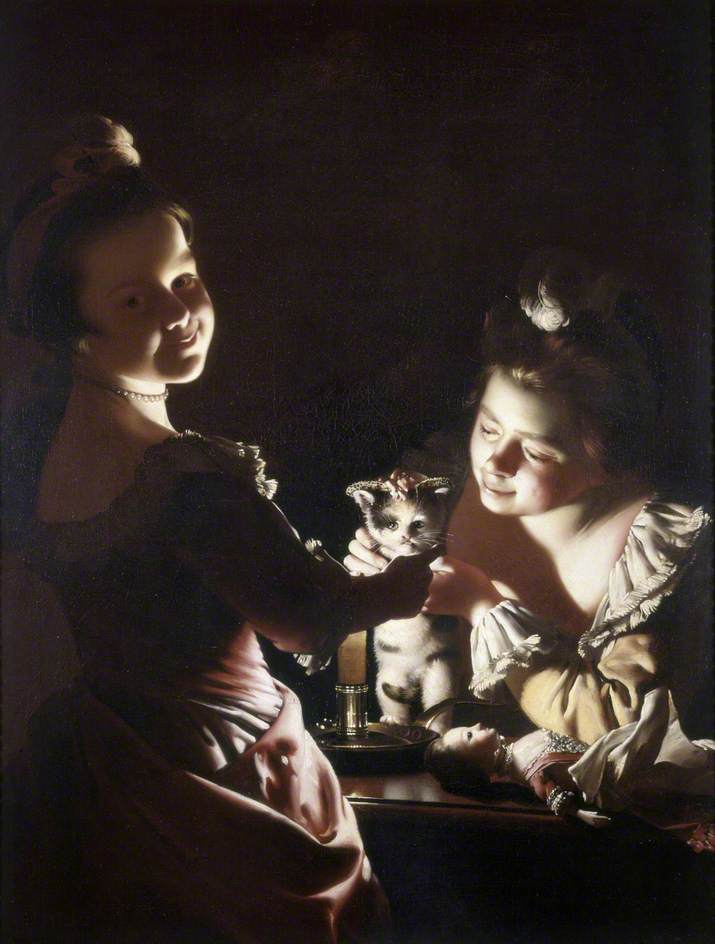 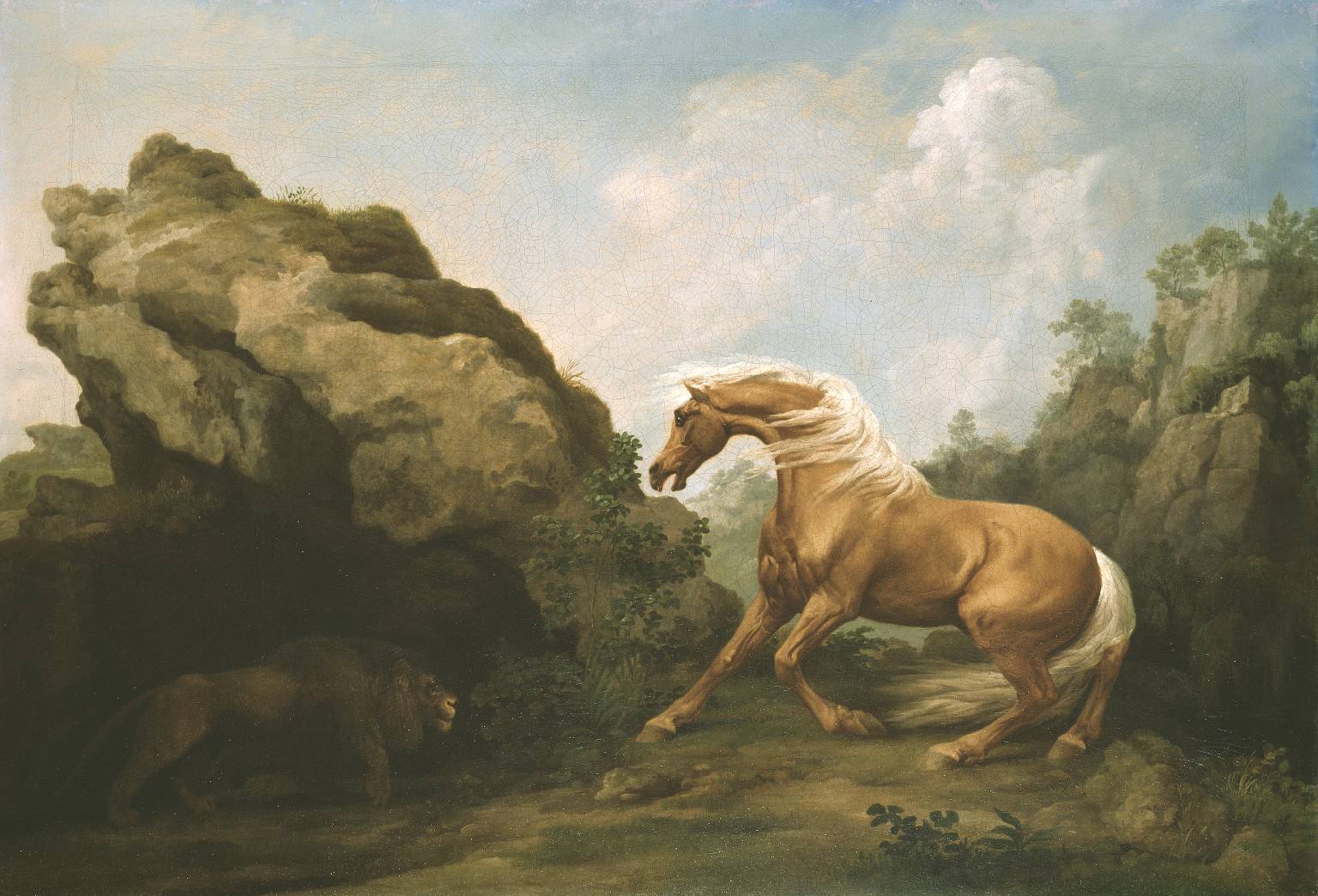 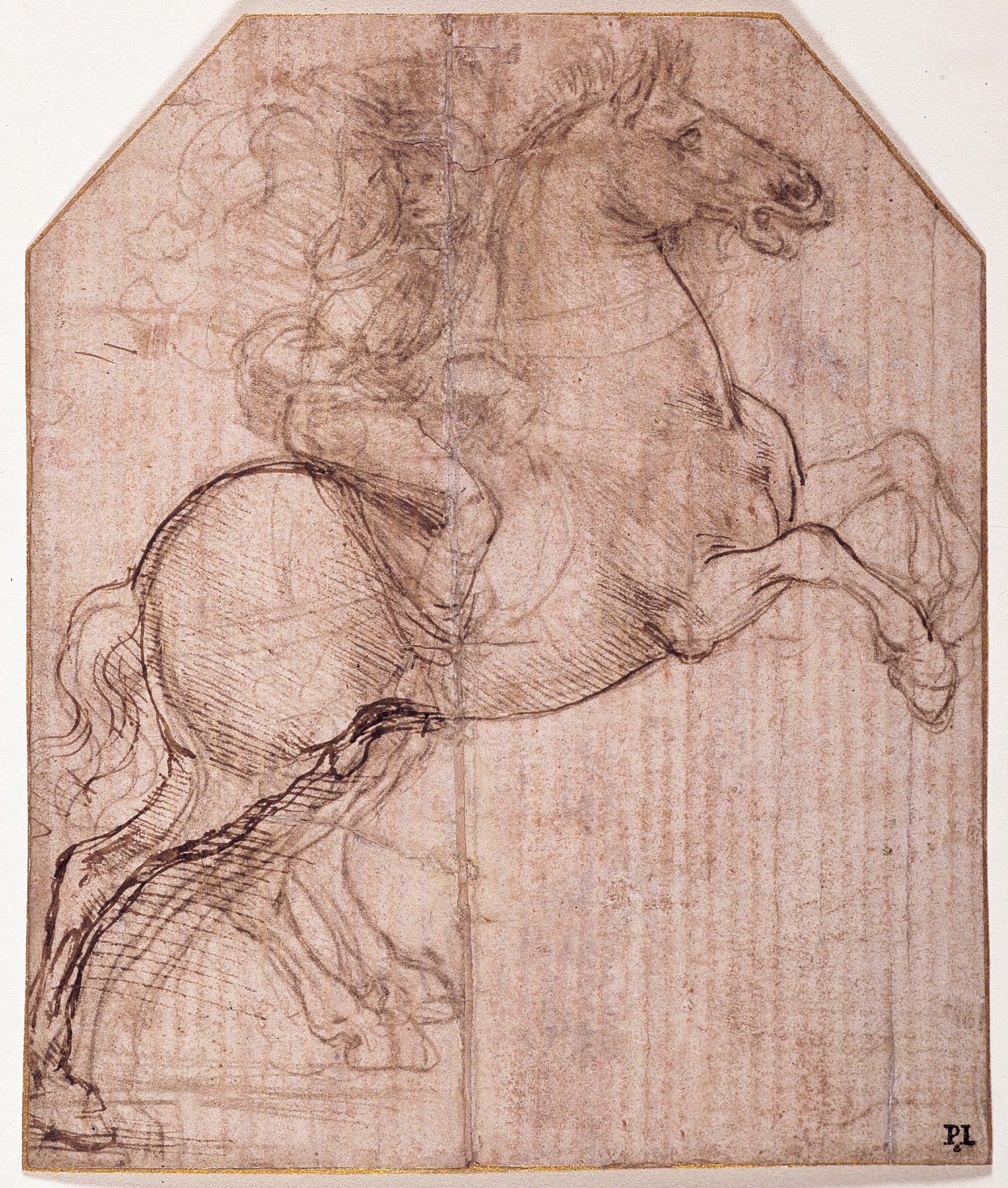 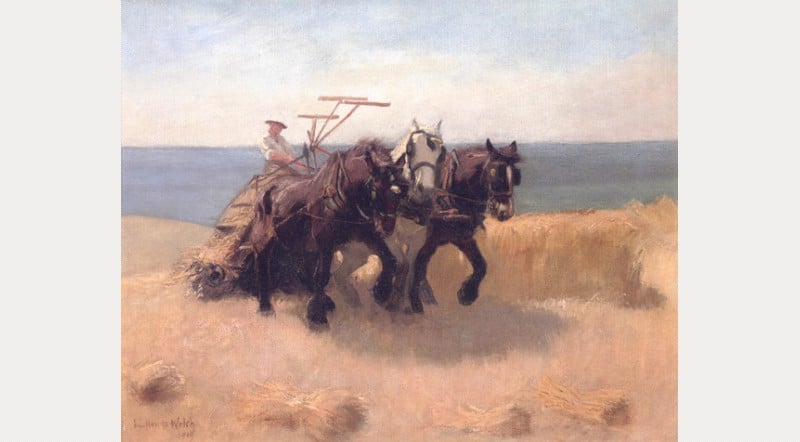 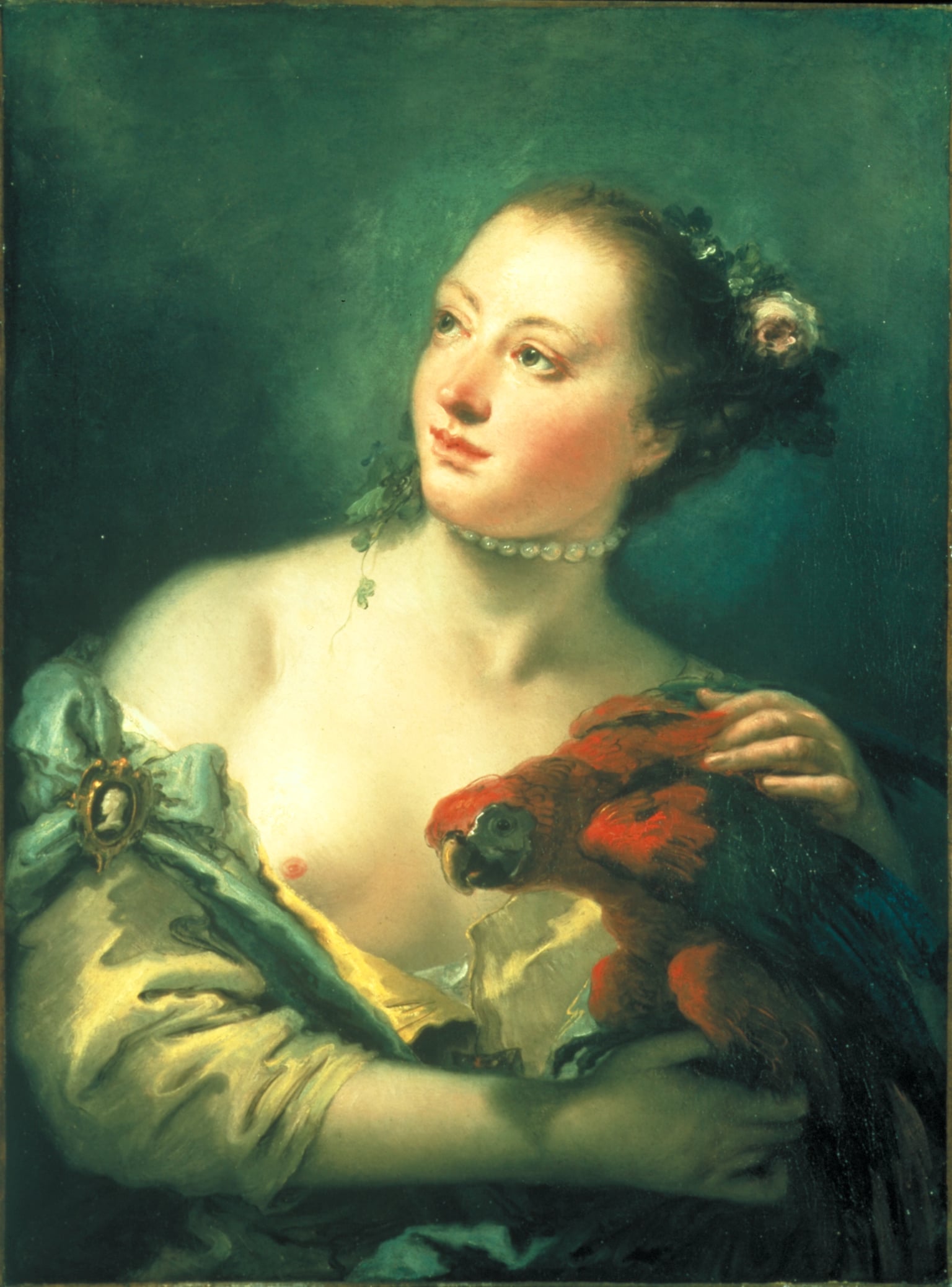 Joseph Wright of Derby is famed as the leading artist of the British Enlightenment, bringing one of the most revolutionary periods of history to life through his meticulously observed paintings of scientific experiments and portraits of eminent thinkers. He's less well-known for this painting of two girls dressing a kitten. While the cat seems less than impressed by the ordeal – it quite literally has its tail between its legs – the children seem oblivious to its discomfort.

No list of animals in art could be complete without George Stubbs, Britain's greatest animal painter. In contrast to his statuesque portrait of the champion racehorse Whistlejacket, this lively work is a flurry of movement. The horse is shown in a state of panic as it backs away from the lion emerging from the shadows of a rocky outcrop – Stubbs's mastery of anatomy can be seen in his meticulous rendering of the tensed muscles in the horse's forelegs. While you're at Tate Britain, make sure you see John Russell's bizarre double portrait Boy and Cat – unsurprisingly, there are still some question marks over the gender of the sitter.

While Leonardo is best remembered for his portraiture and religious scenes, horses were central to his two great lost works: the uncompleted equestrian statue he was commissioned to build for Ludovico il Moro, and his great horseback battle scene, the Battle of Anghiari. This rearing horse was a study for his unfinished Adoration of the Magi, which is currently held in the collection of the Uffizi in Florence. The sketch shows Leonardo experimenting with the positioning of the horse's legs to find the preferred pose – in contrast, the swirling lines of the rider seem like an afterthought.

This rural landscape is filled with evocative touches, from the sensitive balance of tones used to capture the autumn light to the iconic view of the sea over the cliffs. Yet the undeniable stars of the scene are the three carthorses at its centre – lit by the setting sun behind, the powerful figures of the horses cast a shadow over the field in front of them. Kemp-Welch painted the scene en plein air, and would later become president of the Society of Animal Painters.

While they may seem unusual now, paintings of women with parrots were popular throughout the 18th and 19th centuries: the macaw was an exotic creature, and came to symbolise opulence and sexual liberation. This painting was probably commissioned as a fancy by the Russian empress Elizabeth Petrovna – not only is the macaw symbolic, but its rich red colour provides a lively counterpoint to the pale skin of the female figure and the deep emerald of the background.

The Wonder of Birds is at Norwich Castle until 14 September 2014. Entry is free with a National Art Pass.