To celebrate the 300th anniversary of his birth, here is our pick of contemporary artists who were inspired by the 18th century landscape architect. 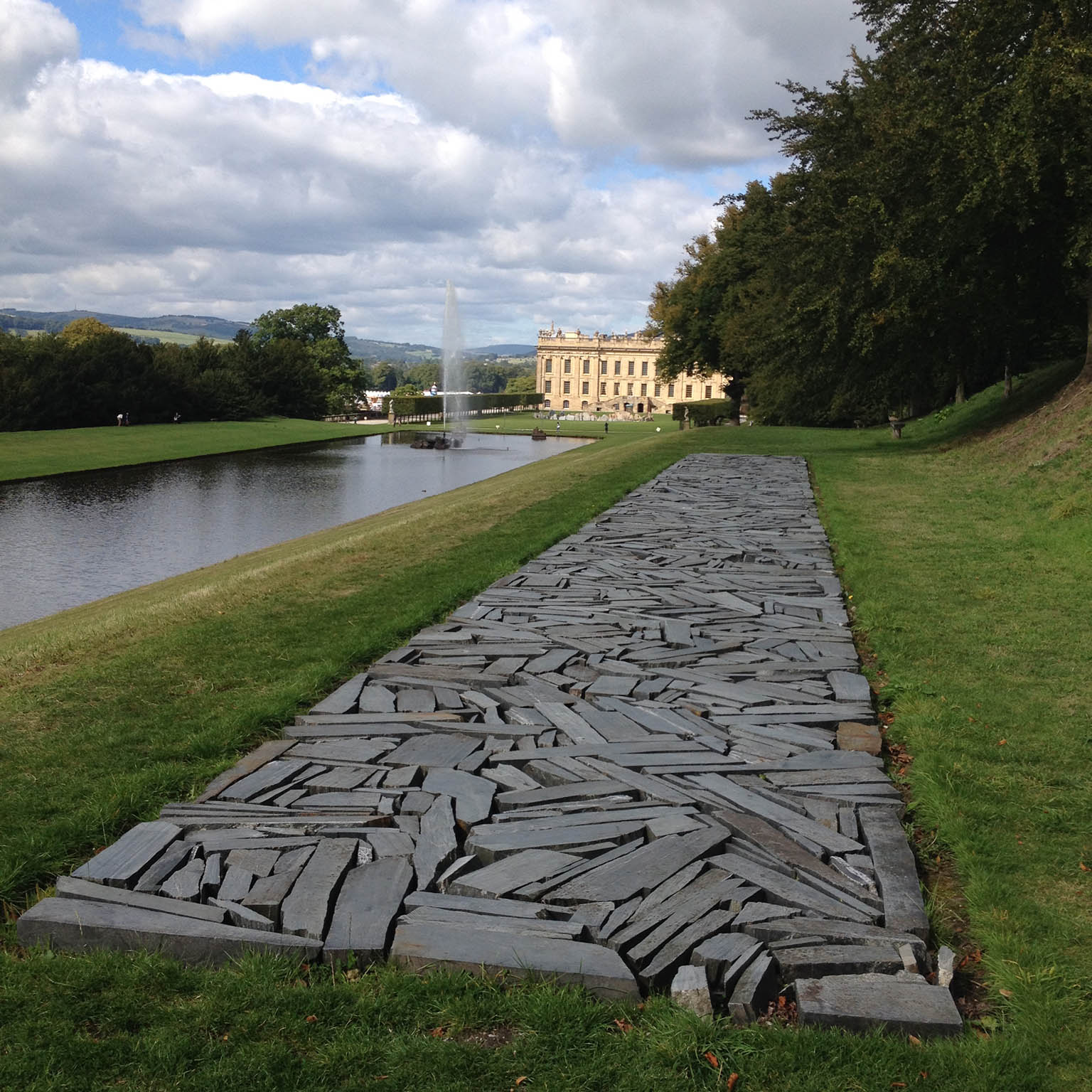 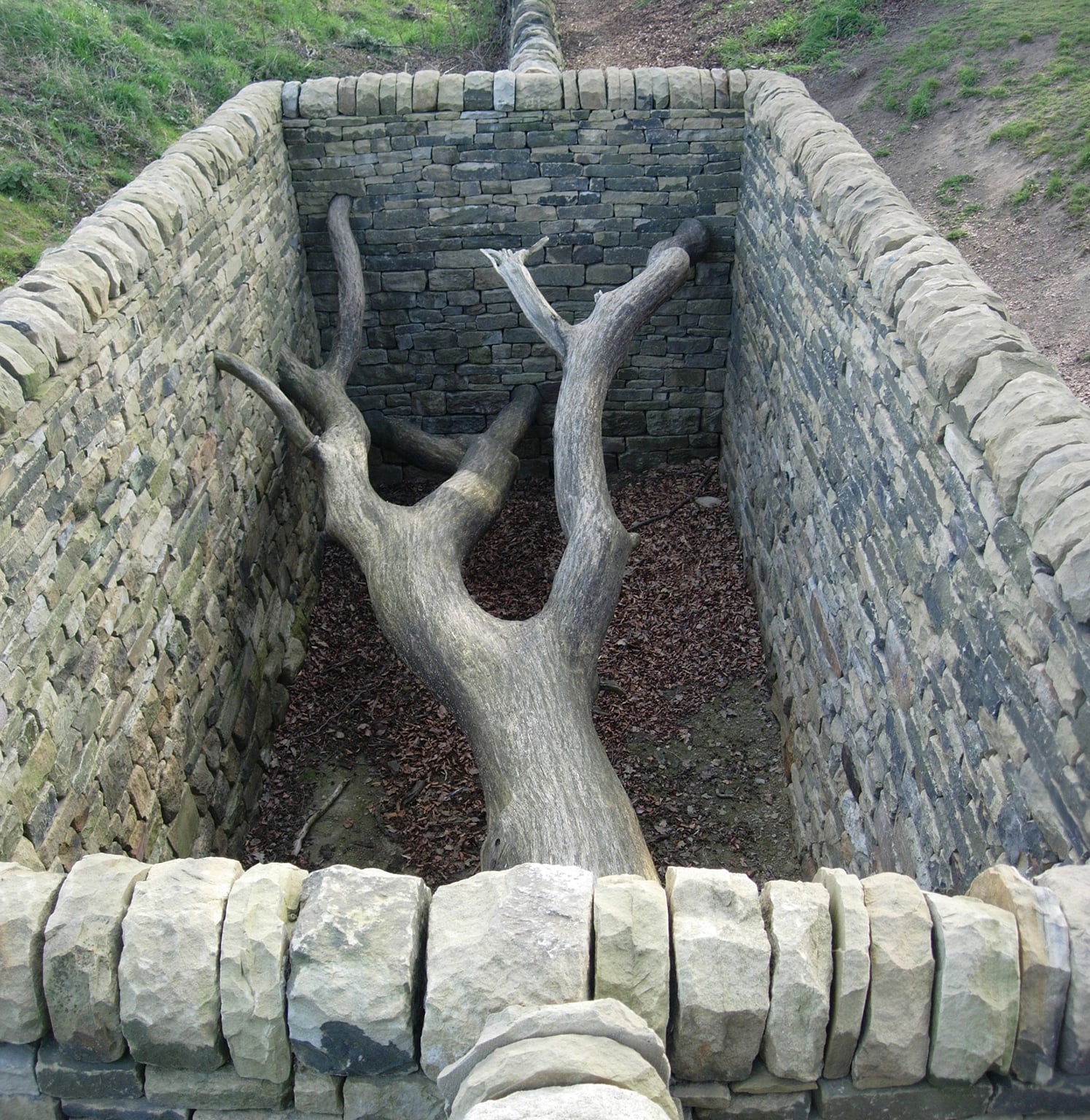 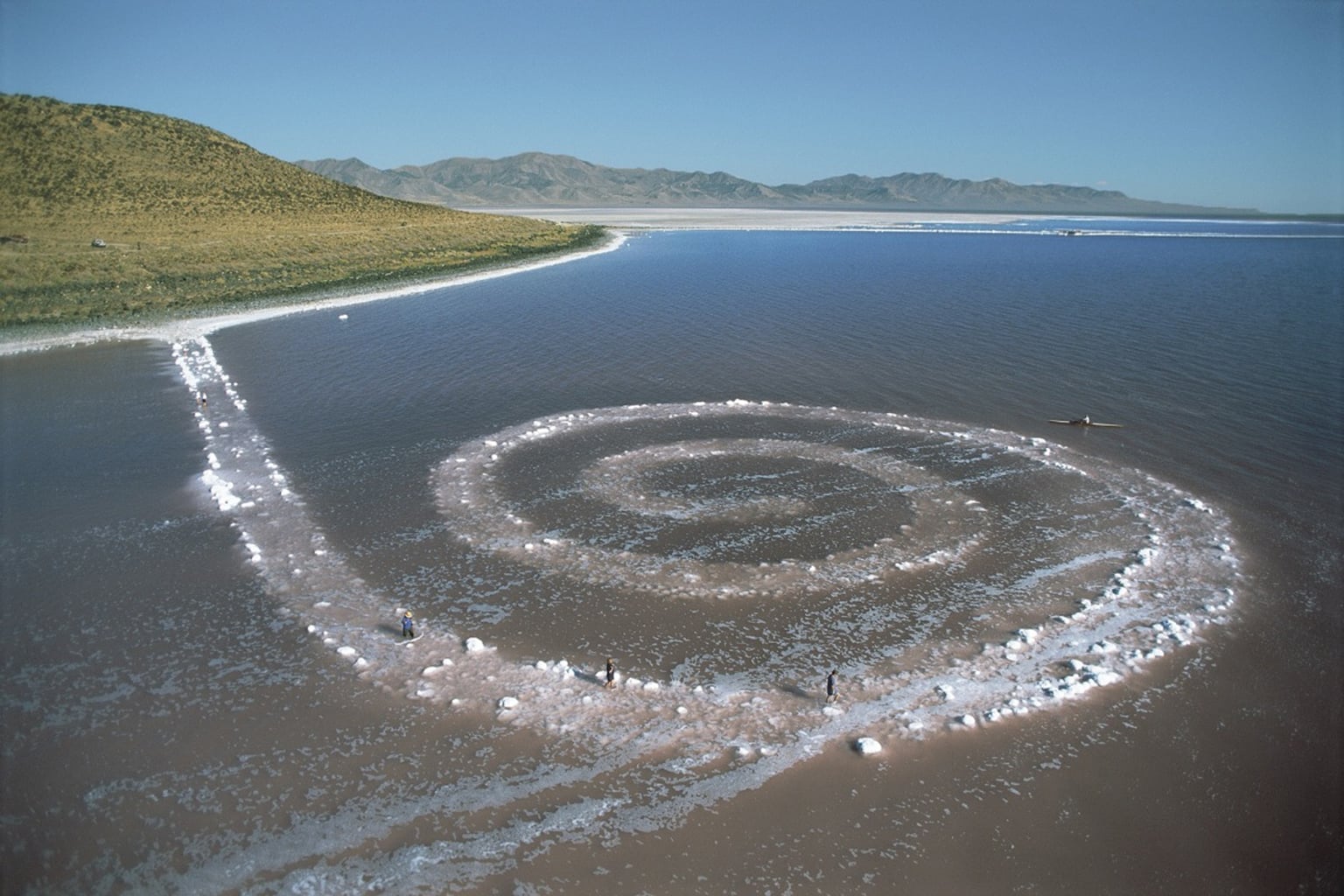 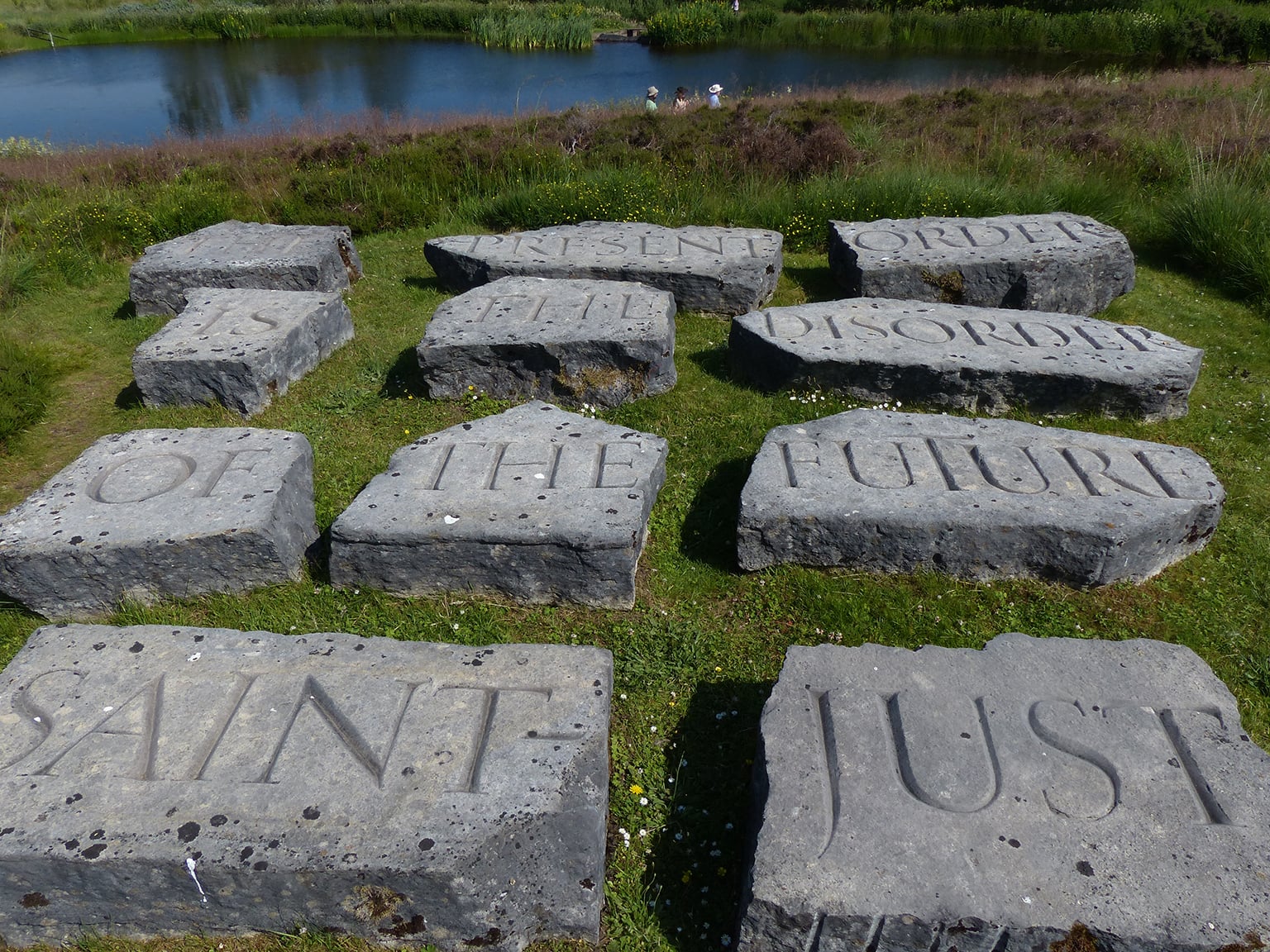 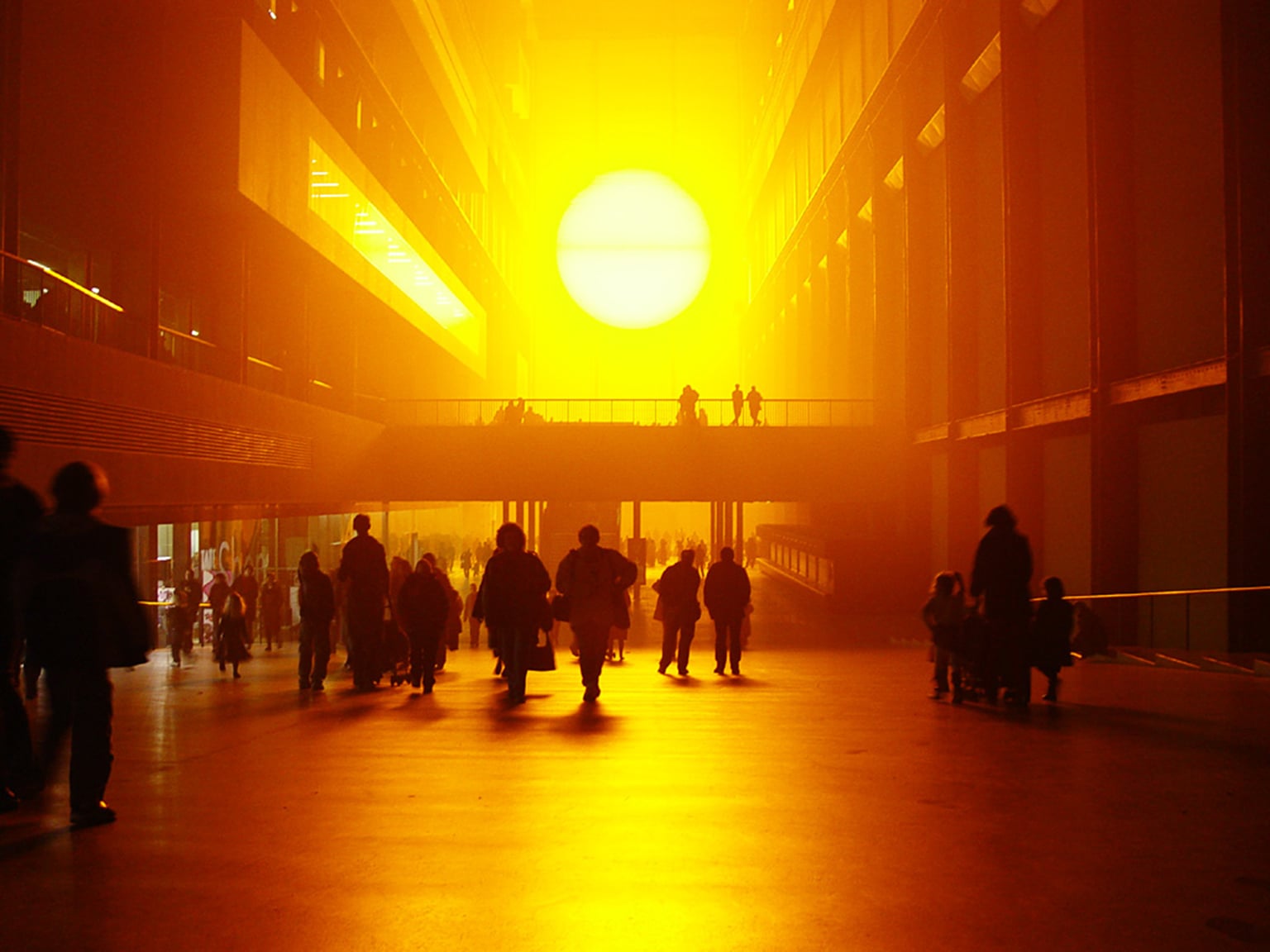 Capability Brown was deeply concerned with pacing when considering his designs, creating a flow that was man-made, but appeared natural. Land artist Richard Long is similarly interested in the landscape’s natural rhythms and the way humans move around it. His piece Cornish Slate Line gives precision and order to the stones he found on a country walk. It now resides in the grounds of Chatsworth, which were designed by Brown.

Although Goldsworthy is critical of the idea that nature can be improved with human intervention, his skill at emphasising what is already there through careful and considered adaptation is a trait he shares with Brown. His extraordinary sculptures use found materials to emphasis the environment that surrounds them. For example, Hanging Trees at Yorkshire Sculpture Park encloses an oak tree in a stone enclosure, suggesting a tension between wild and farmed land.

The enormous coiled jetty that extends into Utah's Great Salt Lake is perhaps the most famous piece of land art in the world. Richard Smithson began the project in 1971, hauling 6,500 tonnes of black basalt rock and earth taken from the lakebed. The scale of this vision is similar to Brown’s, who would demolish hillsides, drain lakes and build ditches (known as ha-has) in order to create an ideal landscape. Much like these British gardens, visitors to the lake are free to explore and walk along the jetty, interacting with the work close up and first hand.

After re-carving his landscapes Brown would accent points of interest with small classical temples, ornaments and follies. These spots were designed as spaces for entertainment or contemplation. A 20th-century comparison is Ian Hamilton Finlay’s Little Sparta in the Pentland Hills, near Edinburgh. This sculpture garden embodies the neoclassical idea of philosophical provocation that inspired Brown. It is filled with over 275 works of art that can be appreciated individually or as an overarching, conceptual whole.

One of Brown’s main goals was to reflect the power of ‘natural forces’, removing the regimented and uniform designs of formal gardens and instead enhance the wild environment of the open countryside. Olafur Eliasson is similarly concerned with harnessing natural phenomena, often as a way of commenting on issues of global warming and pollution. In 2003 Tate Modern commissioned The Weather Project, which caused an artificial sun to rise within the Turbine Hall, surrounded by mist.

Noble Prospects: Capability Brown and the Yorkshire Landscape is at Mercer Art Gallery, Harrogate, 25 June to 11 September. The exhibition is supported by a Jonathan Ruffer Curatorial Grant.