Competition – Britain: One Million Years of the Human Story

Win tickets to the Natural History Museum's amazing exhibition, plus a book and other merchandise. 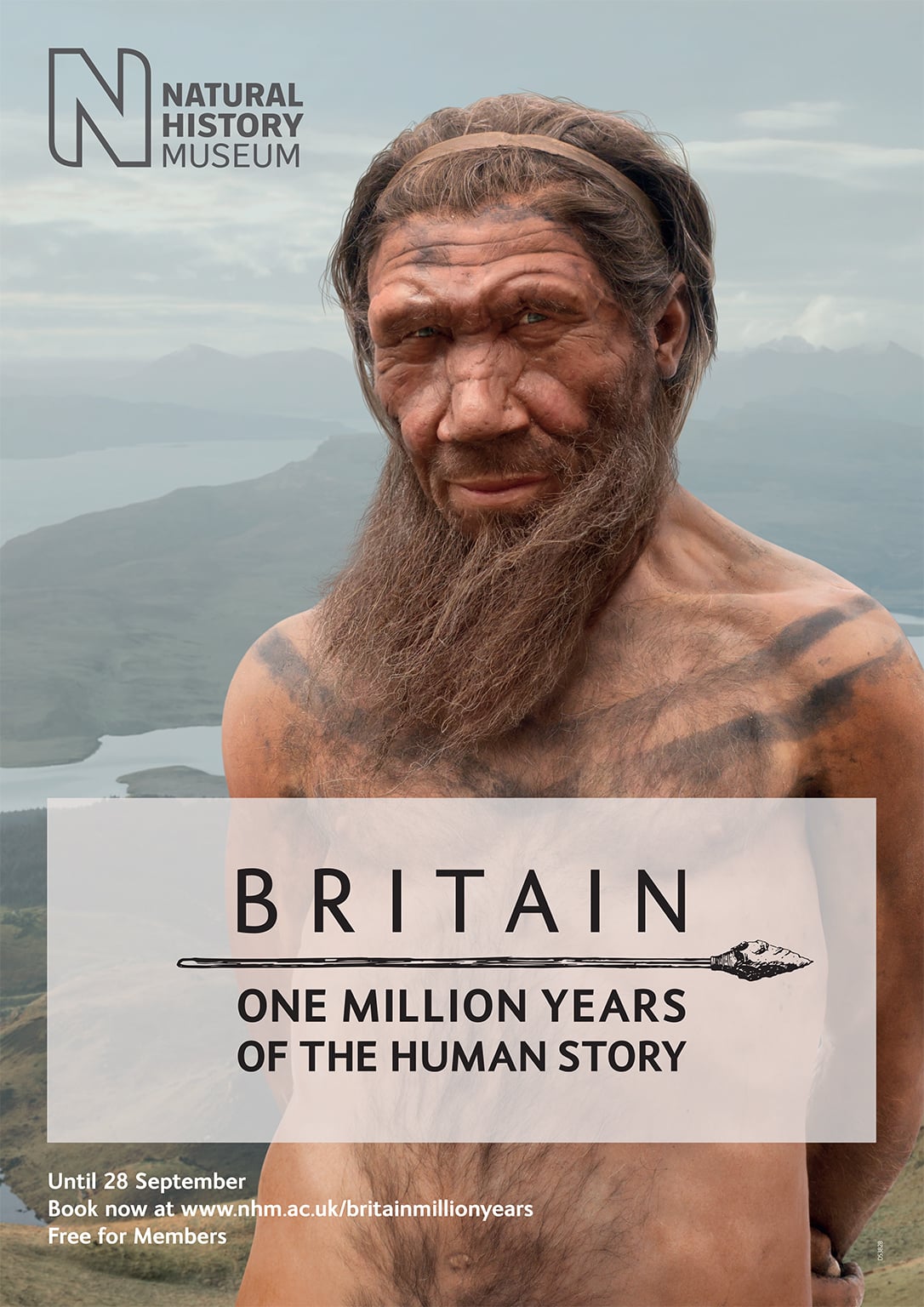 Drawing on 12 years of research, the Natural History Museum's Britain: One Million Years of the Human Story tells the story of the changing faces and spaces of prehistoric Britain.

The research yielded an array of surprising facts. For example, for most of the last one million years Britain has not been an island. Over this time, it has swung between multiple ice-ages and Mediterranean-like climates, and there were 100,000 year gaps when people completely deserted Britain, before re-inhabiting it once again.

We're giving away a pair of tickets plus the accompanying book and an exhibition-branded notebook and pen to one artfund.org reader. For the chance to win, just fill in the form below, answering the question: in which year did the Natural History Museum open to visitors?

The competition closes on Friday 23 May at 11.59pm. One entry per person. Read the terms and conditions.

Britain: One Million Years of the Human Story is at the Natural History Museum until 28 September. Get 50% off entry with the National Art Pass.