In the latest issue of our magazine, Richard Shone reveals the radical work of Vanessa Bell, Deyan Sudjic celebrates Zaha Hadid's legacy, Gabriel Orozco talks about the significance of the circle, and John Milner writes on how the Russian avant-garde had to 'adapt or die'. 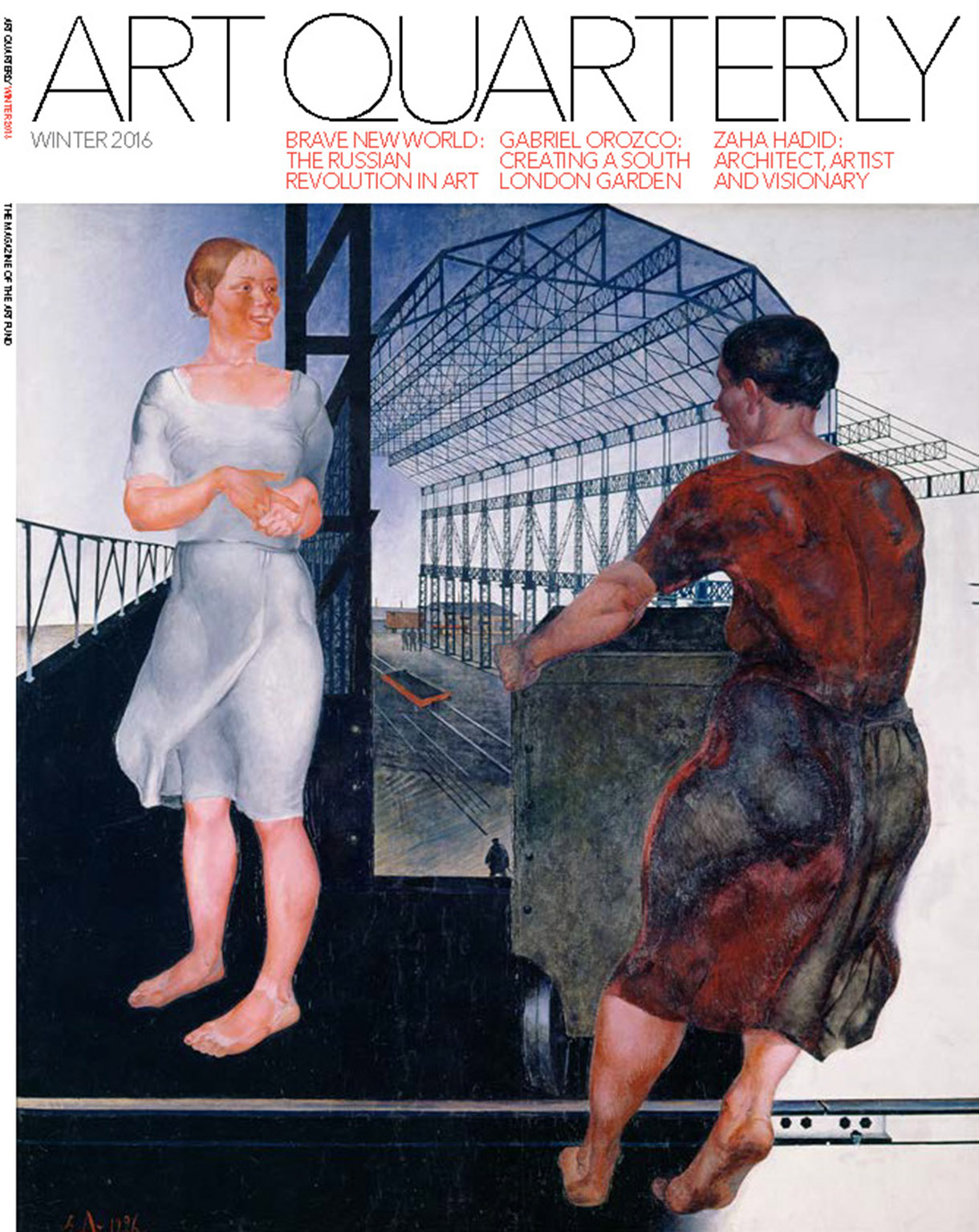 There used to be a sign in the Tretyakov Gallery on Krymsky Val in Moscow, where the painting on this issue’s cover – Aleksandr Deineka’s Construction of New Workshops – usually hangs, that acknowledged almost apologetically that the Stalinist era was not ‘favourable for Soviet art’. Russia during the early decades of the 20th century may have produced some of the most radical and experimental artists of the Modern age (Malevich, Kandinsky, Rothko…). But government-imposed Socialist Realism, with its insistence on optimistic scenes of life in the USSR, put a stop to all that. But if Deineka was an early proponent of the style, the composition and complicated perspective here are experimental even so, not least in the way they echo the montage techniques that Soviet photographers and filmmakers were investigating at the time.

Deineka’s best-known works are arguably the mosaics in Moscow’s Mayakovskaya metro station, which opened in 1938 and won the Grand Prix at the following year’s World’s Fair in New York. Realised by craftsmen trained by the then-suppressed Orthodox church to depict the 24 hours in the life of the sky over the city, they are exuberant scenes of kite flying, smoke stacks, cranes, aeroplanes, searchlights, parachutists, high-jumping athletes and so on, all as seen from underneath.

The station is an oddly beautiful place, with its white stucco walls, ribbed stainless steel arches and monochromatic marble paving features a succession of framed black squares evoking Malevich’s pioneering Black Square (1915), an audacious act given that by then abstraction was effectively banned by the state, and Malevich was dead.

This winter works by Deineka, Malevich and their peers will hang at the Royal Academy as part of a ground-breaking exhibition (which John Milner writes about on page 54) of art made directly after the Russian Revolution, when the avant-garde was still championed for its revolutionary fervour and radical thinking.

Several of these artists crop up again in Deyan Sudjic’s tribute to the visionary architect Zaha Hadid (page 46), whose new Mathematics gallery opens at the Science Museum in December and whose paintings and drawings are the subject of an exhibition at the Serpentine Sackler Gallery. (Indeed Richard Shone also refers to the ‘full blast of the pre-War European avant-garde’ and its influence on Vanessa Bell in his fascinating essay on her importance as a painter on page 40.) Hadid often acknowledged the influence of the Russian avant-garde on her work, describing her buildings as ‘spatialising Suprematist composition into the third dimension’.

She is not the only architect in the issue. On page 60, Stephanie Macdonald, co-founder of 6a, can be found in conversation with the Mexican artist Gabriel Orozco, with whom she collaborated on an extraordinary garden – it might equally be called a work of art – for the South London Gallery.

Stephen Deuchar adds: 'Sadly for us, this is Claire Wrathall’s last issue as editor. We wish her great success in her new projects and thank her warmly for her magnificent contribution to the magazine’s development.'