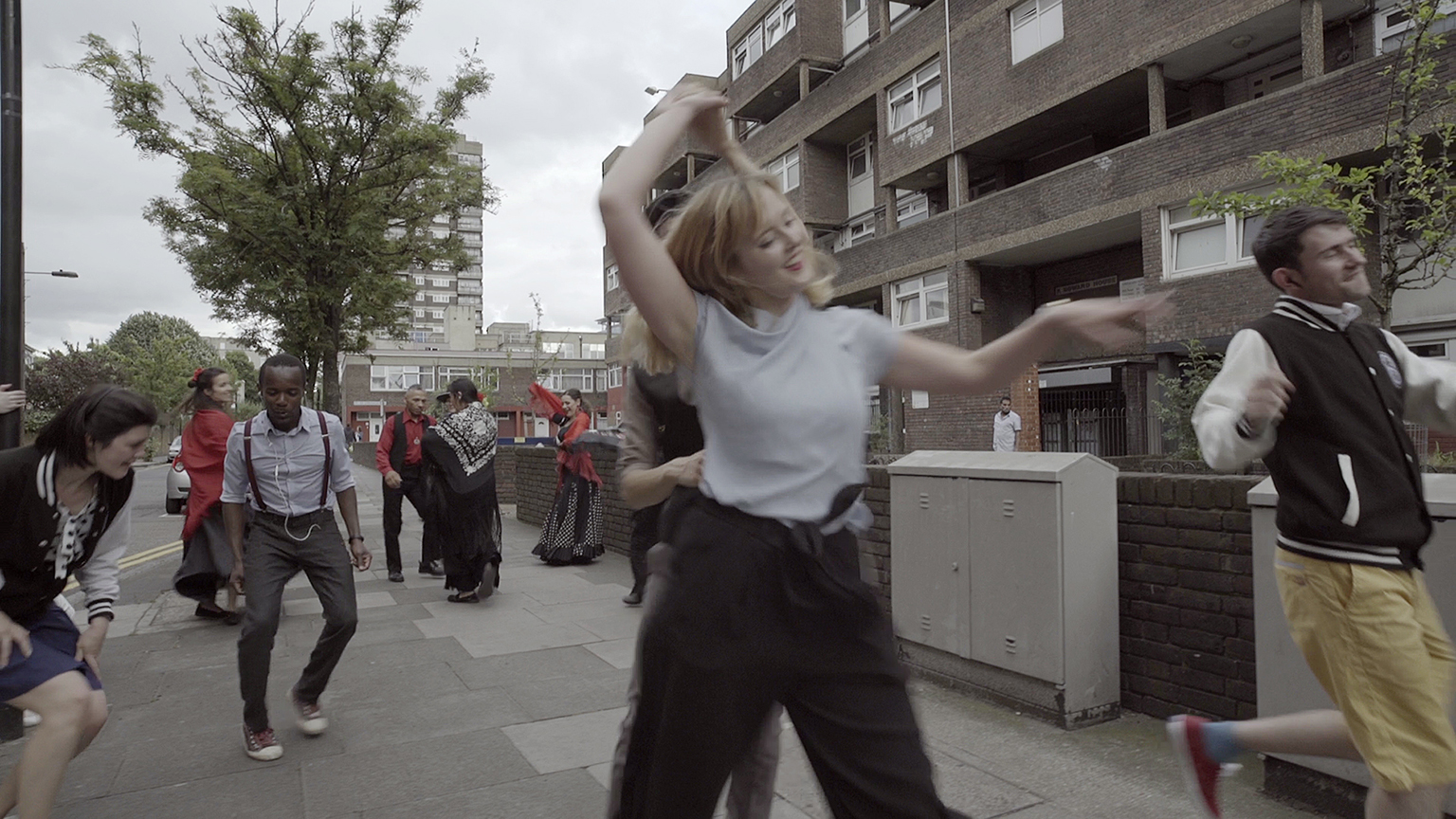 Starting from 6pm, most venues are open late – and there’s more to explore beyond the curated projects, with an associate programme of 60 events. We’ve rounded up the projects below, with selected highlights from the associate programme – plus, where to stay out late and other ways to make the most of your evening.

Charles Avery
Inspired by his upbringing on the Isle of Mull, Charles Avery has spent the last 10 years mapping life on his fictional Island – and for Art Night 2017 he brings part of it to St Katharine Docks as a large-scale installation complete with cocktail bar and even, possibly, some inhabitants.

Jake and Dinos Chapman
The brothers present an epic poem in the form of a film at Pennington Street Warehouse, as Jake performs live with his band to an audience of ‘eyeless mannequins dressed in the clothes of the dead’ – and, potentially, you. The pair are also staging an intervention at Dennis Severs’ House, inserting paintings among the furniture.

While you’re in the area: Continue the otherworldly theme of Charles Avery’s imaginary Island with a visit to The Garden of Virtual Utopias at Thomas More Square, where curator Estela Oliva presents works that illustrate how virtual simulations could become our future utopian spaces. 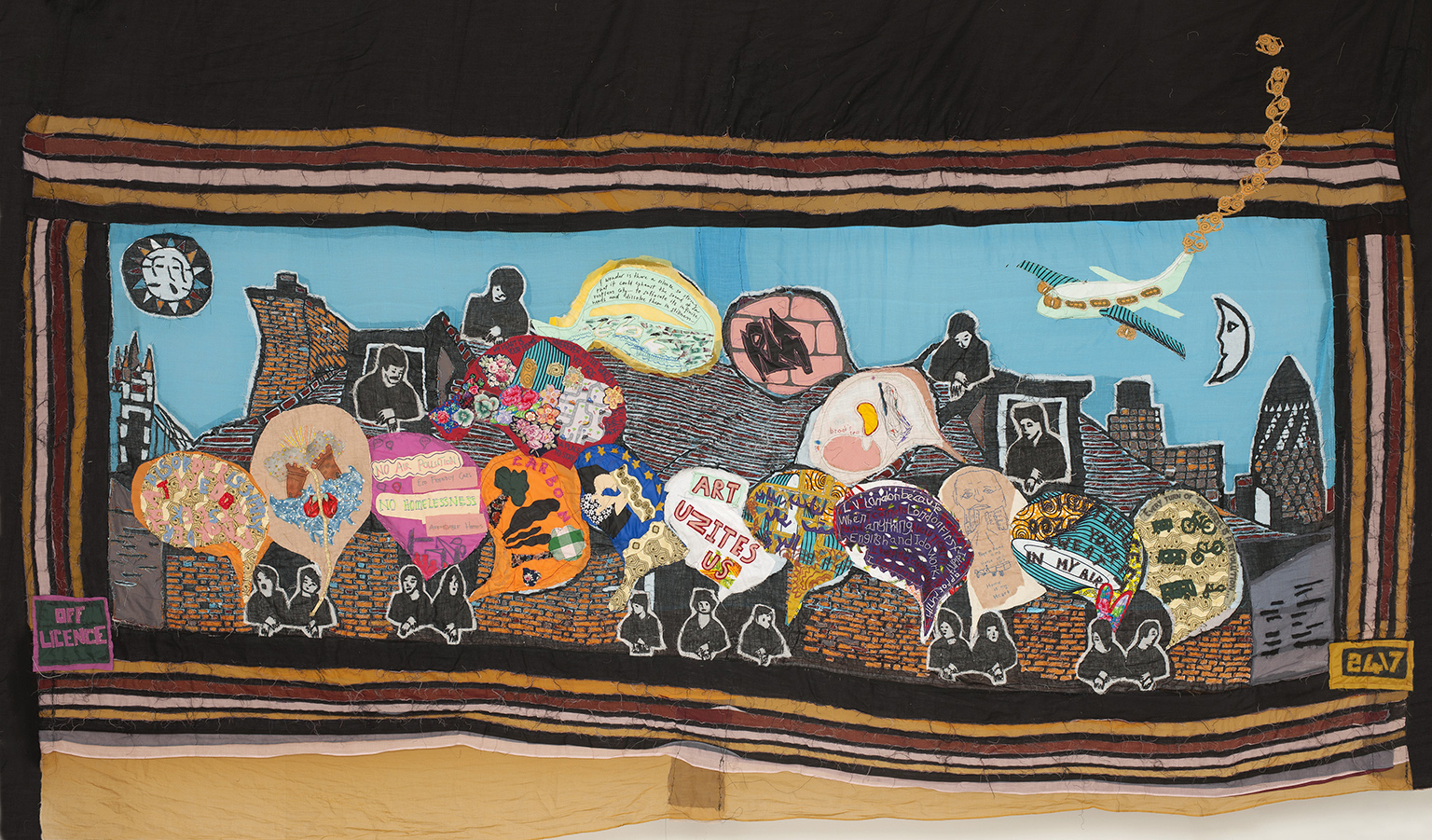 Benedict Drew
Taking cues from visuals in the space, Benedict Drew and a group of eight musicians turn Drew’s existing multimedia installation at Whitechapel Gallery into an improvised score, producing sounds of increasing intensity with the hope of taking the listener to a reflective or ecstatic state.

Güneş Terkol
At the culmination of her month-long residency in London, Istanbul-based artist Güneş Terkol presents a piece created in collaboration with residents of Middlesex Street Estate: a large sewn banner detailing their hopes, dreams and thoughts about the neighbourhood, which can be viewed in the windows of The Cass. A permanent mural for the estate’s external wall will also be unveiled on Art Night.

Lawrence Lek
Lawrence Lek’s virtual reality video game asks you to consider the ever-blurring boundaries between work and play, by taking you into a sci-fi reimagining of the White Chapel Building, now the headquarters of a mysterious start-up that rewards workers for outsourcing their labour.

While you’re in the area: Experience a ritualistic soundscape based on recordings of raindrops at St Olave Hart Street; take part in life-drawing classes at Sir John Cass’s Foundation Primary School; and enjoy late openings at galleries including Leyden Gallery and Yamamoto Keiko Rochaix. 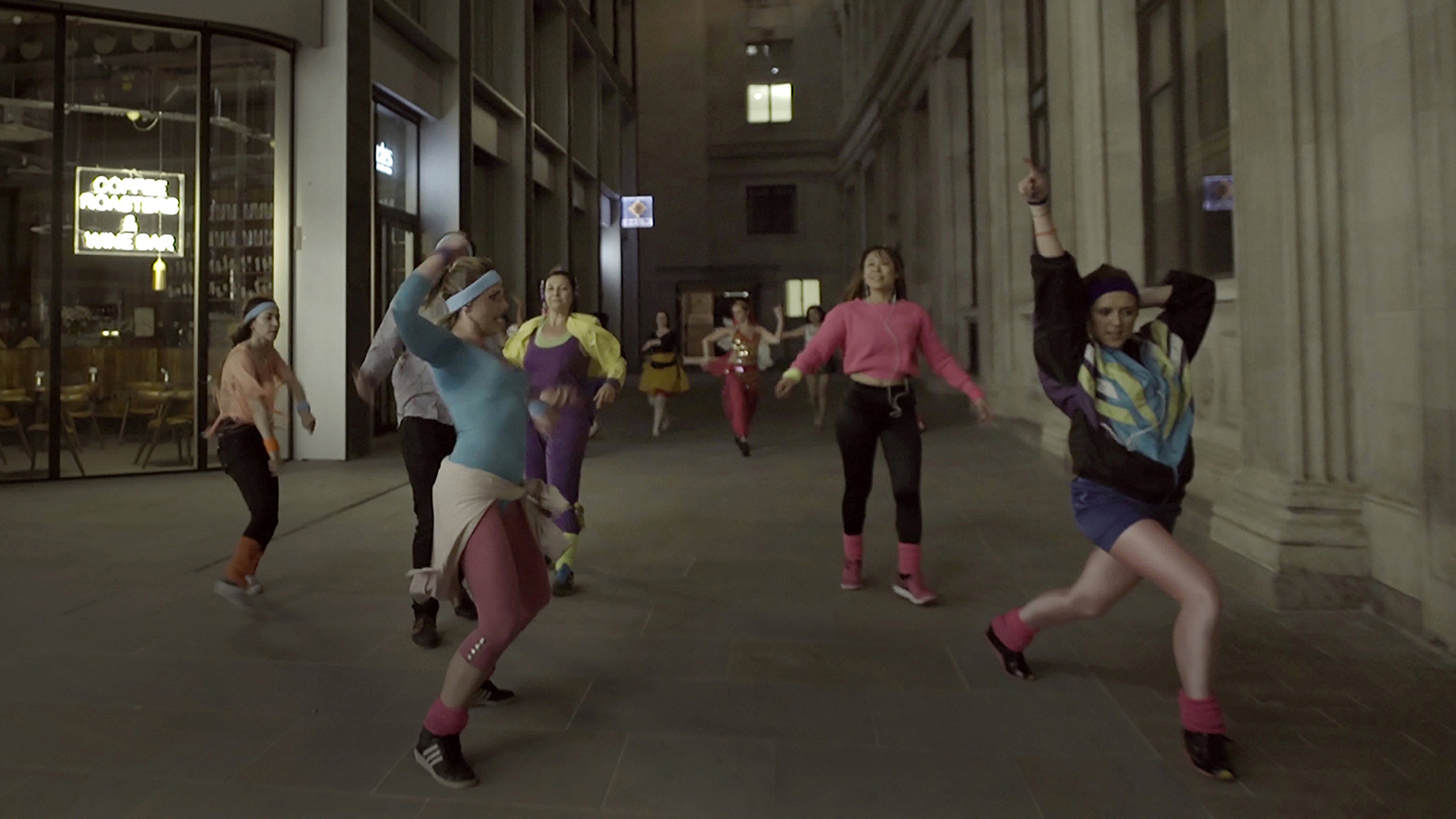 Lindsay Seers
In response to the setting – a 105-year-old Masonic Temple that still functions as a meeting place for several masonic lodges – Lindsay Seers presents a video work exploring the persona and religion of early 20th-century occultist, magician and artist, Aleister Crowley.

Do Ho Suh
Exploring ideas of transience and change, Do Ho Suh’s looped video shows the artist and his friends’ dwellings, filmed as if they were located in the same apartment block. Their variation in appearance relates to the work’s setting in Christ Church Spitalfields, where a range of different architectural features – from Gothic to Venetian and Victorian – can be seen alongside each other.

Melanie Manchot
Supported by Art Fund, Melanie Manchot’s new commission sees dancers from 10 schools across East London parade through the streets, coming together in a collective performance at Exchange Square, Broadgate. Teachers offer dance lessons between 10pm and 1am, and afterwards the space becomes an open dance floor with silent disco.

While you’re in Spitalfields: See a compilation of recent video art commissions from artists including Ed Fornieles amd Zadie Xa at the Golden Heart pub; witness a performance referencing East London’s rope work trade at Old Spitalfields Market; and delve into the Bishopsgate Institute's collection of protest and campaigning materials.

While you’re in Shoreditch: Follow a trail of performances in and around the Victorian bandstand at Arnold Circus; and explore late-night openings at galleries including Unit9 and Hales London. 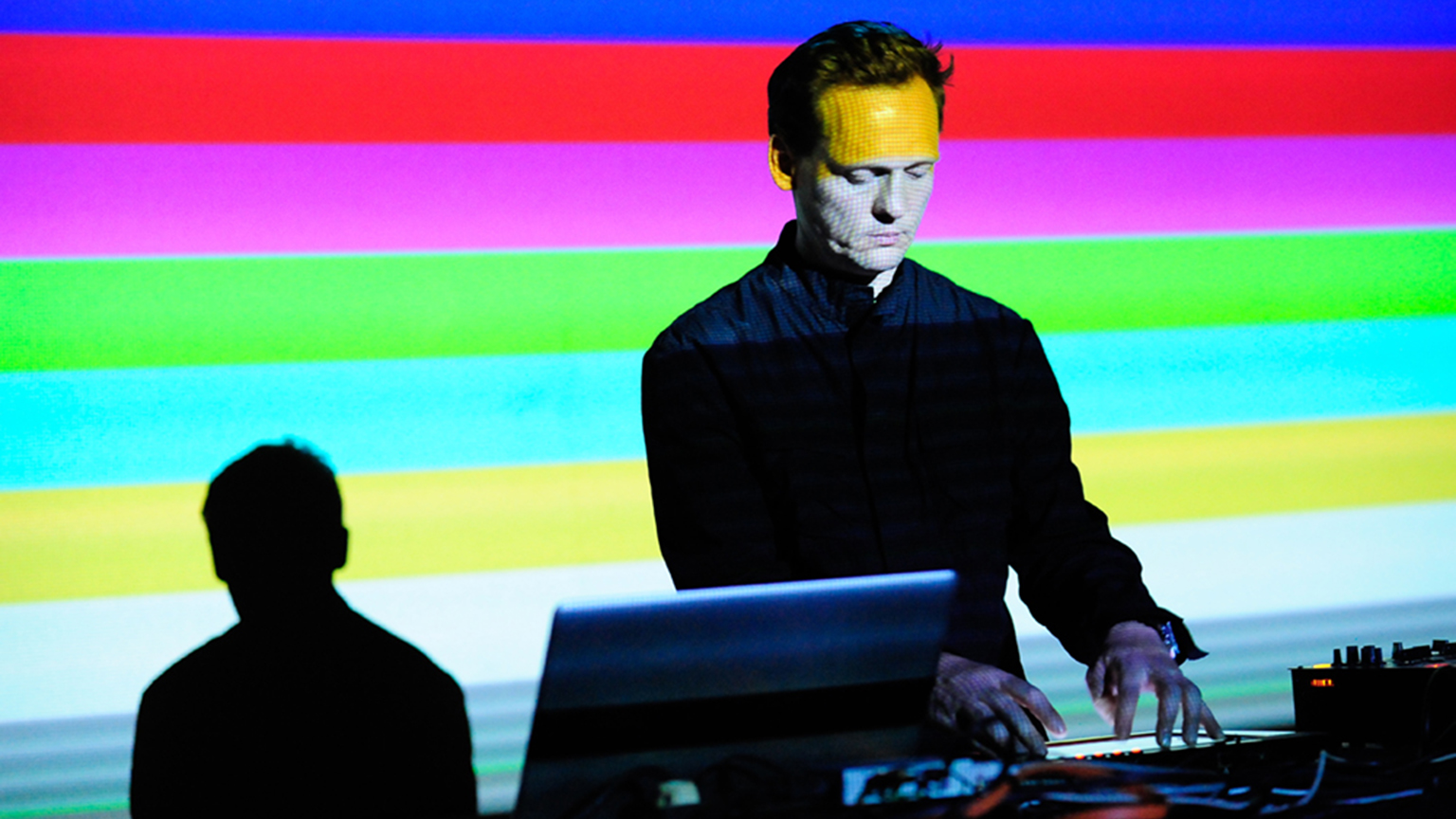 Where to stay out late

Club night at Village Underground (9pm-4am): Part of the curated programme, the Art Night club offers a searing line-up of sonic experimentalists including Mira Calix, Lee Gamble and many more, all programmed by Boiler Room and Alva Noto. Advance tickets are fully booked but a limited number priced £20 will be available on the door at 9pm; we recommend turning up early.

Late-night film showcase at Curzon Aldgate (10pm-4am): Frieze magazine and Frieze Film present Otherwheres, a 90-minute programme of commissioned artists’ films and shorts, playing on loop until 4am. You can also catch a screening of Victoria, Sebastian Schipper’s one-take heist movie, at 11.20pm and 1.40am.

All-night performance at Rich Mix (6pm-6am): Set in a pop-up venue modelled on a Russian summer house of 1917, Dash Arts present a performance of John Reed’s book on the October revolution interspersed with screenings, live music and DJs (and a 4.30am breakfast for those who last the night).

Other ways to make the most of Art Night

Ask an Art Night Guide: Want to know more about the work? Look out for one of the enthusiastic volunteers, who can answer any questions you may have about the projects and venues.

Join a tour: Two tours – Histories of Whitechapel and the Walkative Lecture – take in different areas’ real and imagined histories, as well as several of the commissions. You can pre-register, or drop in depending on capacity.

Come back the next day: Some Art Night highlights will still be on display on Sunday 2 July; find out what you can see and when here.

Stay up to date: Follow Art Night on social media: @ARTNIGHTLDN and #artnightldn