A painting of Brighton pier by JMW Turner, bought with Art Fund support, stars in a new exhibition of Turner's works opening tomorrow at the Royal Pavilion. 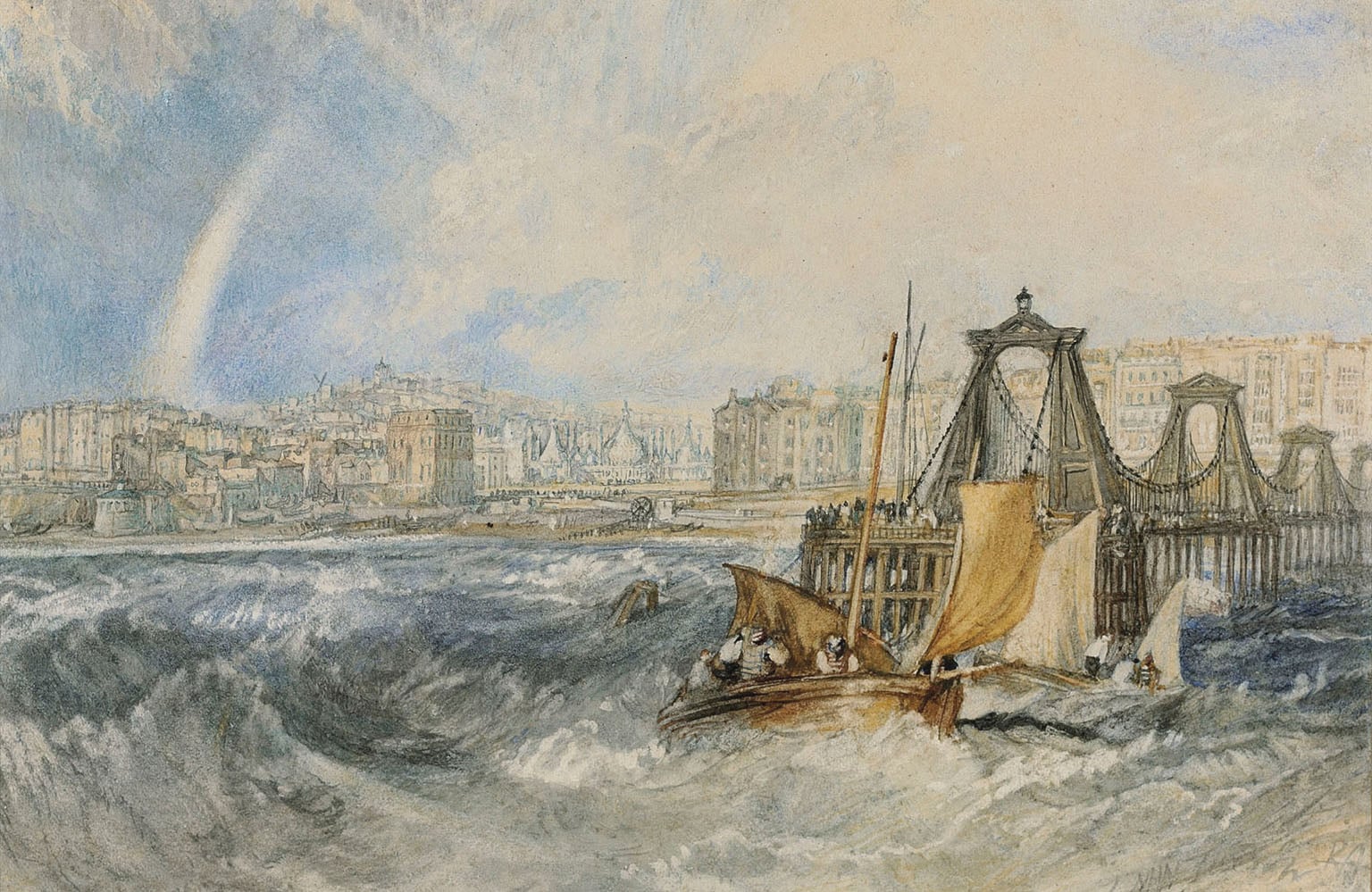 The exhibition, Turner in Brighton, brings together works created by Turner and his contemporaries in the seaside town. Watercolours, oil paintings, drawings, sketchbooks and prints by Turner will be displayed alongside works by John Constable, William Daniell and John Nash.

The focus of the exhibition, Brighthelmston, Sussex, was bought with help from the Art Fund in 2012. The watercolour was in private ownership for more than a century before finally returning to a public collection last year.

The painting shows Brighton from the sea, as a boat rides choppy waters in front of the newly built chain pier. It captures the city's sea front, including the distinctive domes of the Royal Pavilion itself, recently completed at the time of the painting.

Turner in Brighton is at the Royal Pavilion from 2 November 2013 until 2 March 2014. Entry is free with a National Art Pass.