Today we revealed the 25 artworks that will be appear on poster sites around the UK; we take a closer look at the top 10, from David Hockney's sensitive portrait of his parents to an explosion of colour from John Hoyland. 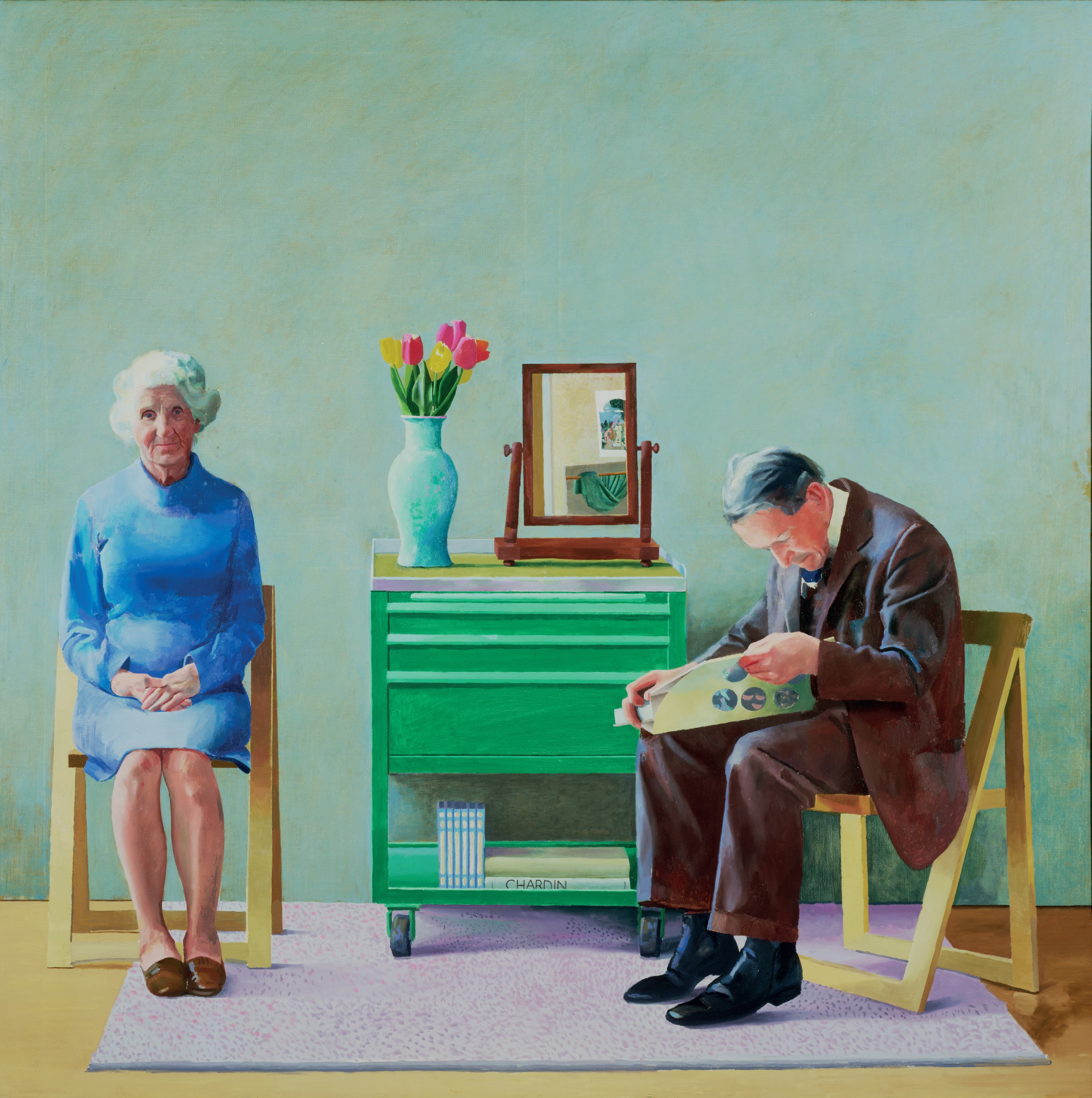 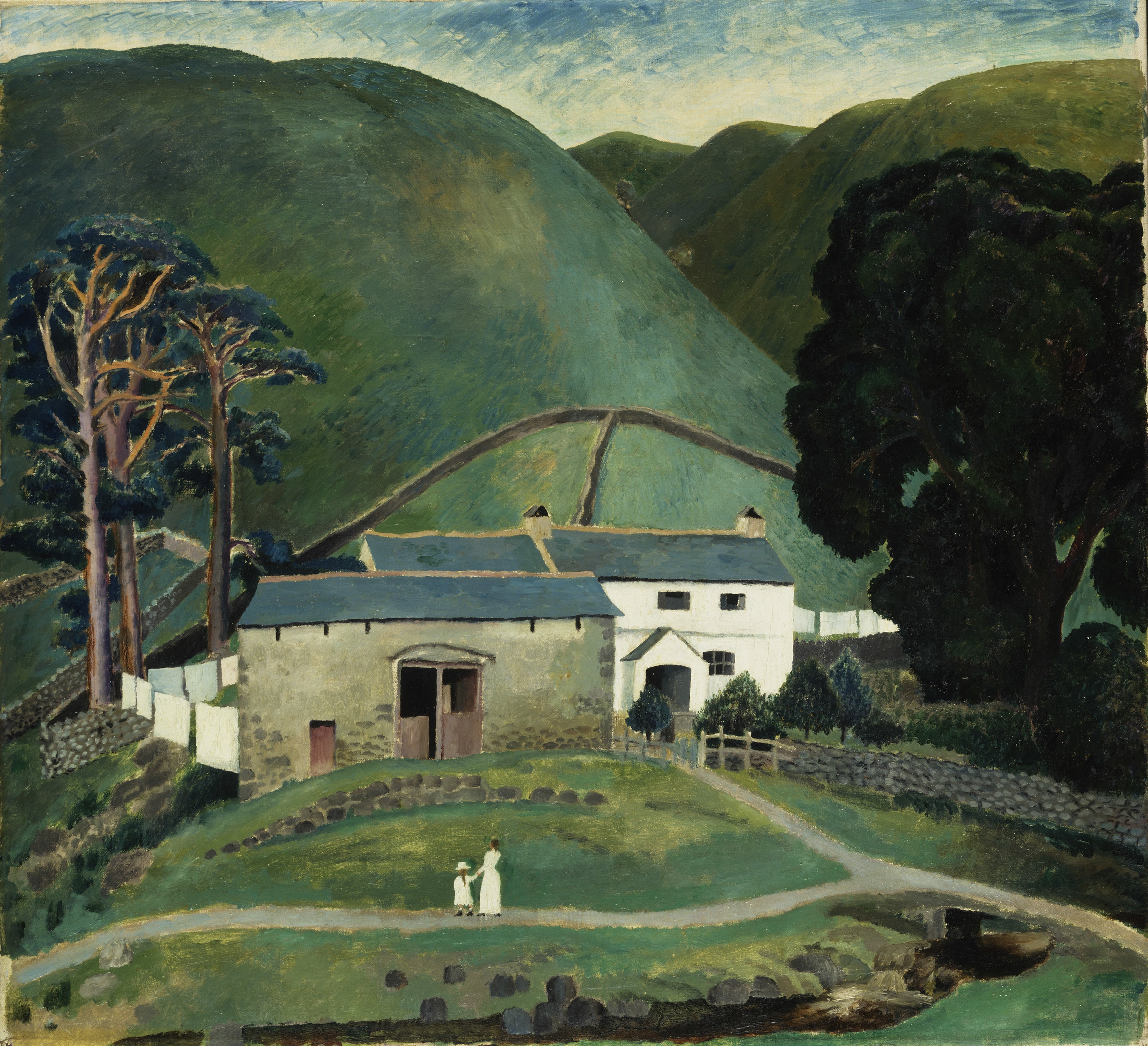 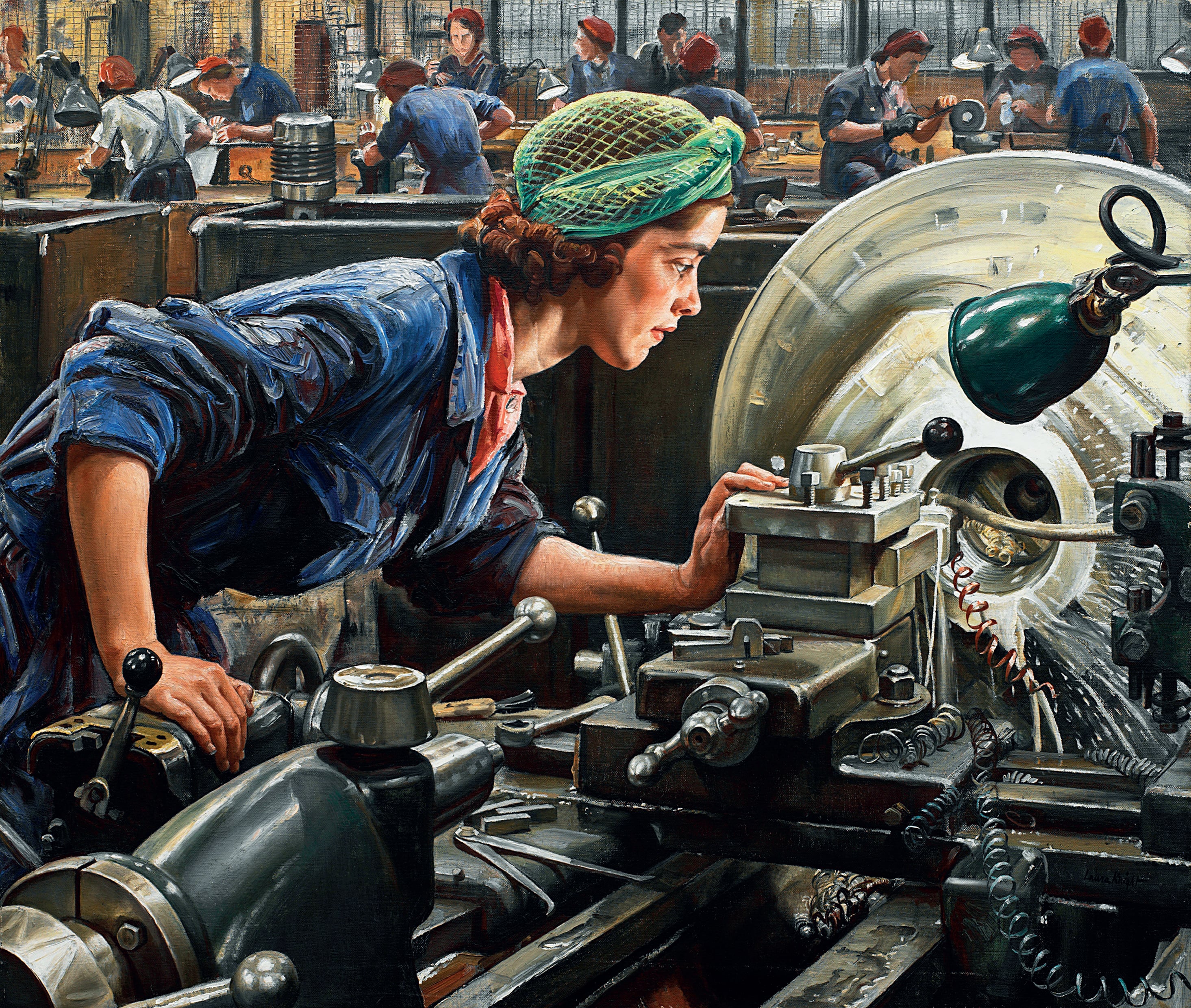 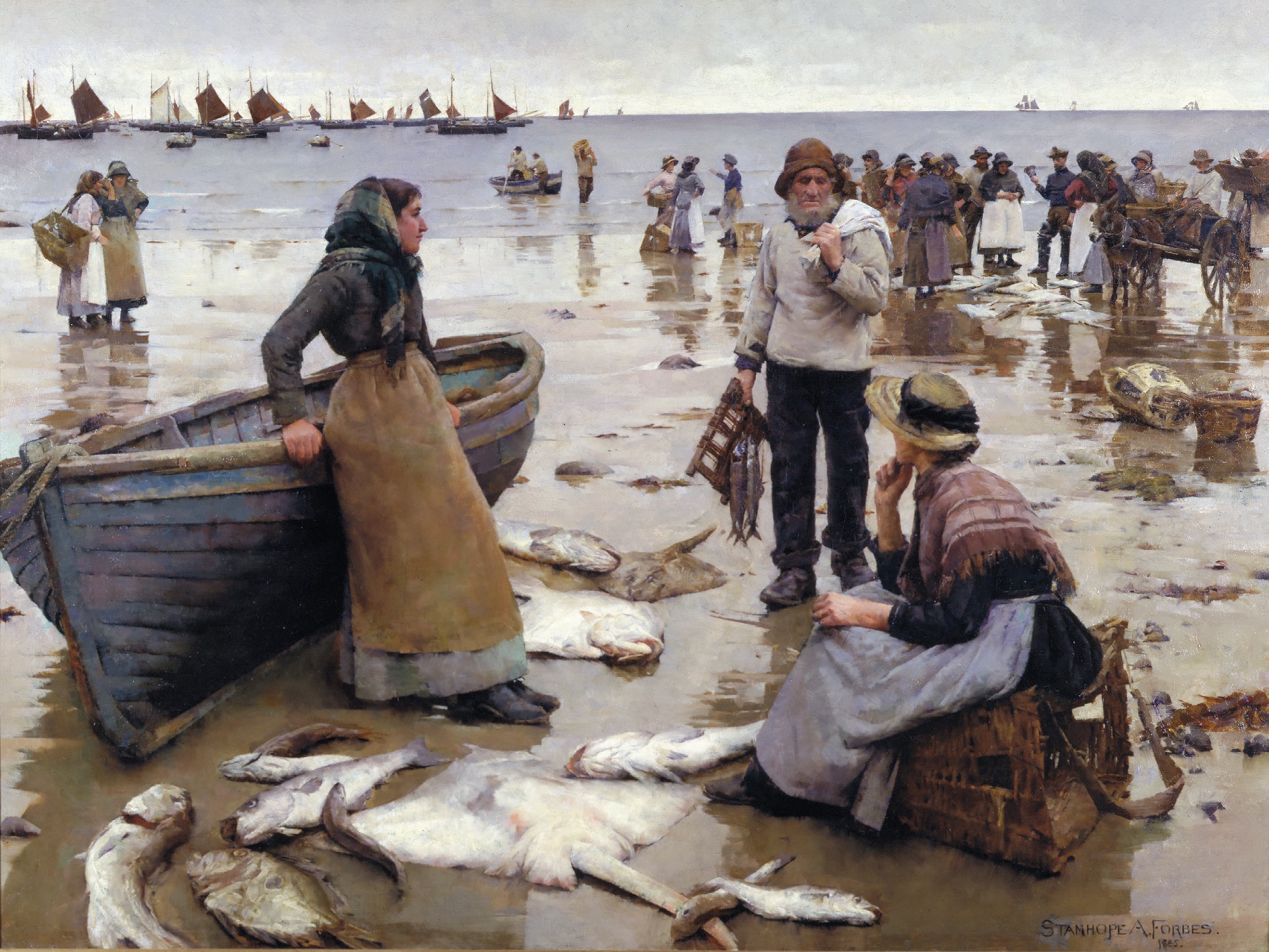 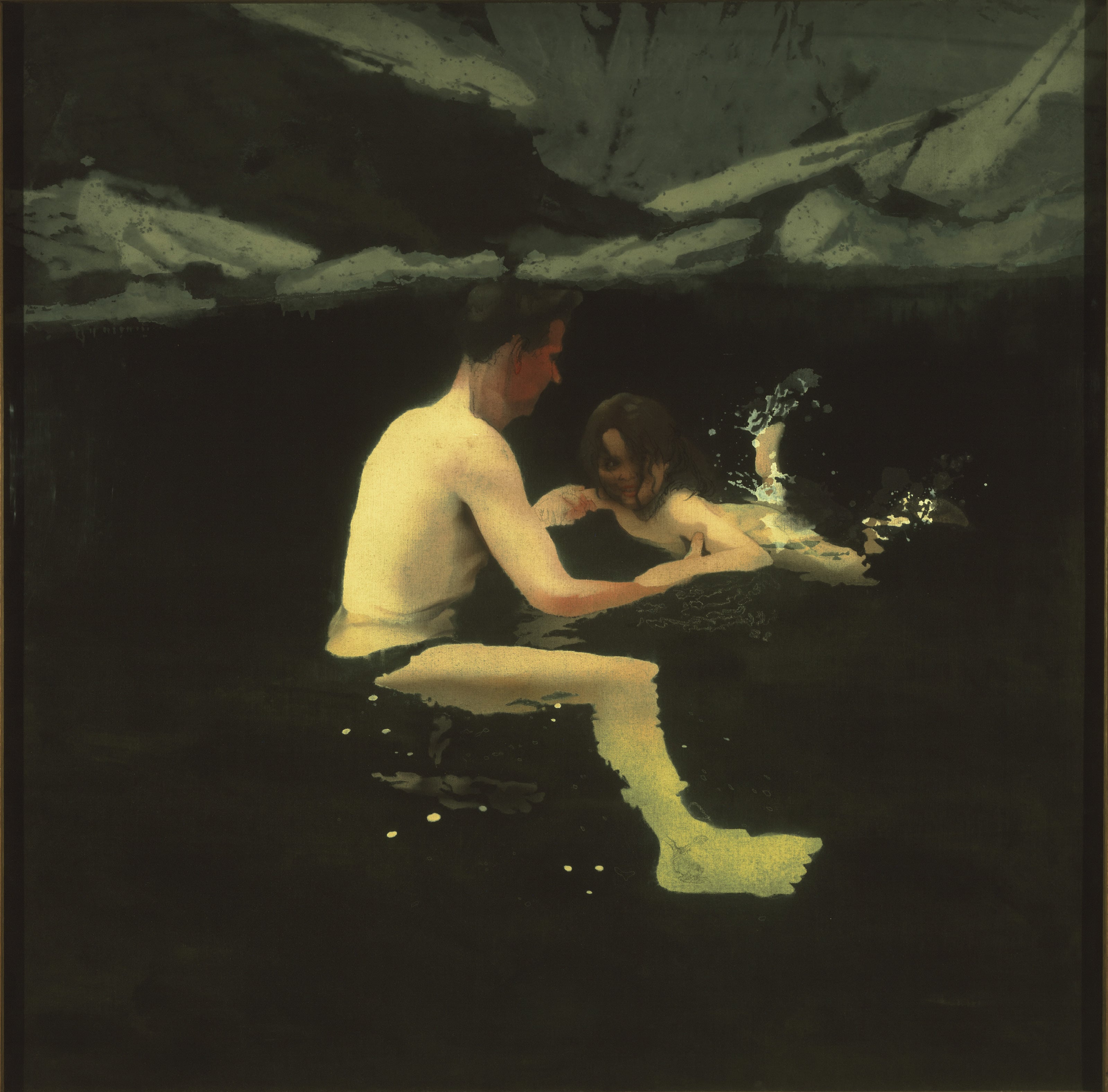 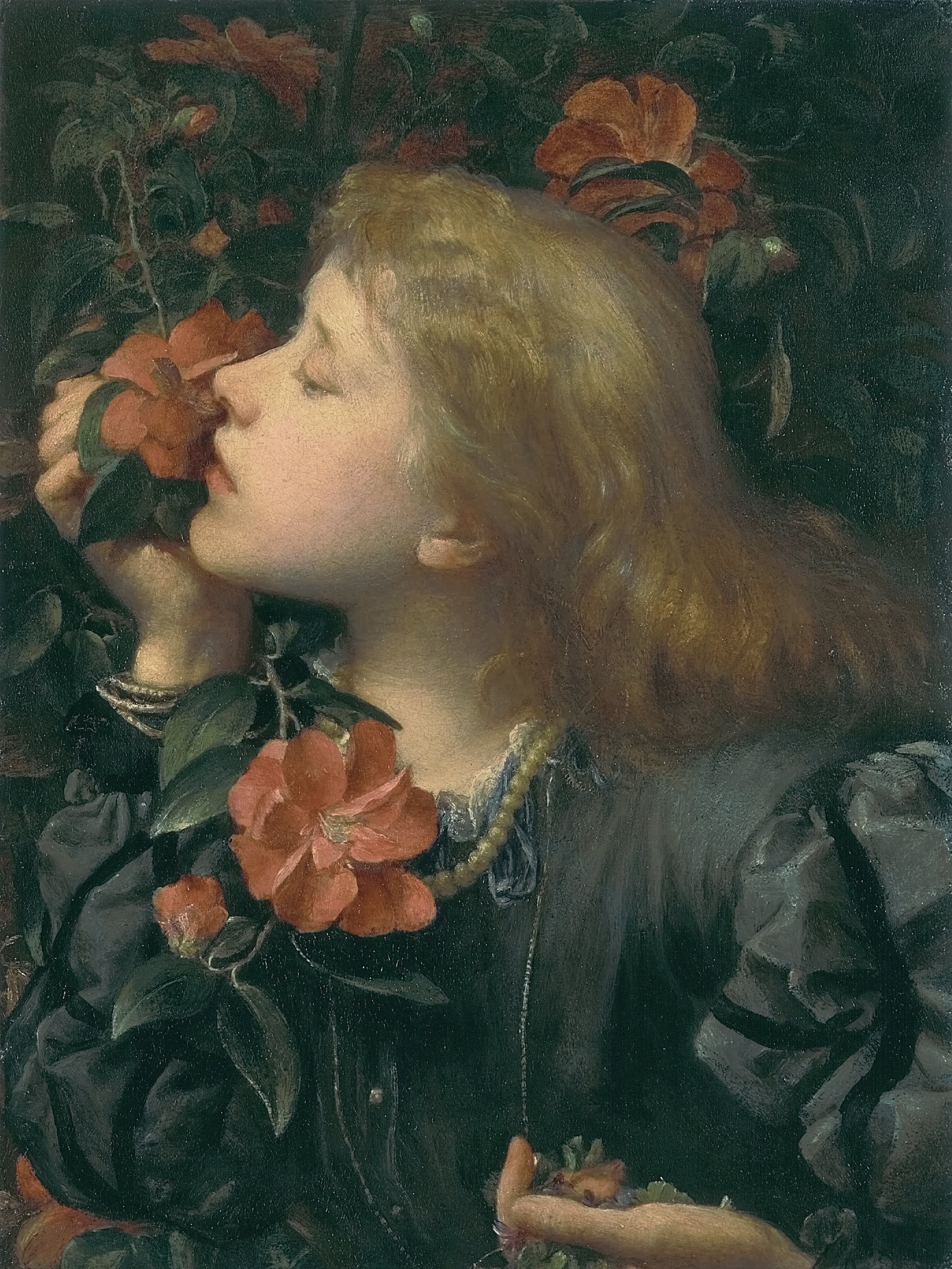 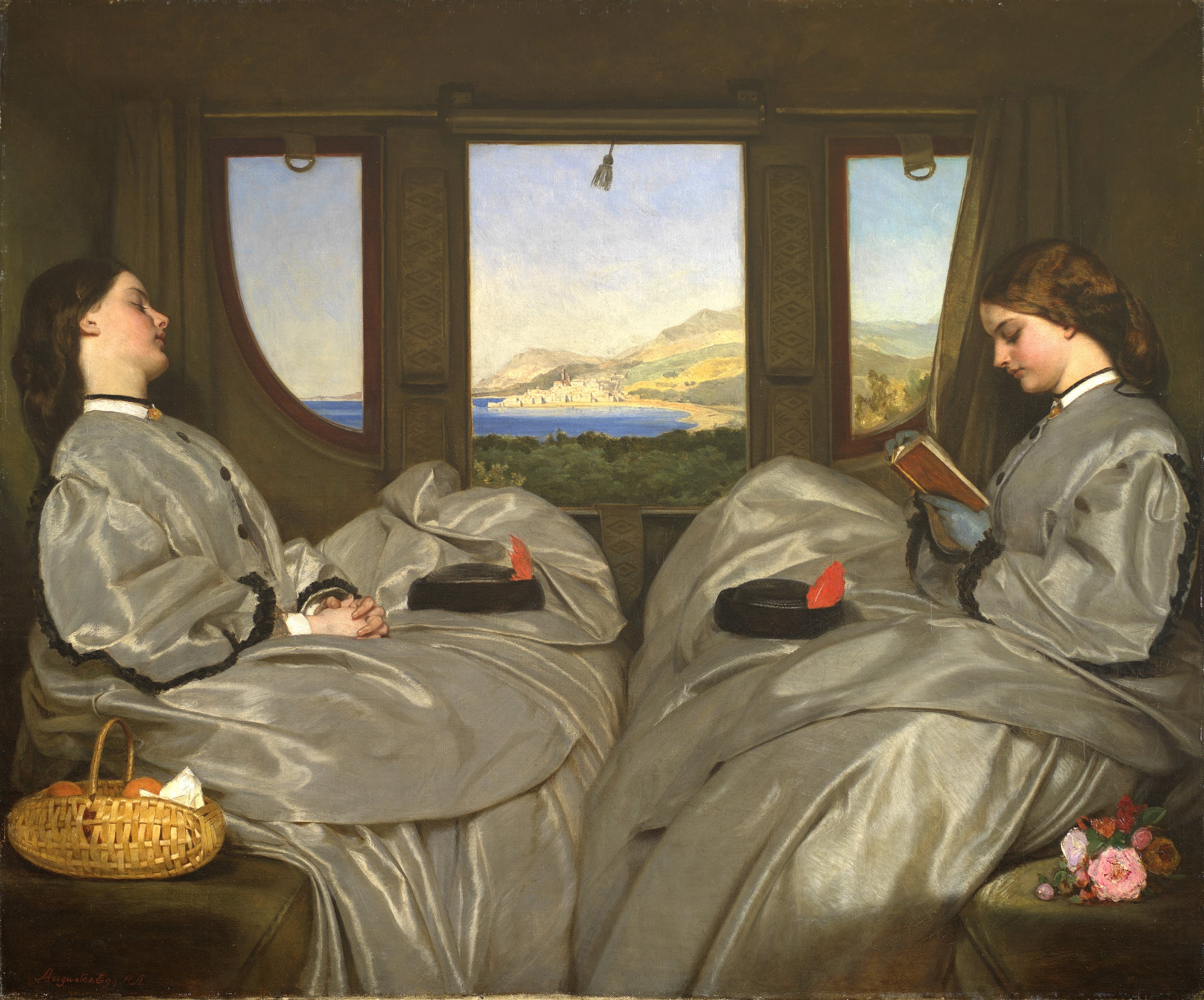 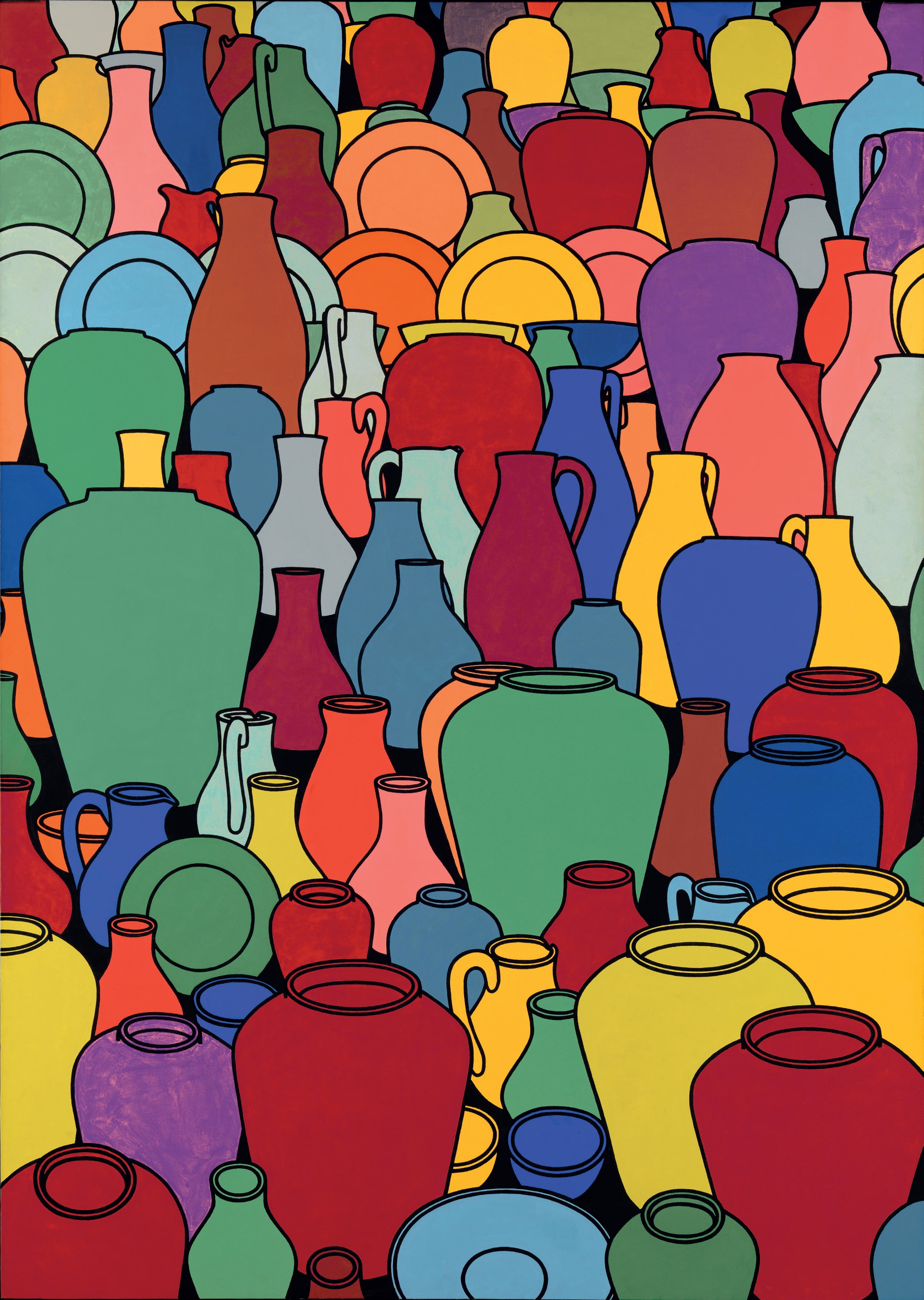 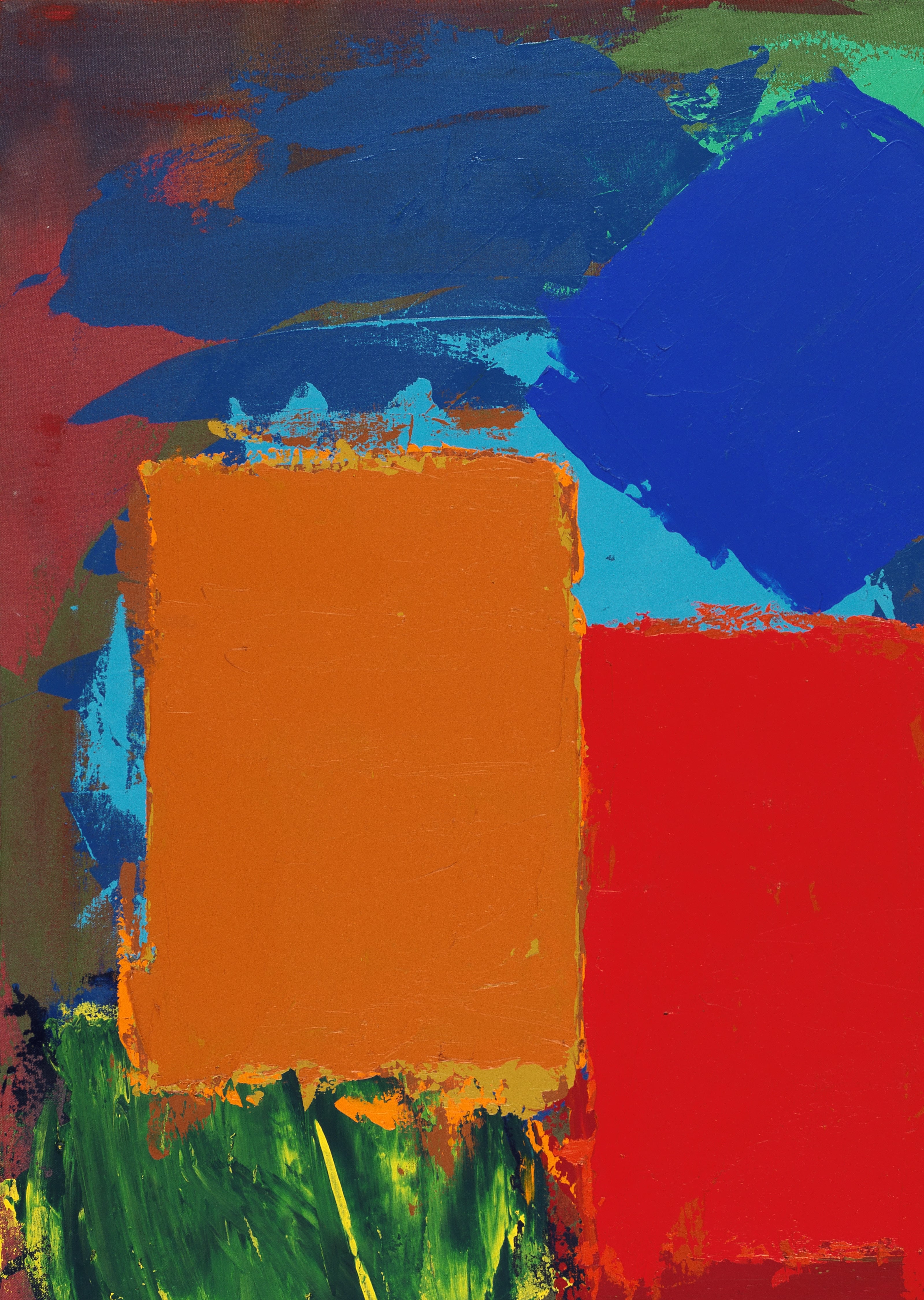 Painted a year before his father's death, Hockney's intimate double portrait of his parents is a sensitive character study. His mother looks attentively at the viewer, while Hockney's father is hunched over a copy of Aaron Scharf's book Art and Photography, his feet barely touching the lilac rug. The painting is peppered with subtle allusions: a book on Chardin sat on the bottom shelf of the wheeled cabinet hints at the French master's domestic scenes, while Piero della Francesca's Baptism of Christ is seen reflected in the small mirror.

This square landscape shows Watendlath Farm in the Lake District, where Carrington spent a holiday with her husband and friends after her wedding in 1921. The stone and whitewash of the farm buildings are framed by Cumbrian hills' exaggerated peaks, dwarfing the two female figures in the foreground – depictions of women at contemplative moments were a recurring theme in Carrington's work.

When Laura Knight was commissioned to paint Ruby Loftus, recommended to her by the War Artist's Advisory Committe as 'an outstanding factory worker', she was expecting to create a studio portrait. Instead, Knight was asked to paint Loftus at the factory where she worked, introducing a new element to Knight's work in the form of industrial machinery. The painting shows Loftus creating a Bofors Breech ring, one of the most skilled jobs in the factory. Knight's painting was praised for its technical accuracy.

The Annunciation of the Virgin Deal is one of the six tapestries created by Grayson Perry for the Channel 4 series All in the Best Possible Taste. Together, the tapestries tell the story of class through the life of Tim Rakewell. This tapestry alludes to Duccio's Annunciation, in the National Gallery collection, while the series was inspired by A Rake's Progress, Hogarth's series of eight paintings telling the story of Tom Rakewell, a young man who inherits a fortune.

The Dublin-born artist Stanhope Forbes was one of the founders of the Newlyn school of painters, an influential group of artists that counted Laura Knight and Thomas Cooper Gotch among its numbers. One of Forbes's best-known works, A Fish Sale on a Cornish Beach was exhibited at the Royal Academy summer exhibition in 1885. The painting was met with widespread critical acclaim, helping to establish Forbes's reputation and put the Newlyn school on the map.

One of Britain's leading post-war painters, Michael Andrews was a close associate of Francis Bacon, Frank Auerbach and Lucian Freud – together, they were known as the School of London. Andrews often took a photograph as the starting point for his paintings, working in his own memories to create the final piece. Melanie and Me Swimming shows Andrews swimming with his daughter, and was developed from an Andrews family snapshot.

In 1864, 17-year-old Ellen Terry was confronted with the most difficult decision of her life: did she continue pursuing a career in acting or give up the stage to marry a man almost three times her age? Terry chose the latter, taking George Frederic Watts as her husband and mentor. Watts's sensuous portrait 'Choosing' captures the difficulty of the decision, showing Terry choosing between sweet-smelling violets and the visual beauty of camellias.

Symmetry is usually avoided in the visual arts, but Augustus Egg's painting of two identically dressed women sat as mirror images of each other in a railway carriage shows that the best art sometimes breaks the rules. Dressed in ballooning full-length travelling clothes, the two figures face each other, one reading, one sleeping. In the background, the coast of southern France in the summer can be seen, and only a gently swinging tassel hanging from the window blind hints at the movement of the train.

Caulfield admitted that he created the piece as 'an excuse to use a lot of colour', but it would be doing the painting a disservice to reduce it to a colourful experiment. Sprawling across a two-metre tall canvas, the painting exaggerates the viewer's perspective of the pieces shown, creating a dizzying effect: the pieces near the bottom of the canvas are painted as though the viewer is looking directly down on them, while those at the top seem to tower above, giving it the appearance of a photograph taken through a wide-angle lens.

One of Britain's leading abstract painters, John Hoyland was born and educated in Sheffield before moving to London at 22 to study at the Royal Academy. Hoyland's art was controversial at the Academy – president Sir Charles Wheeler ordered all of Hoyland's paintings to be removed from the gallery's walls. Today, Hoyland's explosive use of colour has made him one of the 20th-century's most loved British artists – he was awarded the John Moores Painting Prize in 1982, and was appointed Professor of the Royal Academy Schools in 1999.

Check out the full list of the 25 artworks that will appear around the UK as part of Art Everywhere.