An insider's guide to Brighton

Summer is the perfect time to head to this lively seaside city for a cultural adventure. Local travel writer Jools Stone shares his favourite places to visit with a National Art Pass. 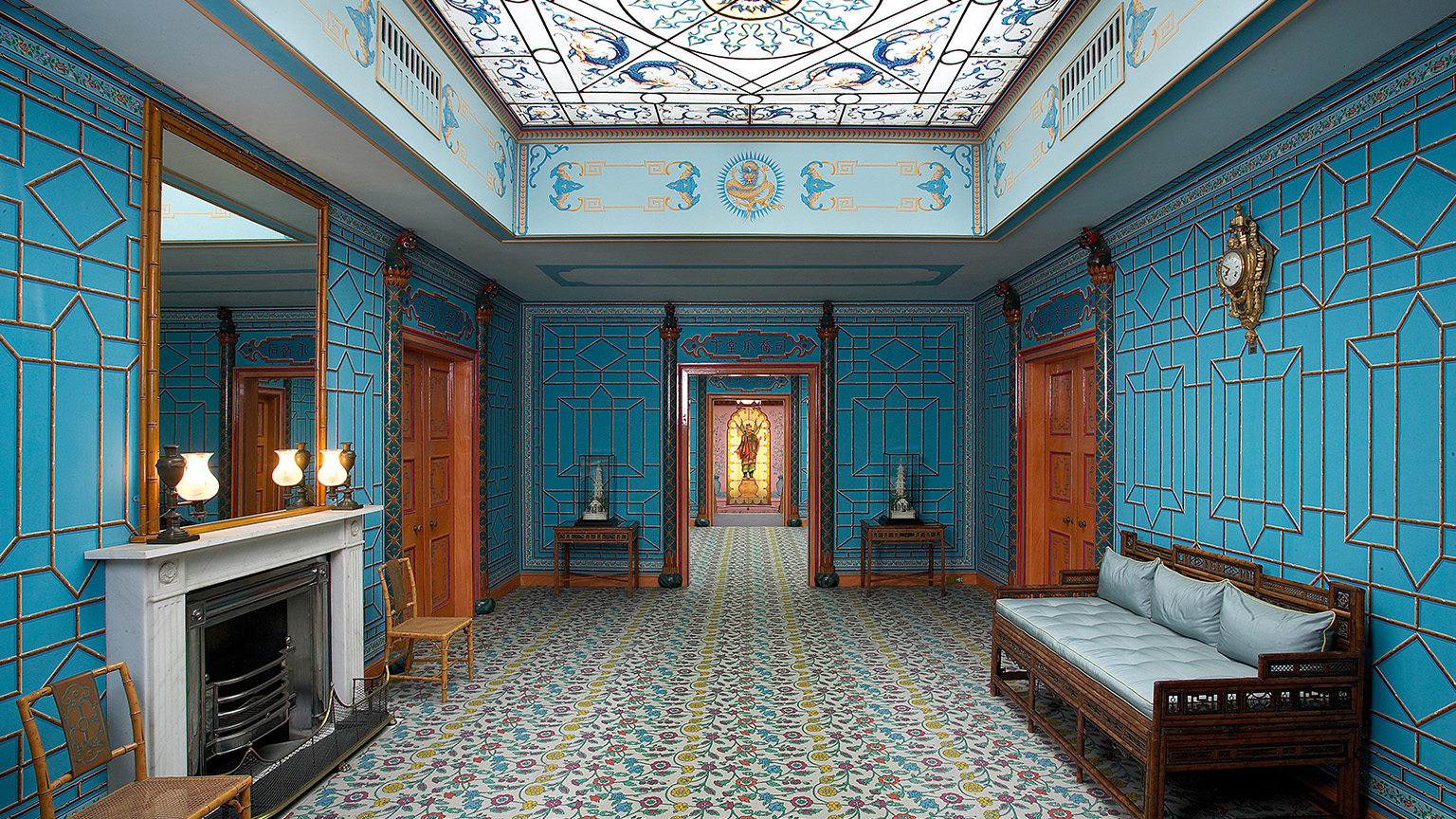 Brighton and East Sussex are home to a thriving arts scene and a wealth of fascinating museums. The question is where to begin? Well that’s easier than you might think. Armed with a National Art Pass, I set about ticking off a range of inspiring art venues throughout the area. 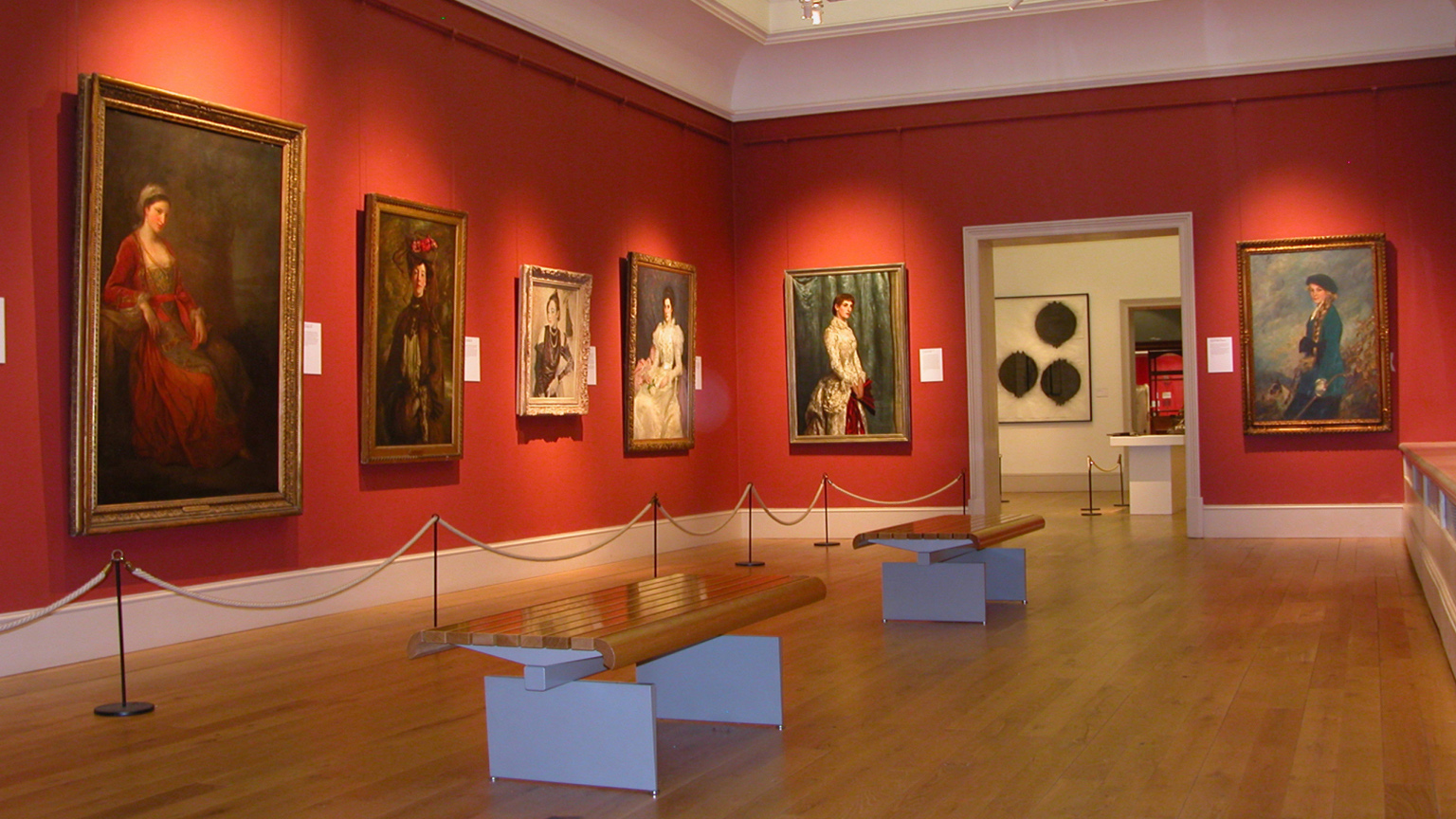 Much like Brighton itself, the city’s museum feels contemporary, lively, and open in outlook, and it was first on my list. In the Wrold Stories, Young Voices display, table football sits alongside Tatanua masks from New Ireland and Iranian tile designs. The Performance Gallery celebrates Punch and Judy and outlandish carnival costumes, and the saltier side of the city gets an airing too.

It's easy to follow the flow of the collections – I loved how Grayson Perry’s confessional pot leads into the Willetts Popular Pottery, an eccentric display of historic crockery. The permanent collection includes work by artists such as Turner and Constable, alongside paintings by Vanessa Bell, Paul Nash and one of my favourites – Frank Stella’s woozily geometric 'Red Scramble'.

The Fashion Gallery reflects on notions of identity, exploring a rich array of recent subcultures from goths and teddy boys to football casuals and ravers. One of the galleries I found most interesting is a recent addition, the Museum of Transology. This searingly candid collection includes items from the curator’s own gender reassignment surgery, personal effects grouped under the heading, ‘What Mother Nature didn’t give me’, and a suit jacket fashioned from packets of testosterone medication. 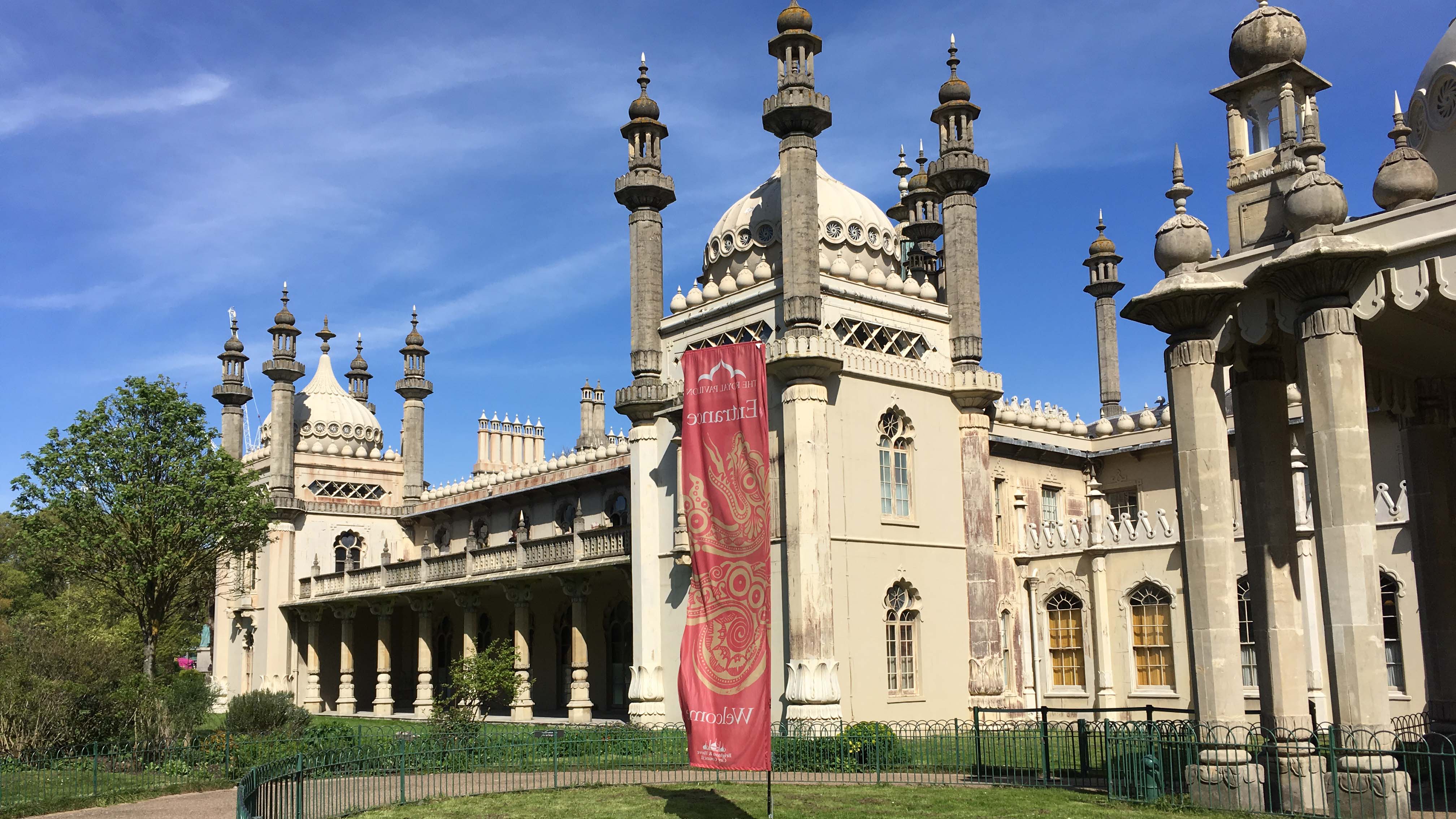 Next, I crossed the beautiful Royal Pavilion Gardens to Brighton’s other major arts attraction directly opposite the museum. The Royal Pavilion is perhaps Brighton’s defining architectural icon. A monument to the exuberant tastes of the larger-than-life monarch George IV, it's an historic house with a lot of personality.

The Pavilion was built as the Prince Regent’s summerhouse by John Nash over a period of 40 years from 1787 to 1817. An extravagant Indian-style palace from the outside, it is decorated with lavish Chinese interiors. A National Art Pass gets you free access on a self-guided tour of the building. I added an optional handheld audio tour for £2, including interesting snippets from curator David Beevers, and learned how the Pavilion pioneered interior design as we know it today.

The Banqueting Room showcases George’s epicurean passions, where 100-dish menus were presided over by French chef Marie Antoine Careme, often thought of as the first celebrity chef. The décor is so overblown it's easy to overlook little details such as the Masonic references in the panels above the fireplace.

Moving into the bed chambers, look out for the hidden ‘jib doors’ in the King's Apartment, one of which led to his mistress’ chamber, another to his giant bath. There’s also a secret tunnel linking to the nearby Brighton Dome (then George’s riding stable) where he went to escape the public eye. Special tours of the tunnel run on select days.

Whether or not you find George’s extravagance tasteful, it’s hard to leave the Pavilion without feeling both a little bit sorry for his hubris and in slightly awe of his arrogance. 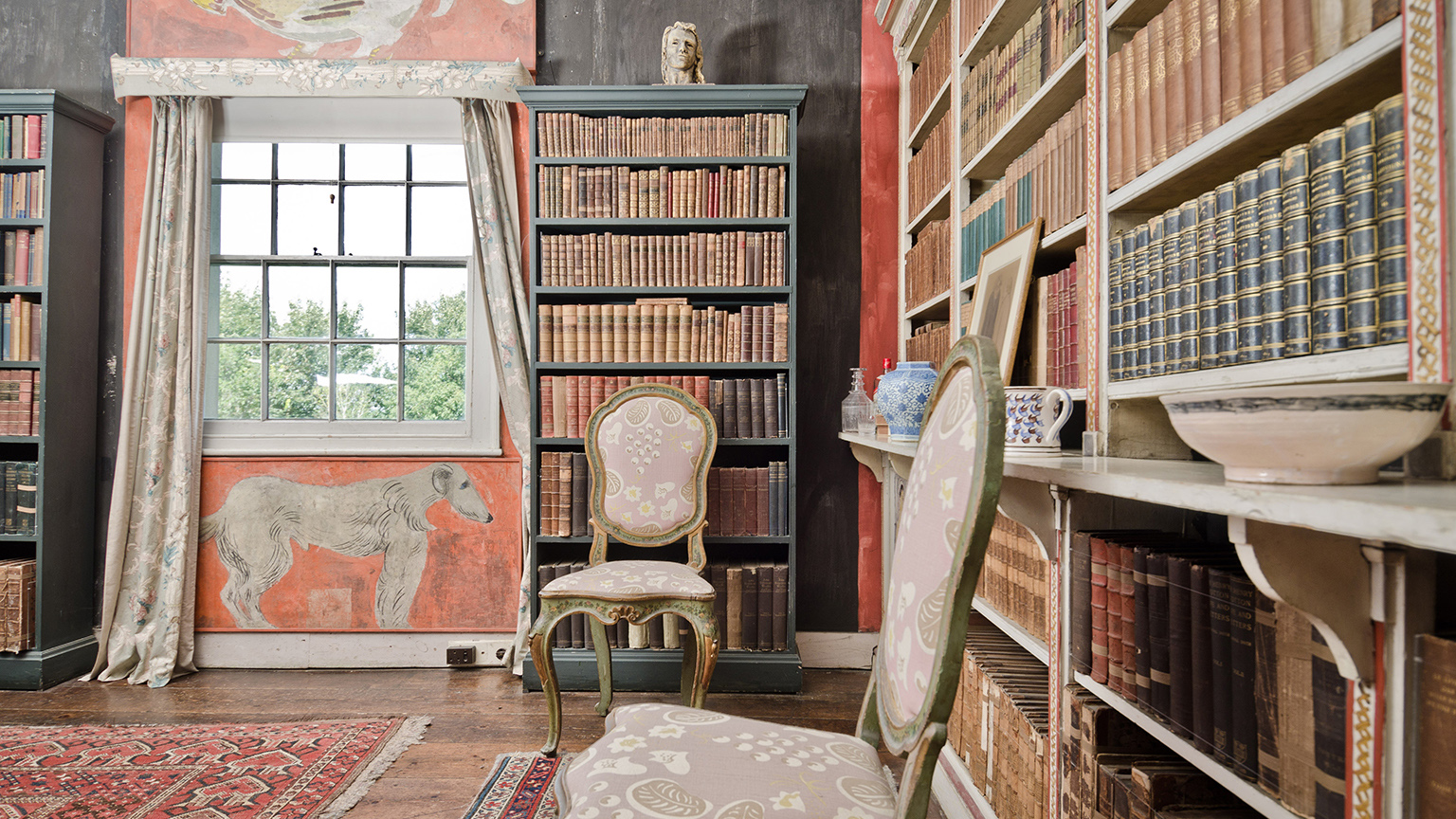 By contrast, Charleston, where I headed next, is a summerhouse from a very different era, though equally distinctive and design-led. A few miles outside Brighton and hidden away in the Sussex countryside, it was the residence of Bloomsbury Group artists Duncan Grant and Vanessa Bell. They rented the house as a refuge from the First World War, and it soon became a creative hub for many of Britain’s leading thinkers, writers and artists of the early 20th century, including Virginia Woolf, EM Forster and Lytton Strachey. A National Art Pass gives you free admission on Sundays and half price entry for a 90-minute guided tour.

The rural setting is a peaceful haven. When I visited, an artist was sitting at his easel beside the large lily pond, framed by an arresting sculpture of the Levitating Lady. Waiting for the house tour to start, I strolled around the walled garden dotted with neoclassical sculptures and mosaics fashioned from broken crockery.

Inside the 16th-century farmhouse, not only are the walls covered with paintings, practically every surface has been turned into a canvas, decorated in muted pastels. In each room are pieces shaped by the hands of the artists who occupied them. John Maynard Keynes’ room contains a striking camouflage-pattern desk where the economist – and Art Fund founder – looked out at the lily pond while he wrote.

There are dashes of fun everywhere – wonky doors adorned with acrobats, fireplaces decorated with ‘circle and crosshatch’ pattern, and cupboard doors brought to life with Russian ballet dancers. Much of it has a rickety, playful charm, like the beaded lampshades and Clive Bell’s cockerel and dog panels. The house feels ‘lived in’ and there’s a sense that they treated this rented space as their artistic playground. In the dining room, you can see where the paint has dripped from the hand-stencilled walls.

The tour saves the house’s most impressive room for last, winding up at the huge, luminous studio, which remains much as the last surviving occupant, Duncan Grant, left it when he died in 1978. 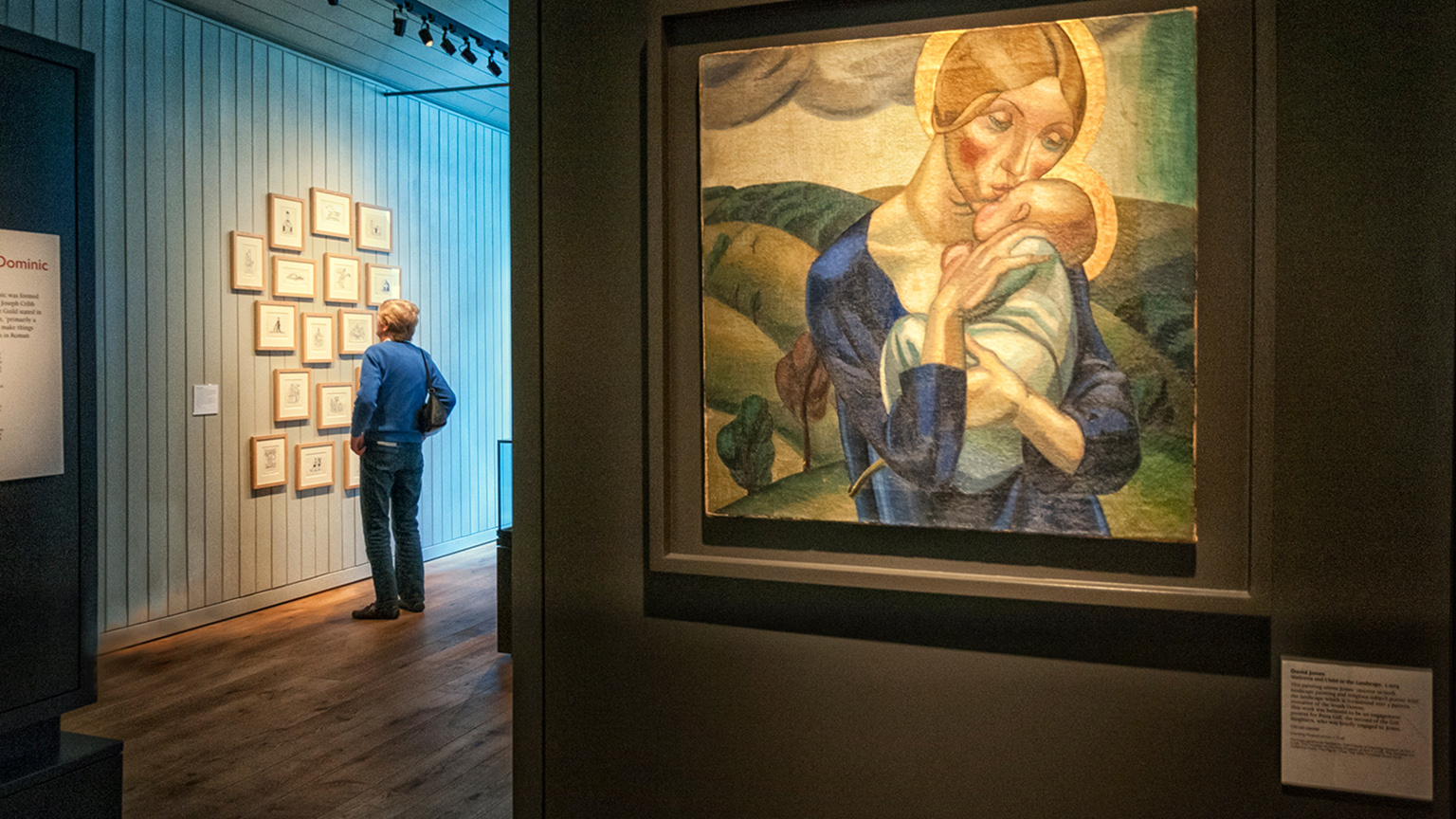 Heading north of Brighton, I visited Ditchling – an archetypal sleepy, English village, nestled in the South Downs with pubs, tea rooms, a flint church and Tudor cottages. It owes its place on the map largely to its artistic community, a fact celebrated by the recently revamped museum.

Housed in a pair of converted barns, the museum pays tribute to the central role Ditchling played in the Arts and Craft Movement. I always enjoy being engaged immediately by a museum and here, I was invited to sit in the ‘Sign Machine’, a whimsical swing-seat installation by Morag Myerscough and Luke Morgan, to take in a gamut of kitschy pop culture placards and objects.

Permanent exhibits centre around the output of the St Dominic Press, set up by Eric Gil and Hilary Pelper in the early 20th century, which did much to revive wood engraving. The working printing press is on display with typecases and other tools of the printing trade. Alongside these are locally made textiles and silversmithery from the village’s art community which continues to thrive today. You can enjoy some of the community’s wares in the biannual Artists' Open Houses trail.

Whether you’re visiting from out of town or a lifelong local, the National Art Pass opens the door to Brighton and East Sussex’s fascinating history and exciting arts scene, and of course the benefits don’t stop there. The pass offers free or reduced-price entry to over 240 museums and galleries across the UK, plus 50% off major exhibitions and discounts in hundreds of museum cafés and shops.