This spring, Kettle’s Yard reopened its doors after a major renovation. We look back on our recent Art Partners’ visit of the new galleries with director Andrew Nairne and pick five highlights that capture the spirit of this unique institution at a key moment in its history.

‘Why is it that people love Kettle’s Yard?’ asks Andrew Nairne, the museum’s director, standing among the treasures of the newly reopened house and galleries. It’s a question the 30,000 people who visited in the first five weeks alone could answer in as many different ways.

Originally four slum cottages, the house was converted by Jim Ede and his wife, Helen, in 1957 and carefully filled with the eclectic mix of objects and modern art works Jim had been collecting since the 1920s. Formerly a curator at Tate, Jim became friends with leading contemporary artists whose works would eventually adorn his home. He kept open house every afternoon, guiding students around the collection himself, and in 1966, in an extraordinarily generous gesture, gifted everything to Cambridge University.

After an extension and the creation of a new exhibition space in 1970, the next major refurbishment began in 2015. Thanks to architect Jamie Fobert, the house and galleries are now beautifully interconnected, complementing Jim’s talent for room design and the harmonious interplay between objects and space.

This is partly how Nairne answers his own question: why do people love it so much? ‘It’s not just about the artworks… I think these arrangements, these fragments, could be read as a sort of shell; it’s about bringing things together into coherence.’

Earlier this month, Art Fund's Art Partners - a group of Art Fund patrons who join us regularly for unique opportunities to get closer to the art they support - joined Art Fund to visit this remarkable place, which Art Fund has supported through touring exhibitions such as fig-futures and ARTIST ROOMS. Following our visit, we take a closer look at three of Jim Ede’s arrangements and consider how the themes that preoccupied him recur in two contemporary works in a new exhibition, Actions. The image of the world can be different, that runs until 6 May 2018. 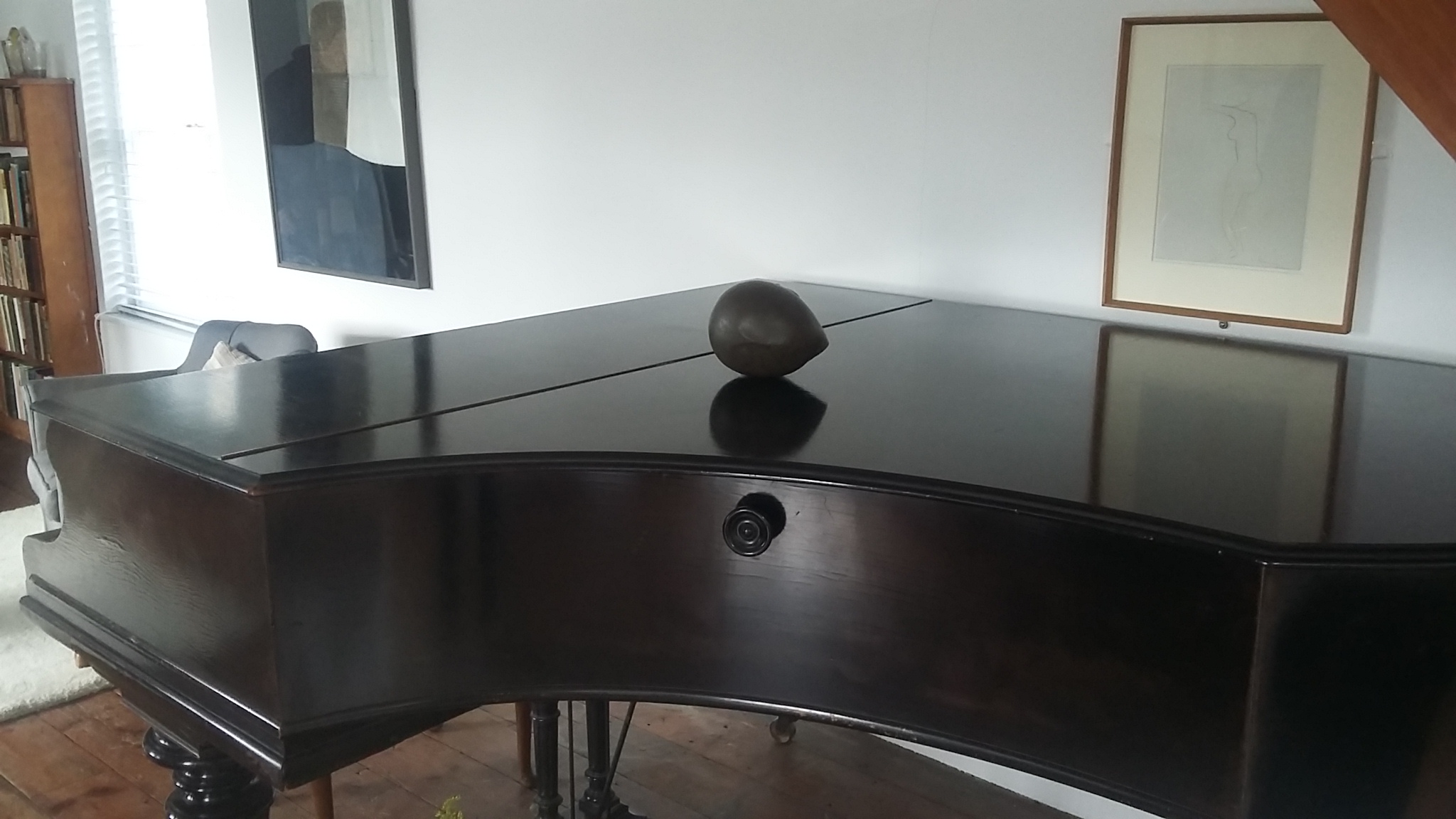 Jim rejected terms such as ‘gallery’ and ‘museum’, preferring to call Kettle’s Yard, ‘a space, an ambience, and a home.’ Indeed, not many galleries allow you to sit on the exhibits; here, a chair is still a chair, even if it’s also an exquisite piece of craftsmanship. This is also why you’ll find a priceless Brancusi sculpture perched on top of a piano. It’s there because Jim liked the reflection in the piano lid. The tension created with the sense of both weight and lightness is just one example of the contrasting visual effects found throughout the house. 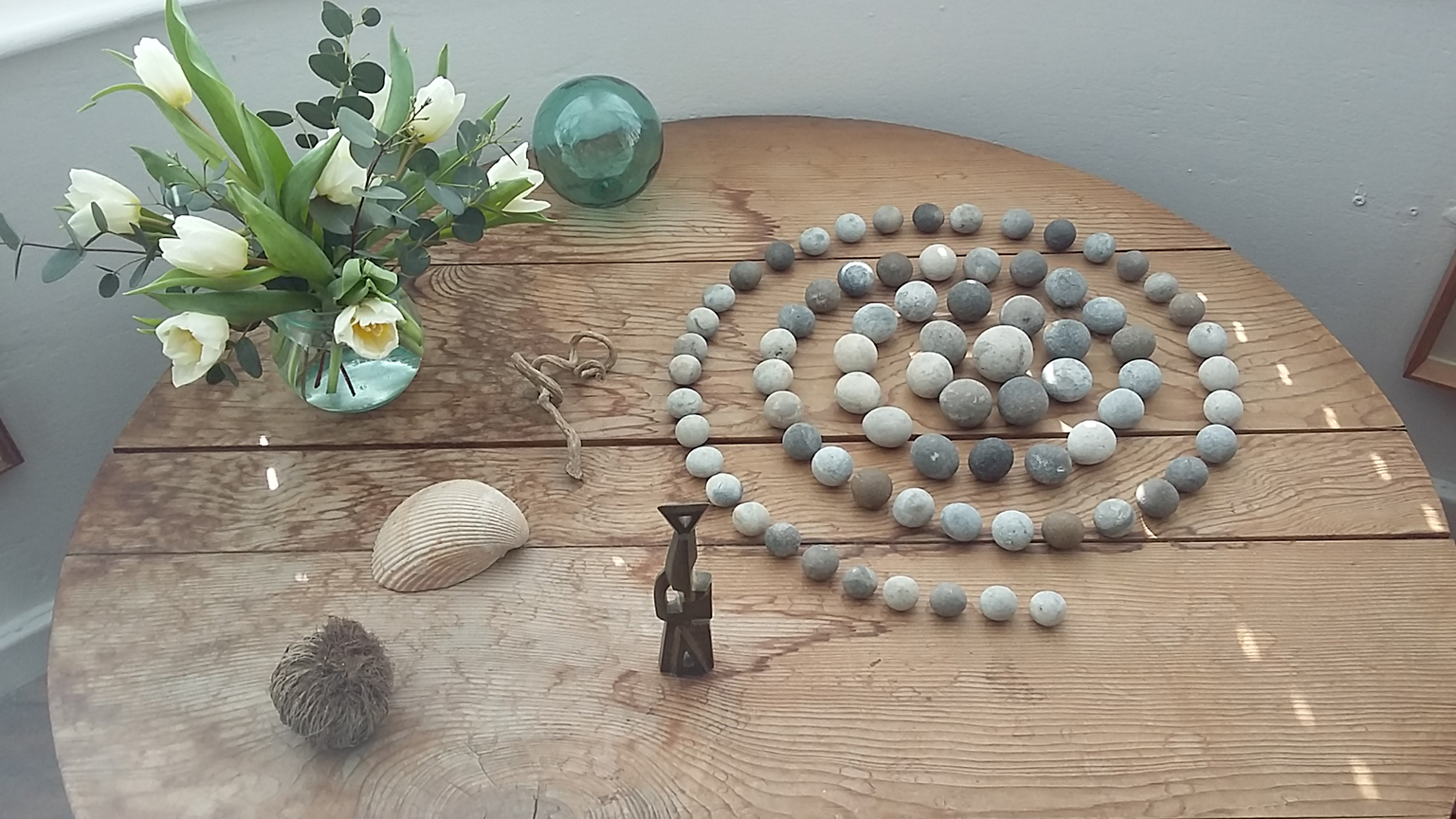 The placement of stones or a chipped pot was as important to Jim as the position of a masterpiece. He was an early recycler and upcycler, famous for decorating his home with the rejected items he found dumped behind colleges. Andrew Nairne emphasises the influence of the First World War on Jim’s need to create ‘a sanctuary, a place of renewal’ and his near disregard for the financial value of his finds. After the horror of the trenches, ‘these beautifully arranged fragments… are about trying to hold the world in an era of world wars’. His generation suffered unimaginable damage, and the house resonates with the desire to keep and cherish the cracked and overlooked. ‘Many people feel moved by Kettle’s Yard exactly because Jim suggests that there’s something very beautiful about something that’s broken.’ 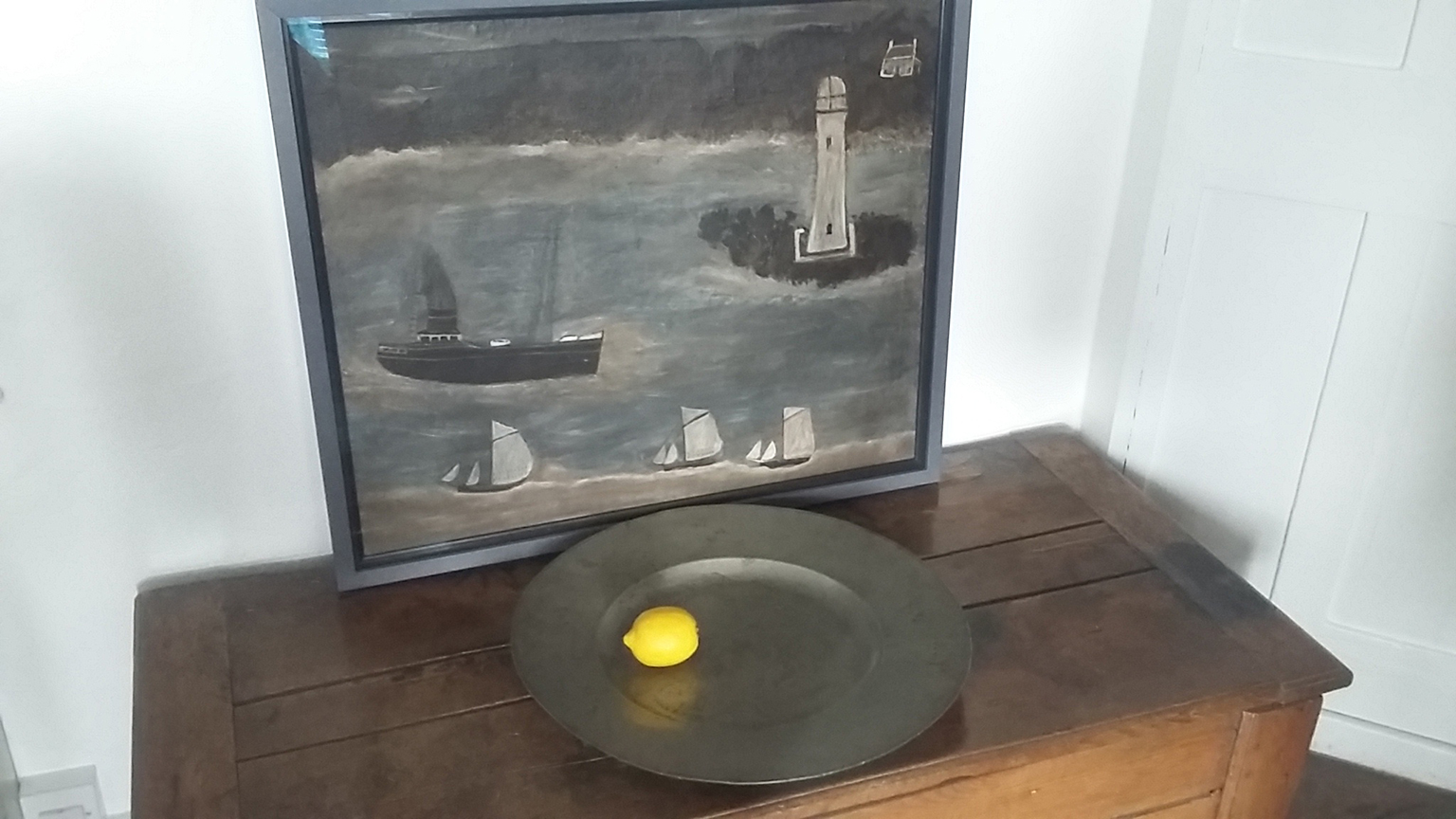 If a Brancusi and a pebble are made to pull equal weight aesthetically, you can’t overlook the importance of Kettle’s Yard’s famous lemon. Positioned at nine o’clock on a pewter dish, the fruit, replaced weekly, brightens the work above it and mirrors the yellow dot in Joan Miró’s painting, Tic Tic, on the wall to the right. Both yellow flashes call out to the daffodils in Christopher Wood’s picture, Flowers, low down on the other side of the room, which is again picked up by fresh spring flowers on the table. Jim made his collections talk to each other and, walking through the rooms, you can’t help but be caught in the crossfire of a hundred conversations. ‘Jim and Helen’s talent was social, really,’ Nairne points out, ‘bringing people together in an artistic environment.’ In a sense, the party at Kettle’s Yard has never ended.

Actions. The image of the world can be different

Kettle’s Yard’s remarkable opening exhibition Actions. The image of the world can be different brings together works by 38 international artists to reassert the potential of art as a poetic, social and political force in the world. In doing so, the show echoes many of the themes running through the house, such as connections, friendship, and our response to conflict. The title comes from a published letter by Jim’s friend, Naum Gabo, found in the library, in which he asks himself how he can justify making art while millions die in world wars. Andrew Nairne, who curated the exhibition, explains, ‘The whole show is about why art matters, why it might have value, what it can do.’ 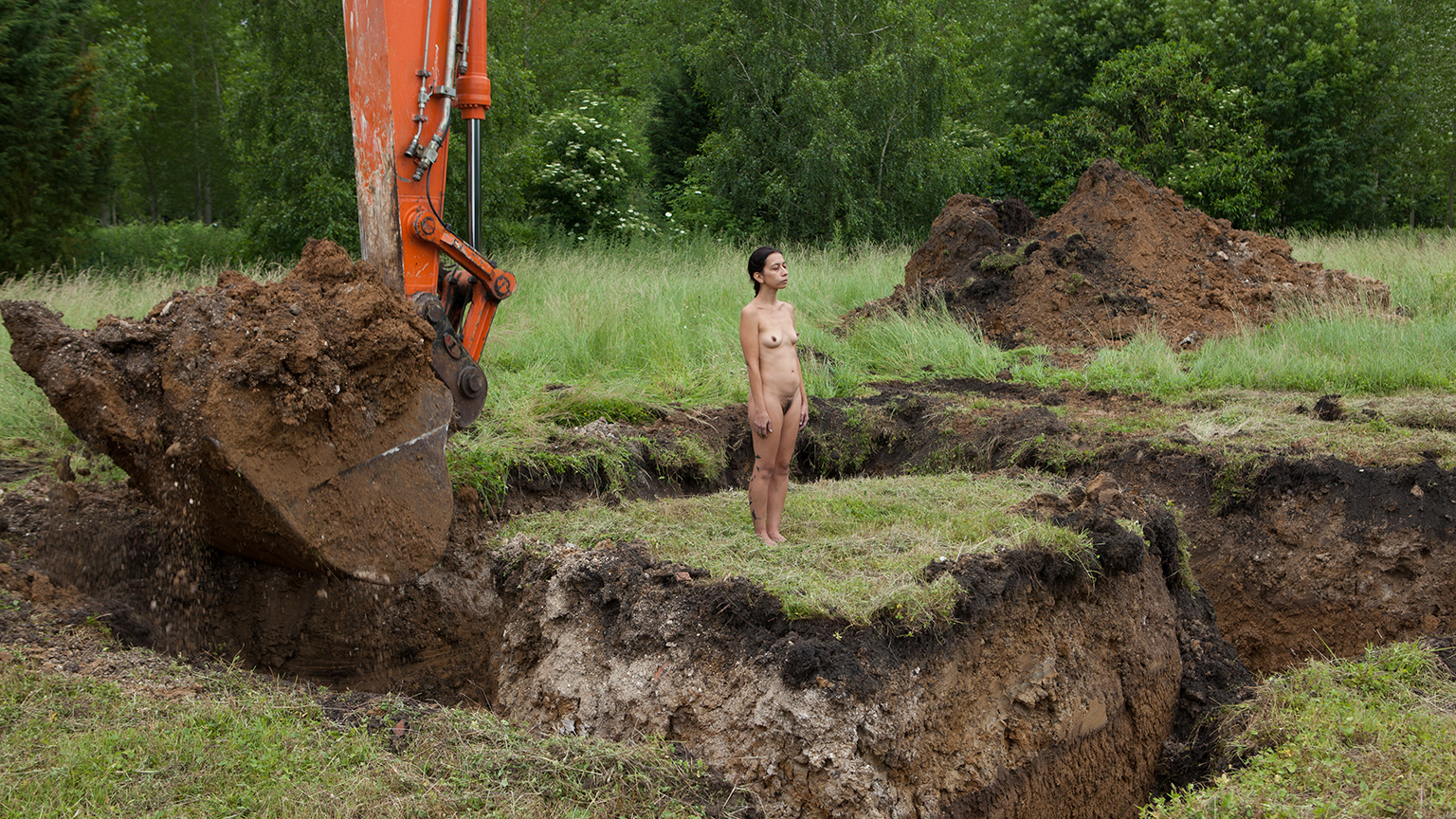 When performance artist Regina José Galindo was asked about living in Guatemala, she simply said, ‘I am not safe.’ This video was made in response to the murder of innocent citizens by a former president and their burial in a mass grave. Galindo’s own body is exposed as a display of vulnerability. The piece is also an instance of the ‘sparky, lively juxtapositions’ Nairne wanted to create within the exhibition. ‘We think we’re probably the first curators to put Vicken Parsons’ little poetic paintings next to a Guatemalan performance artist’. In the spirit of the show and Naum Gabo’s words, both types of art work constitute an action. 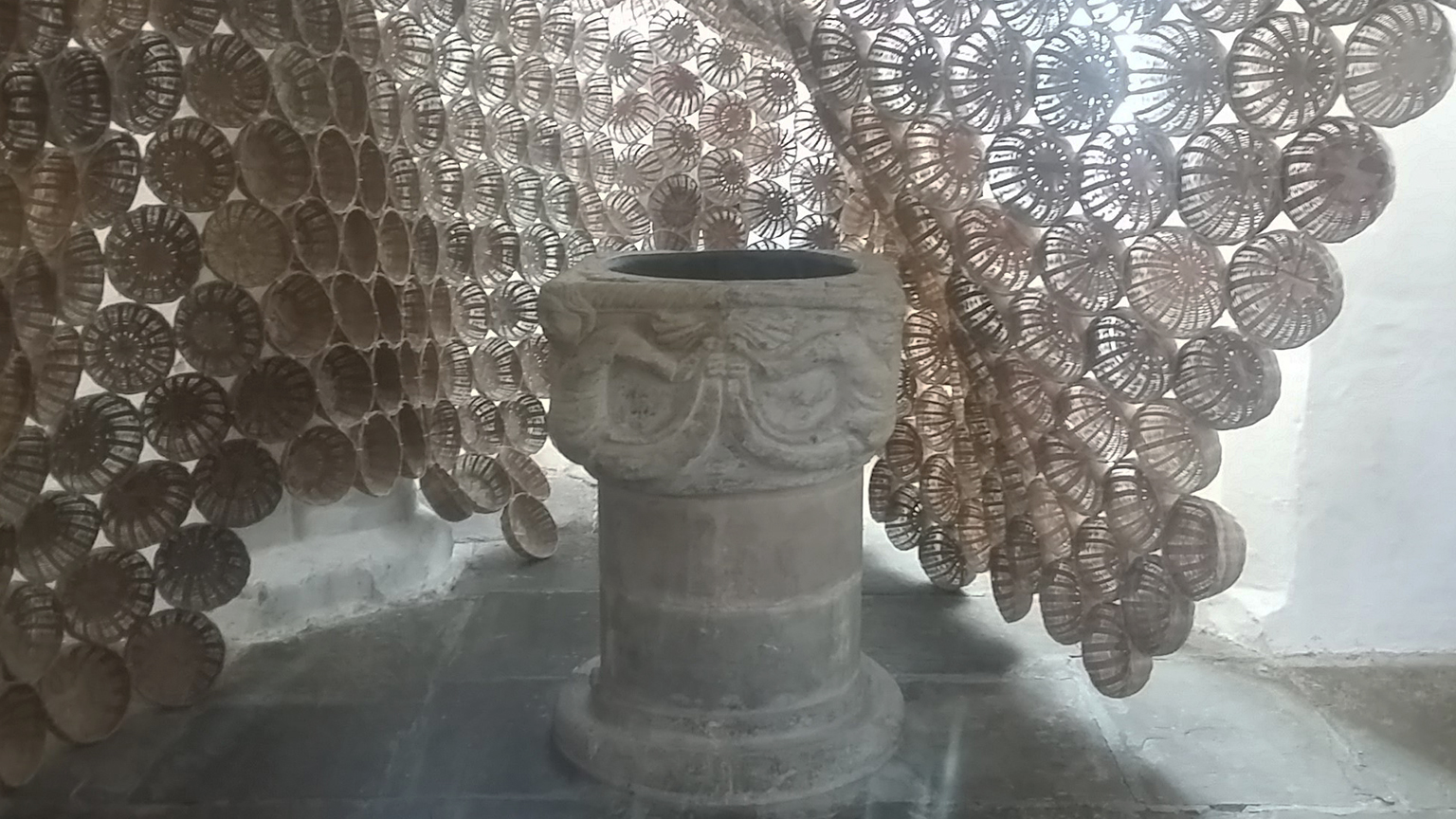 Just across from the gallery is St Peter’s Church, where over a thousand bamboo baskets, hand woven in Bangladesh, form a wave-like structure under its roof. Inspired by Begum’s childhood and peaceful times in her local mosque, the work is a harmonious and beautiful meeting of different architectures and cultures. Absorbing the church into the exhibition is perfectly in keeping with Jim’s absolute precision in placing art, and his willingness to push the boundaries of what and where art can be. With the latest extensive renovations, Kettle’s Yard remains ‘a living place’ where art works can be enjoyed as Jim Ede intended. The second part of Actions: The image of the world can be different begins on 11 May, and Art Fund is excited to be supporting the museum’s September exhibitions as part of fig-futures, a rapid-fire series of 16 shows across four museum partners over 16 weeks.

Alongside work at Kettle's Yard, Art Fund has supported several other major venues in Cambridge with our donors and members' help, including the Fitzwilliam Museum and the Museum of Archaeology and Anthropology. If you're planning on making a cultural trip to the city, we've put together a handy highlights guide of some must-see works. And if you’d like to find out more about joining us for opportunities such as this, click here.