John Macdonald Aiken's extravagant Portrait of the Artist and his Wife will feature in Aberdeen Art Gallery's new exhibition The Lady and the Vamp, after being bought by the gallery with help from the Art Fund. 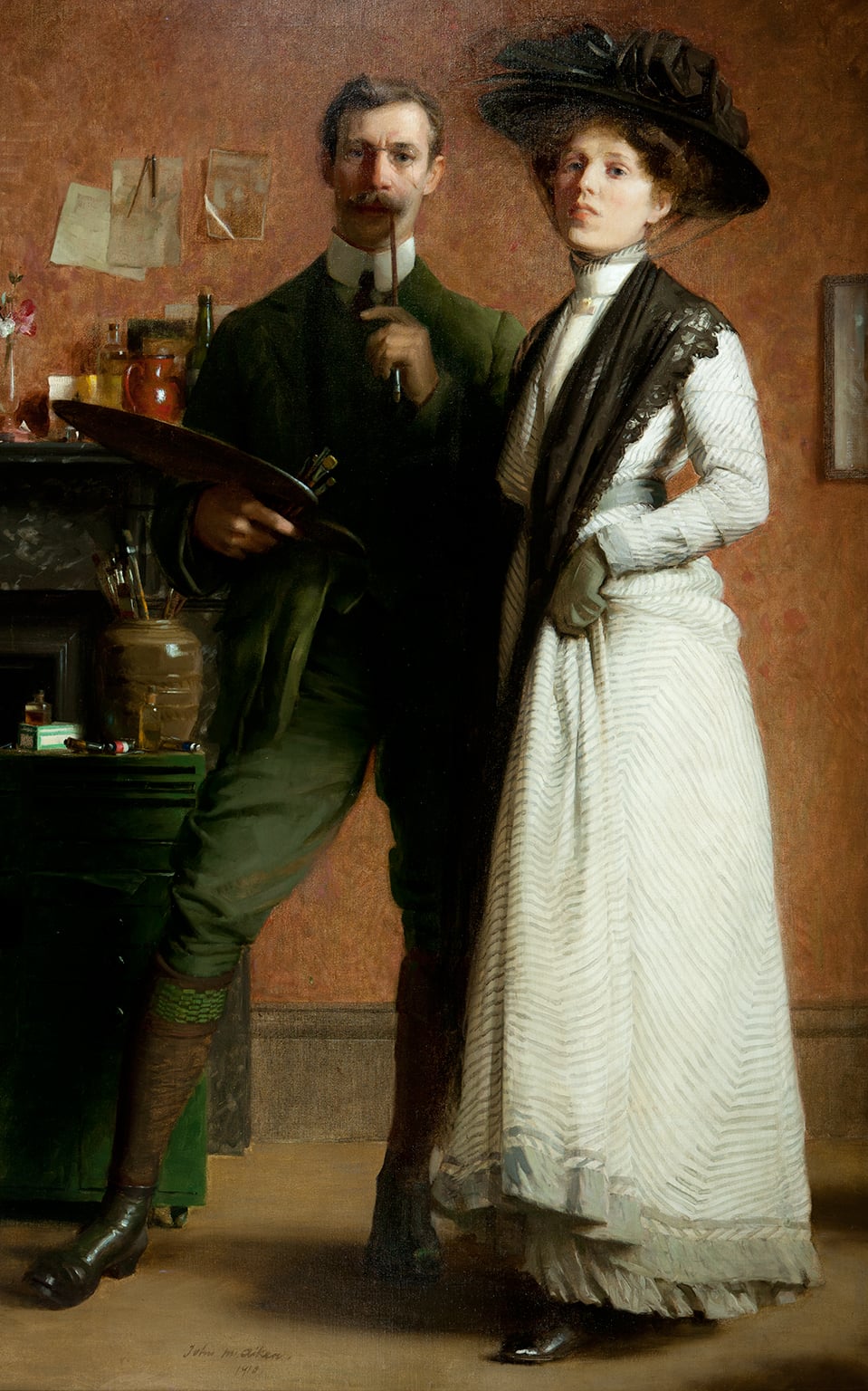 John Macdonald Aiken, Portrait of the Artist and his Wife, 1910, Aberdeen Art Gallery

Born in Aberdeen in 1880, John Macdonald Aiken served a six-year apprenticeship as a draughtsman in Aberdeen, London and Florence before becoming head of Gray's School of Art in 1911. Following his return from the First World War, Aiken devoted himself full-time to painting and was awarded the silver medal at the esteemed Paris Salon in 1923 for his portrait of Harry Townend, then the director of Aberdeen Art Gallery.

The 1910 Portrait of the Artist and his Wife may be considered Aiken's masterwork – a flamboyant portrait brimming with confidence and character. Stylistically, the painting has echoes of the 'swagger portrait' – an ostentatious mode of portraiture commissioned by prominent individuals to project the sitter's desired public image, originating with Peter Paul Rubens and Anthony van Dyck in the early 17th century and popularised at the end of the 19th century by John Singer Sargent.

In this full-length portrait, Aiken presents himself assertively, bordering on arrogance: his eyes lock the viewer's gaze, trousers tucked rakishly into his socks, while his wife at his side lifts her coat to reveal a hint of ankle. Yet the portrait is not entirely bravado and posturing: Aiken's rendering of his wife's striped dress and lace shawl is meticulous, and the facial expressions incredibly sensitive.

Aberdeen Art Gallery has purchased the portrait with assistance from the Art Fund, the National Fund for Acquisitions, Friends of Aberdeen Art Gallery and Museums, the Pilgrim Trust, and with income from the Webster Bequest. It will be on display from Saturday 31 May in The Lady and the Vamp, a new exhibition exploring female fashion in the early 20th century.

Art Fund Director Stephen Deuchar said: 'This is a wonderful work by a major Scottish portrait painter of the early 20th century, which we are delighted to support. The work is well suited to Aberdeen Art Gallery’s collection and will make a fine centrepiece within its permanent displays.'