Self-Portrait by F C B Cadell bought for Scotland

Cadell's seminal Self-Portrait has been acquired by the Scottish National Portrait Gallery with support from the Art Fund. 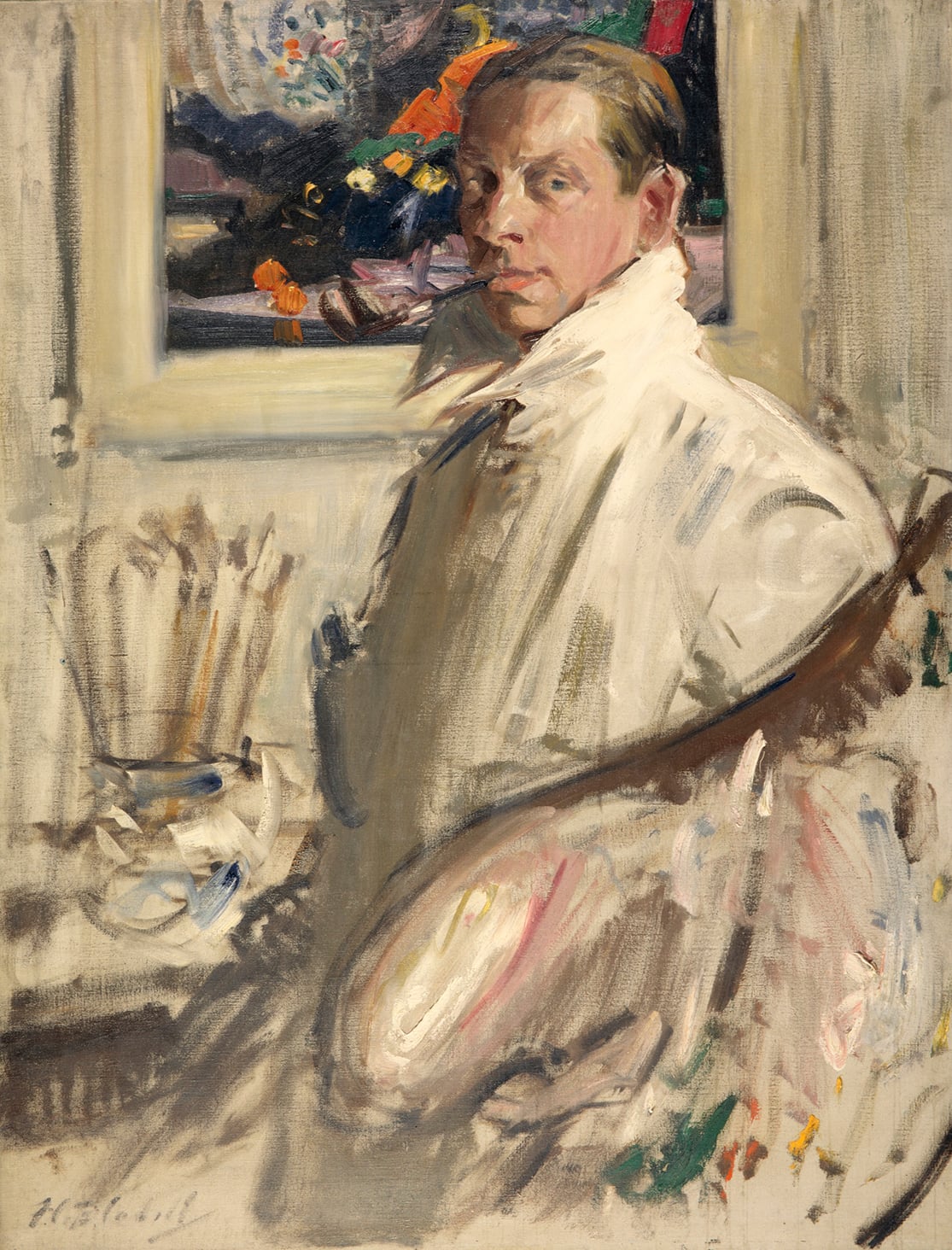 Francis Cadell was one of the principal Scottish Colourists who introduced the rich colours of Fauvism to Scottish art. Following his studies in Paris, he lived in Munich for several years before settling back in his native city, Edinburgh. In 1912, he founded the ‘Society of Eight’ with a group of artists who were equally interested in French Impressionism and Fauvism, including John Lavery and Samuel John Peploe.

This seminal self-portrait is an early personal manifesto. Following a trip to Venice, Cadell’s handling of paint became looser and his use of colour bolder. He developed a palette based on white, cream and black, with highlights of strong colour, which he applied with feathery, impressionist brushstrokes. In Self-Portrait, Cadell pays homage to Lavery, Sargent and, in particular, Manet — placing himself in the line of descent within the European painterly tradition.

Self-Portrait is the first work by Cadell to enter the Scottish National Portrait Gallery’s collection. Following its recent refurbishment, the gallery focuses on the way the portraits tell the story of the Scottish people, providing insights into the nation’s history and culture. Cadell’s work will make a significant contribution to this end. He was known for his charisma and geniality, revelling in the company of Edinburgh’s inhabitants — often making them the subject matter of his works. At the Scottish National Portrait Gallery, Cadell will be exhibited in the same collection as his fellow Colourists including Peploe and Fergusson.