The UK in Venice

We're supporting the British Pavilion at this year's Venice Biennale, as well as helping bring Venice back home with our support for shows in the UK by the three British artists on show in Italy.

Phyllida Barlow at the British Pavilion

This year, Phyllida Barlow has been selected to represent Great Britain with a major solo show at the British Pavilion from 13 May to 26 November 2017. 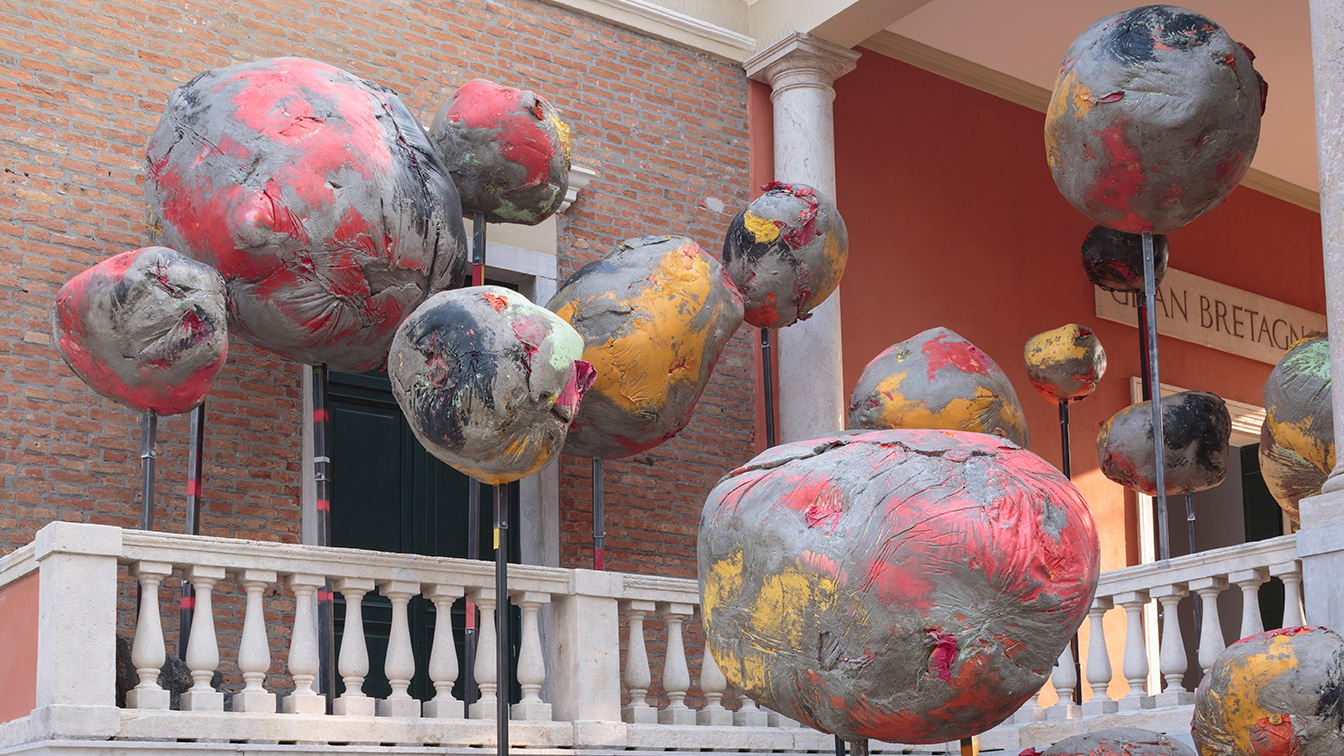 Best known for her colossal sculptural projects, Barlow has employed a distinctive vocabulary of inexpensive materials such as plywood, cardboard, plaster, cement, fabric and paint to create striking sculptures and bold, expansive installations for over four decades.

Her ambitious installation for the British Pavilion, folly, playfully challenges audiences to explore their own understanding of sculpture, inhabiting the entire space, reaching up to the roof and even spilling outside. In the central gallery, she encourages us to take on the role of explorer, picking our way around a sculptural labyrinth of densely packed towering columns.

We're supporting the production of an exhibition book, called simply 'folly', to accompany the show. The book features Barlow's diaries and sketches, an essay by commissioner Emma Dexter and exclusive installation images. It is now available to purchase online from Black Dog Publishing.

In addition, work by Barlow will be on show in the UK at the Turner Contemporary in Margate, from 27 May to 24 September 2017, as part of the Artist Rooms initiative.

Wales and Scotland in Venice

This year, Wales is being represented in Venice by James Richards, while Rachel Maclean will be exhibiting for Scotland. We're also supporting both these exhibitions to return to the UK, so that British audiences can see both shows.

'James Richards: Music for the gift' and 'Rachel Maclean: Spite Your Face' will be exhibited in Venice between 13 May and 26 November 2017, before being on show in Edinburgh and Cardiff in 2018 and 2019.

Stephen Deuchar, Art Fund director, said: 'The Venice Biennale is one of the most significant events in the art world calendar, but not everyone gets a chance to visit it for themselves. Art Fund always tries to facilitate the greatest possible access to art so we’re very pleased to be bringing both Rachel Maclean’s and James Richards’ Venice exhibitions to UK audiences in Cardiff and Edinburgh, where we hope they’ll be widely enjoyed.'

James Richards: Music for the gift

The exhibition will be open as follows:

Rachel Maclean is arguably one of the most significant contemporary artists working in Scotland today. Possessing a unique and often disturbing vision, the fantasy narratives that she creates combine traditional modes of theatre with technology and popular culture, raising critical questions about identity, economy, society and morality in a media saturated world.

The exhibition will be open as follows: