Launched in 2013, the Treasure Plus scheme aimed to deepen public engagement with items of treasure by providing small grants to museums for display and interpretation projects. 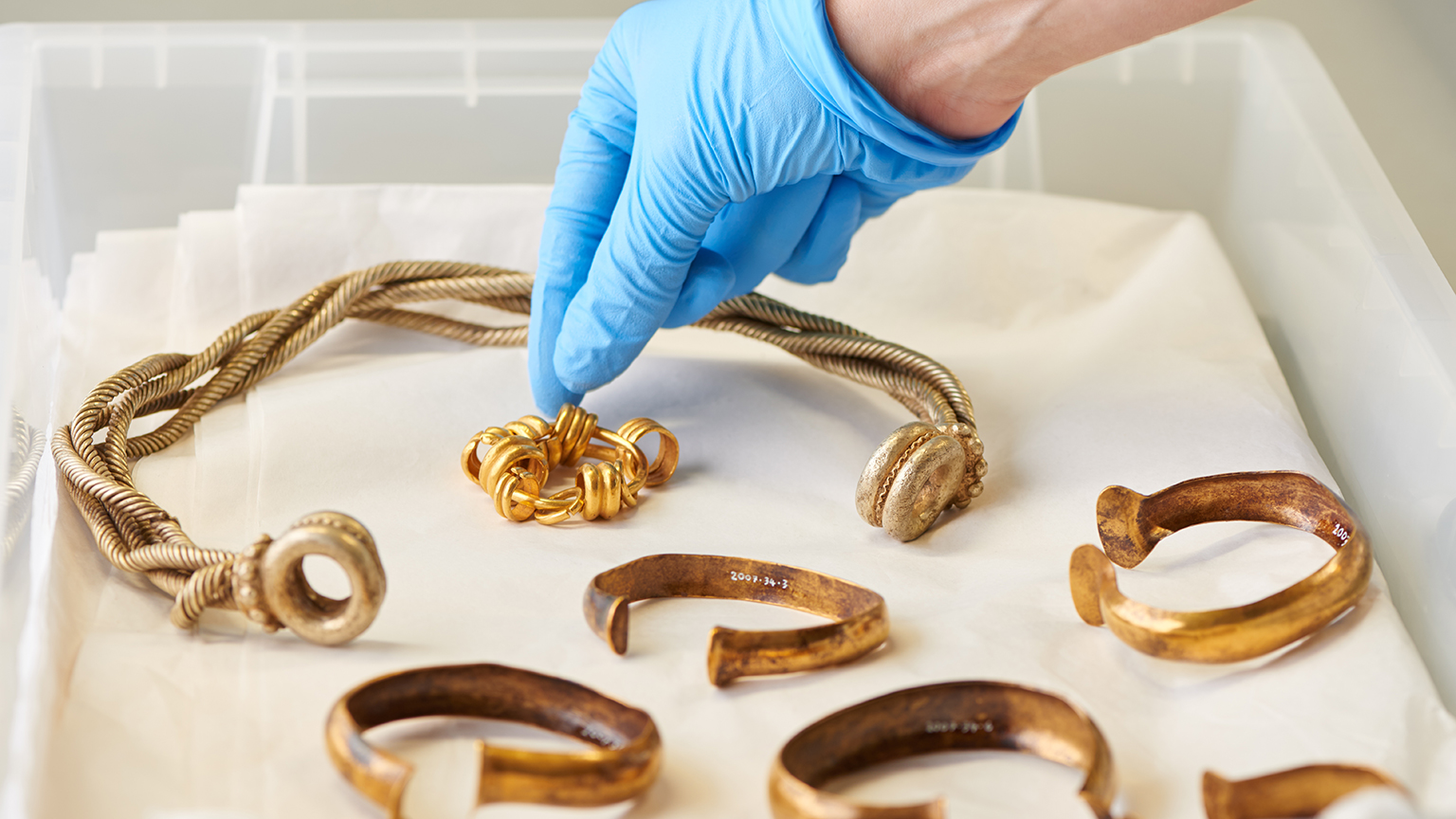 Following the passing of Treasure Act in 1996, Art Fund received a large number of applications for funding towards acquisitions of items of treasure. Importantly, we recognised that the work did not stop once the funds had been raised. Often, specialist skills and further resources were needed to display and interpret the works so that they could be best enjoyed by the public.

Fundraising can be challenging, particularly for high-value items, but as we found when we led the campaign to acquire the Staffordshire Hoard in 2010, treasure can engage and galvanise people, with £900,000 of the funds needed to acquire the hoard coming through public donations.

In recognition of the work required to adequately collect and display treasure, from 2013 to 2015, we ran the Treasure Plus programme, with support from The Headley Trust. Its aim was to test innovative ideas surrounding public engagement with treasure and archaeological artefacts more generally. We believed that small grants could be used to great effect in a variety of creative ways, from the purchase of new equipment to utulising digital technology. Over two years we awarded £200,000 to 36 projects across the UK.

To celebrate and learn from the funded projects, we also held a conference in October 2015 to enable curators working with archaeological collections to share best practice, find out about available funding and support, and network with colleagues.

Findings from project participants have informed a Treasure Plus Toolkit – a guide for museums which aims to help organisations plan and deliver their own projects to engage the public with archaeology and treasure.

The toolkit offers guidance and advice on everything from the presentation and interpretation of treasure to engaging new audiences and working with the media – all grounded in the experience of the 36 museums around the country who received Art Fund support to experiment with new displays and community projects, as well as knowledge shared at networking roadshows and the Treasure Plus conference.