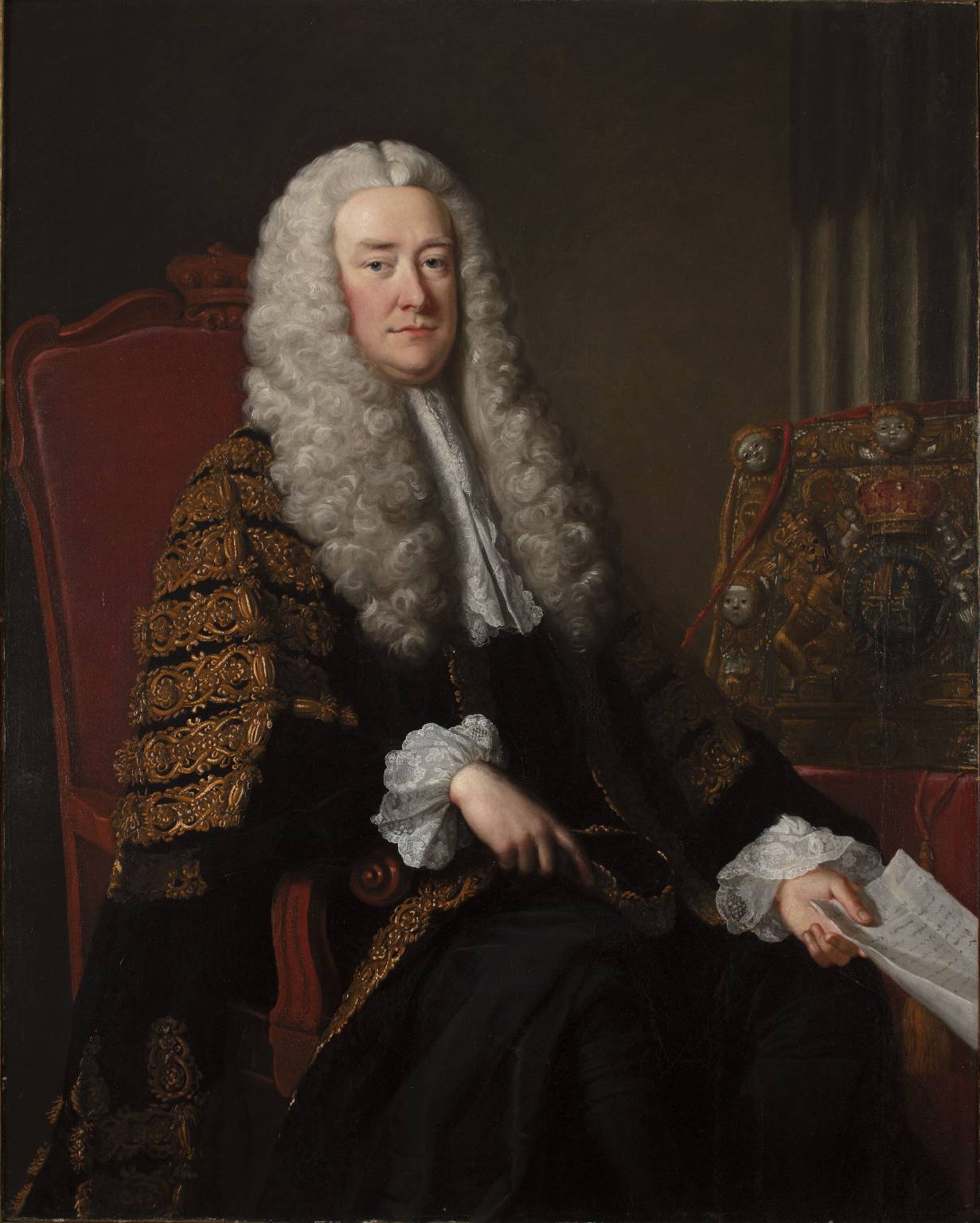 Society portrait painter Thomas Hudson is thought to have painted this likeness of the lawyer and politician Philip Yorke, 1st Earl of Hardwicke (1690-1764), for the sitter or his immediate family.

Hudson, who was born in Devon, trained under the portrait painter Jonathan Richardson.
By the 1740s he had become one of the most fashionable portrait artists in London.

Yorke was a prominent MP who became Lord High Chancellor in 1737, serving under several prime ministers. He was created 1st Earl of Hardwicke in 1754.

Yorke’s son, the 2nd Earl of Hardwicke, married Lady Jemima Campbell, whose ancestral seat was Wrest Park, in Bedfordshire, and the couple made the estate their home. Among the portraits in the house were several likenesses of the 1st Earl, including one in the library by William Hoare based on this composition by Hudson.

In 1919, Wrest Park was sold and its contents dispersed. In 2006 the estate was acquired by English Heritage, which is undertaking the long-term restoration of the house and attempting to repatriate objects from the collection. In the absence of Hoare’s portrait of Yorke, the whereabouts of which is currently unknown, this near-identical painting by Hudson will now hang in its place in the library.

The painting is currently with Skinner Auctioneers, and is consigned for sale on 2nd November 2019, lot number 184. It was previously part of the permanent collection at Hammond-Harwood House Museum, Annapolis. However the collections committee decided to