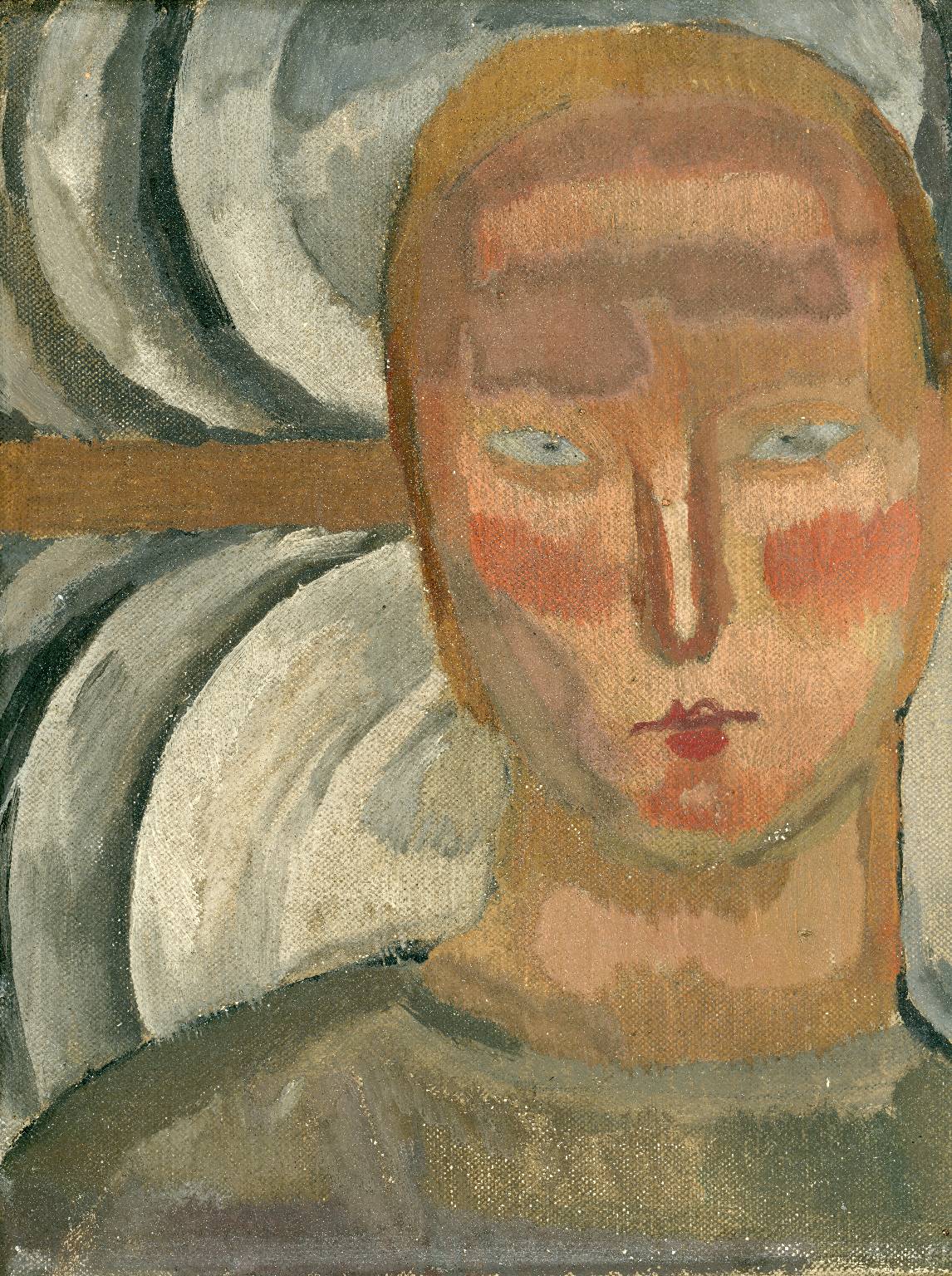 © The Charleston Trust / The Estate of Vanessa Bell, courtesy of Henrietta Garnett.

This small painting by Vanessa Bell illustrates the development of the artist’s work during her most formative period.

By 1916 Bell had assimilated the influence of Post- Impressionism through her friendship with Roger Fry, who promoted artists such as Paul Cézanne, Henri Matisse, and Pablo Picasso in Britain. She had been involved in the hanging of the second Post-Impressionist exhibition in London in 1912, which included four of her paintings.

In 1916, Bell moved to Charleston Farmhouse in Sussex with her lover Duncan Grant. The house became a war-time centre for the Bloomsbury Group, of which Bell and her sister Virginia Woolf were key members. Among the people who gathered around the group was Mary Hutchinson, the lover of Bell’s husband Clive. Hutchinson posed for Bell on a number of occasions and may be the subject of this painting.

In the background of the painting are rows of plates which have been identified as products designed and made for the Omega Workshops by Fry. Bell is known to have had this set at Charleston, and the painting may have been made there.

Charleston is now a museum dedicated to the life and work of Bell and the other members of the Bloomsbury Group who lived there. Among the collection is Mary Hutchinson’s own set of Omega Workshop plates, donated by her son in the 1990s. This important painting by Bell, which has been in a private collection since its production and not known to have been shown in public, now joins them there.