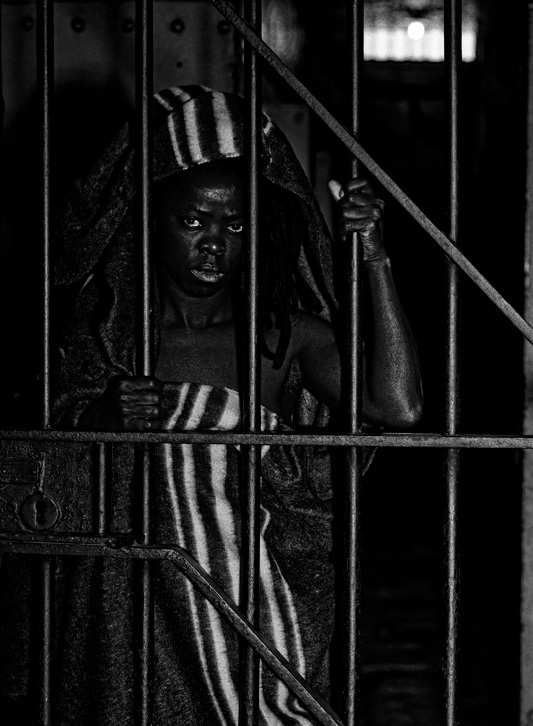 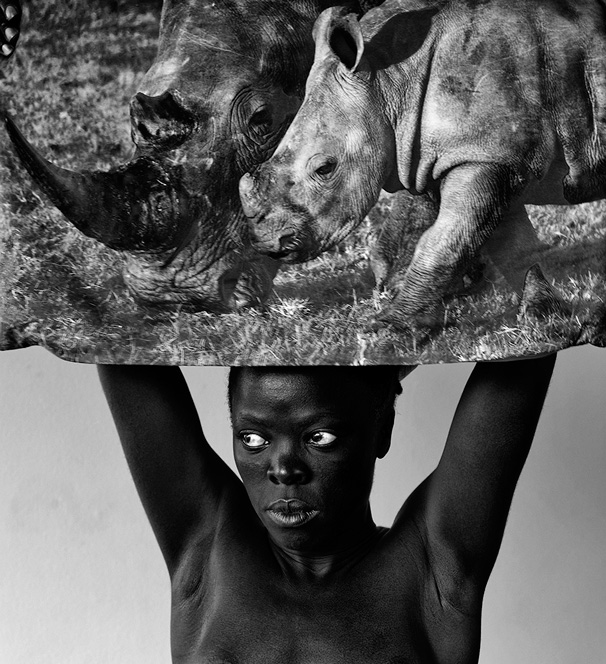 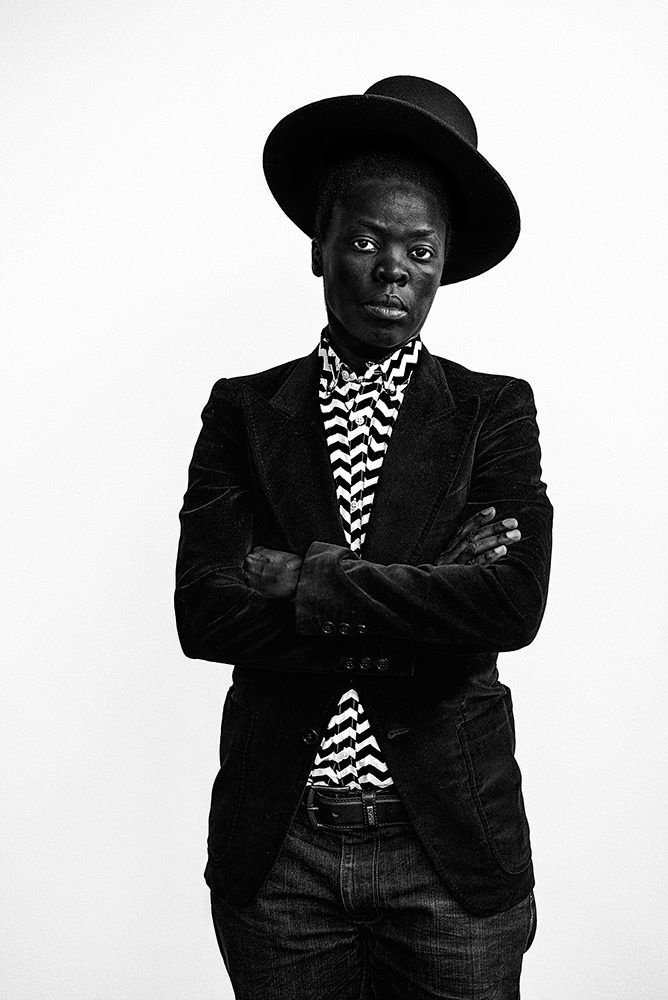 Zanele Muholi is a South African artist who works with photography to record the experience of LGBTQI people, especially black gay women in Africa and South Africa.

Bayephi I, Dudu, Parktown and Muholi Muholi, Parktown, are all part of Muholi’s series Somnyama Ngoyama: Hail the Dark Lioness, in which they – Muholi’s chosen pronoun – have created a series of self-portraits to record the experience of being black and gay. The intention of this ongoing project is to produce 365 images in all, because ‘we live as black people 365 days a year’, Muholi has said.

In Bayephi I, Muholi is seen behind bars in an image that invites the viewer to consider the history of black incarceration. Dudu, Parktown meanwhile, makes a reference to stereotypical images of Africa, with a bare-chested Muholi raising an image of a rhino above their head. In Muholi Muholi, the artist is represented as a dandy, a reference to 20th-century African studio photography.

These works join Bristol Museum & Art Gallery, which houses the British Empire and Commonwealth Collection, an archive of 500,000 photographs and 2,000 films recording life in the British Empire. Muholi’s works now offer an important counterpart to the images in this collection.

PrintSilver gelatin photograph; numbered 3 in an edition of 8 (+2 AP)