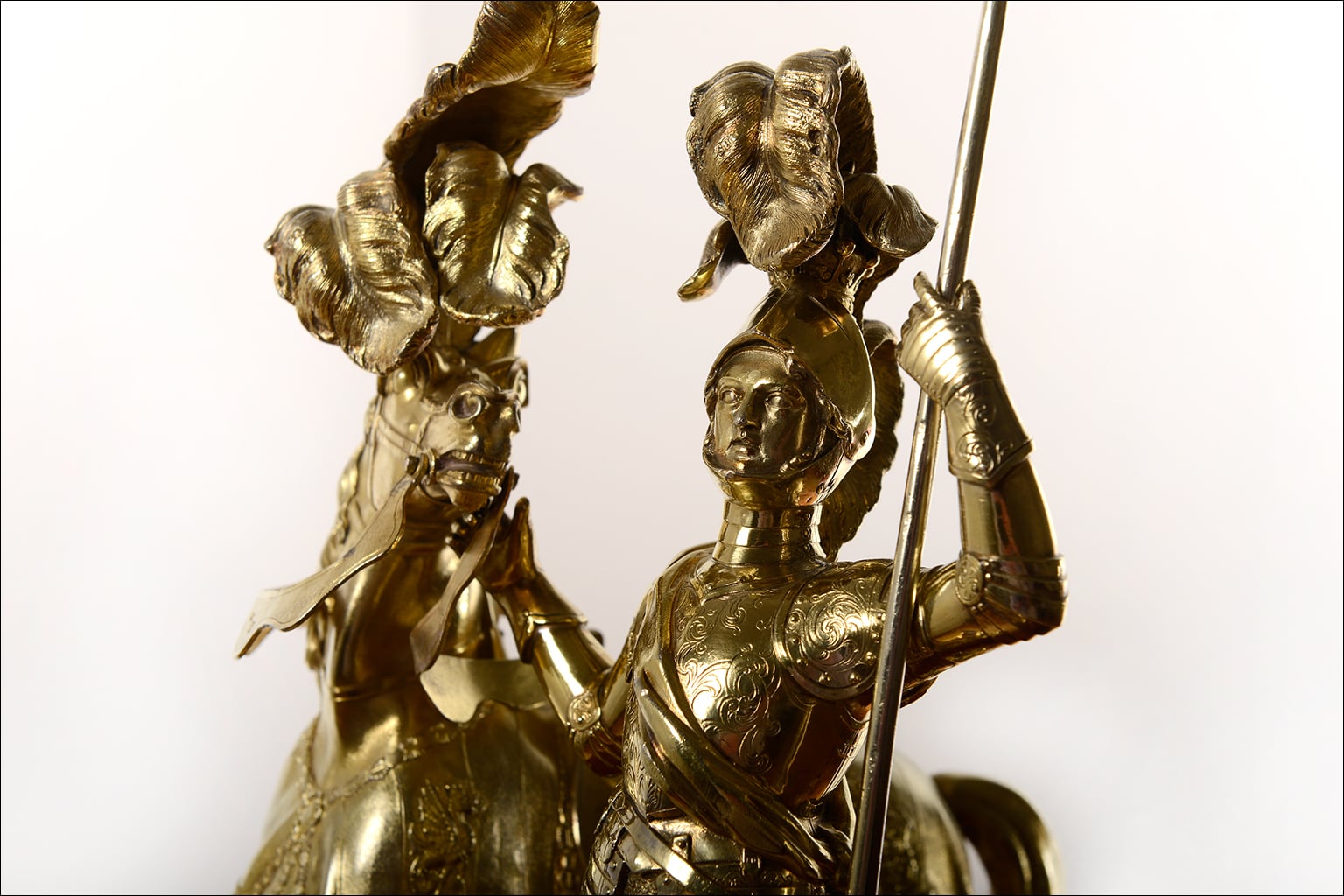 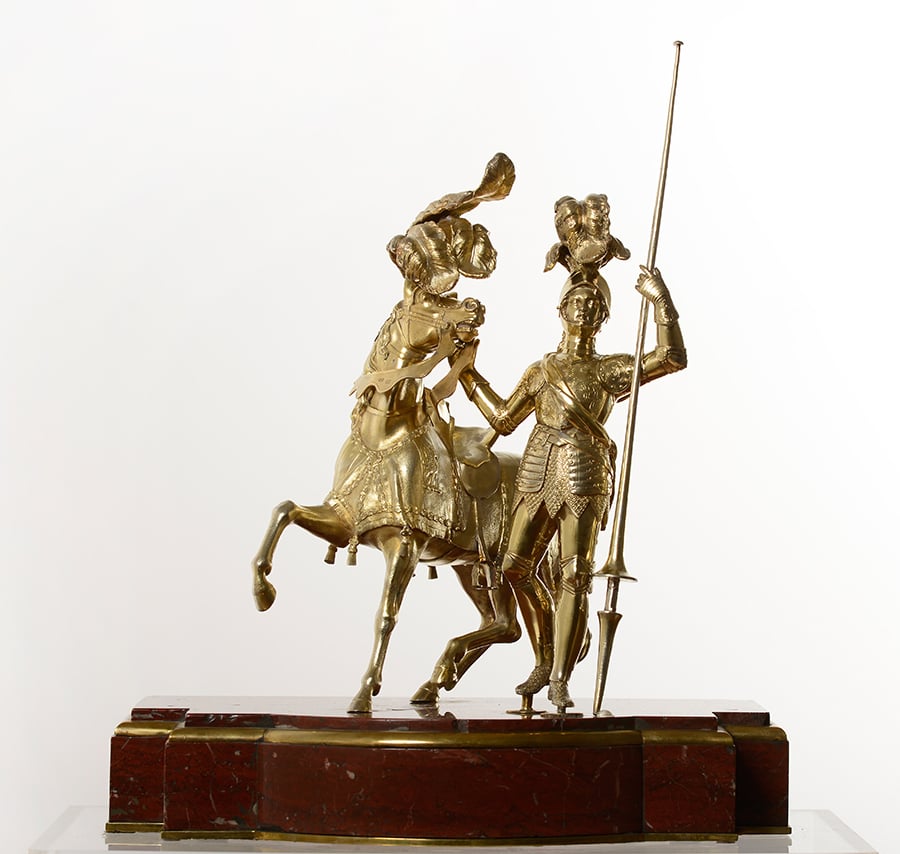 Statuette of 13th Earl of Eglinton and Horse

In 1839 Archibald Montgomerie, the 13th Earl of Eglinton, organised a grand reenactment of a medieval tournament in the Romantic style, transforming his home into a lavishly decorated Gothic castle.

One of the last great Gothic Revival events, the Eglinton Tournament attracted 100,000 spectators and distinguished visitors including Louis-Napoléon Bonaparte, the future emperor of France. The event was run at huge expense, almost bankrupting Lord Eglinton, and the tournament was postponed following a downpour on the planned date. It was resolutely criticised by the Whig party, but continued to inspire similar events as late as the Tournament of Brussels in 1905. Mark Girouard, a historian of chivalry, described the tournament as 'the most obviously famous product of 19th-century chivalry in Britain'. Following the tournament, 300 citizens of Glasgow presented a magnificent candelabrum centrepiece, known as the Glasgow Eglinton Memorial, to the Earl of Eglinton. In a Christie's catalogue of 1922, the memorial is described as 'a candelabrum, the stem supporting branches for nine lights, surmounted by a military trophy, and with figure of a knight and warhorse at the base, on triangular pedestal chased with tournament scenes'. In the 20th century most of the memorial was melted down to claim its value in scrap, leaving only the base and its statue remaining. This statue is the sole surviving element of the memorial. Created by Benjamin Smith, it shows Lord Eglinton in his tournament outfit and regalia, standing beside a horse in demi-armour emblazoned with the Eglinton coat of arms.

Presented by the citizens of Glasgow to Earl of Eglinton, 1839; sold Christie's; sold at Dorotheum, Vienna, 2012, where bought by present owner. Art Loss Register and LSAD searches have been carried out.

Statuette of 13th Earl of Eglinton and Horse