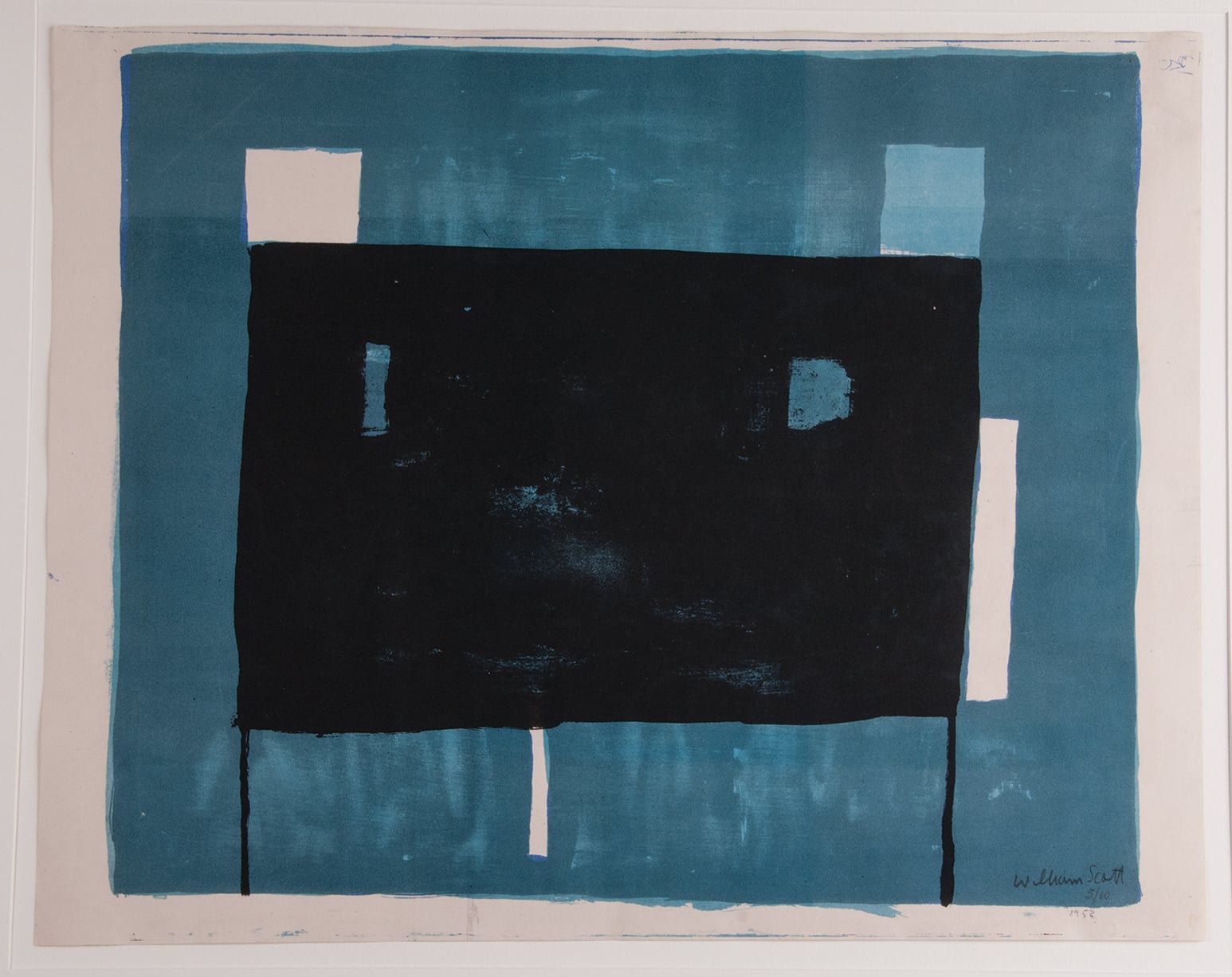 The Art Fund’s Small Grants scheme can provide support for museums looking to obtain grants of up to £7,500. The Fermanagh County Museum had originally applied to acquire the lithograph Blue, Black and White Composition by Wiliam Scott at auction. Although the Museum had been successful in their application to the Art Fund, they were outbid in the auction room. However, the quick response the Art Fund can provide within this funding bracket meant that Fermanagh could in turn seize the opportunity to purchase the work when it came up again on the market.

Hilton Kramer, art critic for The New York Times from 1965 to 1982, called William Scott ‘the best painter of his generation in England’. This lithograph, printed at the Bath Academy of Art where Scott taught alongside artists Peter Lanyon and Terry Frost, is a particularly rare example of this talent. As it was published privately, there is no record of another version of the print ever being offered at auction before. The work is of importance too in exemplifying a key stage in Scott’s artistic development, specifically his shift towards a more flattened style. While the subject remains traditional – a still life of a table – it is rendered in such a way as to concentrate the scene into an arrangement of simple, geometric elements.

Scott was raised in Enniskillen near the current site of the Fermanagh County Museum, making the print a valuable addition to the museum’s collection both artistically and as a piece of local history. The museum holds one of the world’s most significant collections of Scott’s work, and this lithograph provides a fascinating comparison to the works held by the museum. The acquisition of the work, made in time for William Scott’s centenary, was a fantastic addition to the exhibition held in conjunction with the occasion.