Main grant plus a public appeal 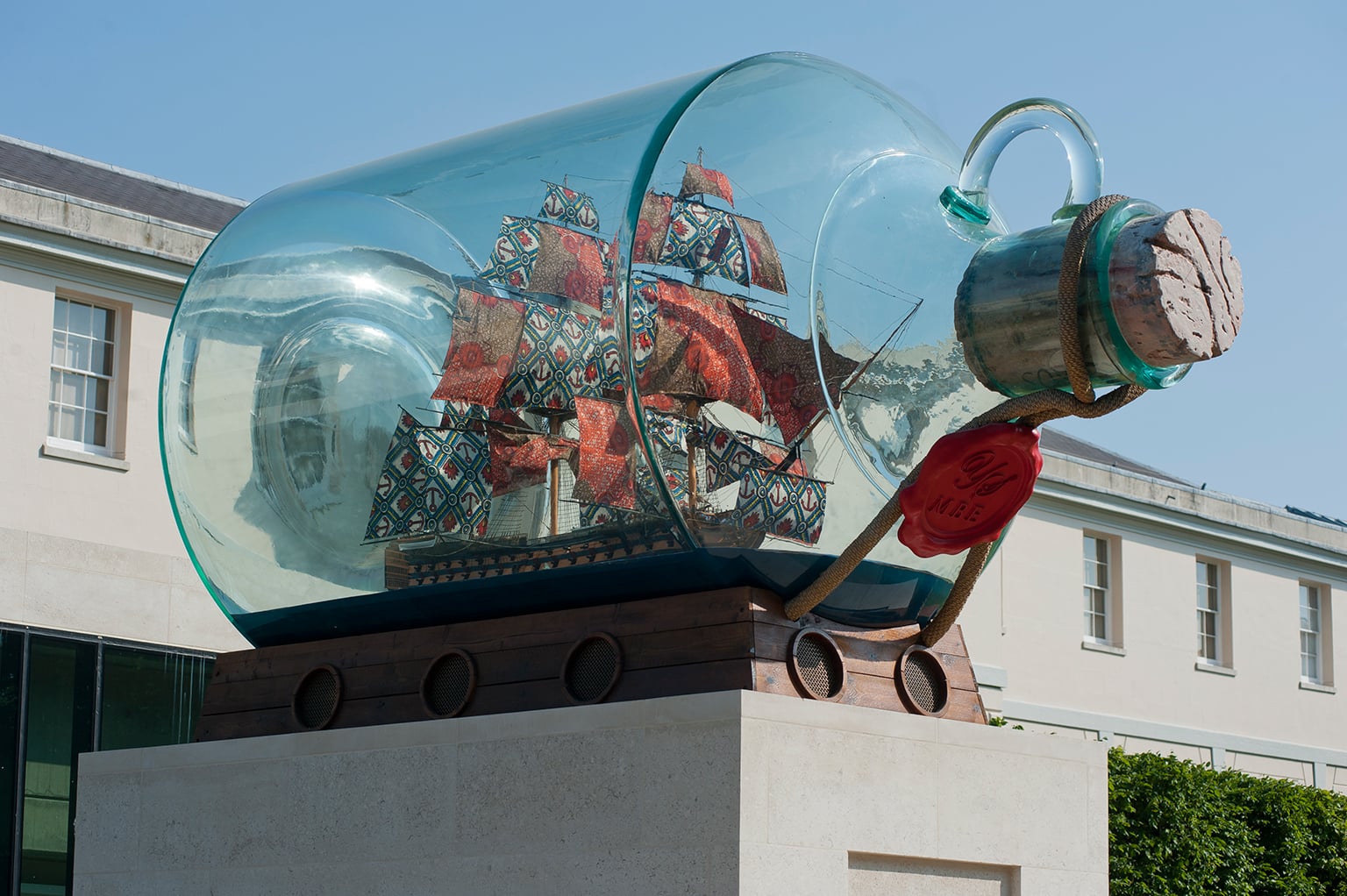 Beyond its main grant-giving role, the Art Fund also works with museums and galleries on their individual fundraising campaigns, helping to encourage public support. In 2011 we launched our first campaign for a contemporary work of art, to help raise the funds needed by the National Maritime Museum to acquire Yinka Shonibare’s sculpture Nelson’s Ship in a Bottle. We kick-started the funding drive with a grant of £50,000, and £250,000 was then raised by the public, mostly through the generosity of individual donations.

The work itself is a scale miniature of HMS Victory, the ship captained by Nelson, and was originally commissioned by the Greater London Authority for Trafalgar Square’s Fourth Plinth, where it stood from May 2010 to January 2012. While the work is an exact scale replica of the historical Victory, the sails are made from Dutch Wax fabric, a hallmark of Shonibare’s work. The fabric is indelibly linked with African dress and identity, but is in fact produced in Holland. The work not only considers the legacy of British colonialism and its expansion in trade and Empire, made possible through the new trade routes that Nelson’s victory provided, but also acknowledges the contradictions inherent to national identity and patriotism.

It is fitting that Shonibare’s sculpture is positioned at the Maritime Museum, which already houses a rich and varied collection of art and items relating to Britain’s maritime history, including those associated with Nelson and the Battle of Trafalgar. Nelson’s Ship in a Bottle offers a unique angle on this existing collection and provides an interesting way of accessing the challenging themes it raises. Indeed, it was the focus of a learning programme run by the Museum following the acquisition, which we also funded. This programme sought to engage and build new audiences, with a packed roster of activities including African craft workshops, summer schools, debates on globalisation and a talk from Shonibare himself.

This campaign ensured this much-loved work found a permanent home at the National Maritime Museum and continues to enrich the existing collection by highlighting the enduring relevance of Britain’s maritime history.